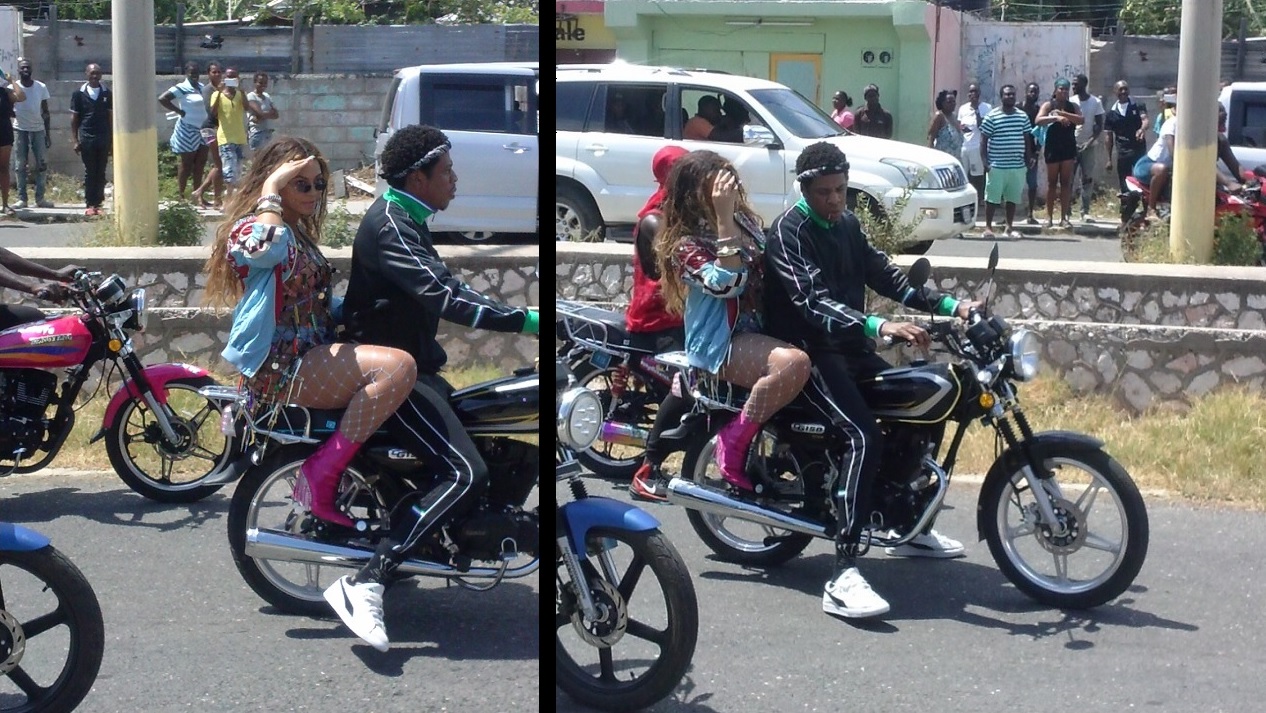 Beyonce and Jay Z on a motorbike during a video shoot in Trench Town on Tuesday afternoon.

Hip Hop power couple, Jay-Z and Beyonce transformed the normally docile day activities of Trench Town into a Hollywood movie set on Tuesday, with the shooting of a video scene along Collie Smith Drive in the community, the birth place of reggae music.

The presence of a high-level security detail made it clear to those venturing into the area, the status of the individuals involved, as some of the major streets leading to the scene were blocked off with both police and private security standing guard.

It got tighter closer to the scene, which involved Jay Z riding a 'Yeng Yeng' bike up Collie Smith Drive with wife Beyonce coolly nestled on the back in a blue sweat top that covered a short set that complemented the pink shoes she wore. The diva completed her outfit with a diva-like shades.

Jay Z was simple - the rap legend had on a sweat suit with a kerchief wrapped around his head.

While the power couple was the lead, the scene also involved a number of riders behind them.

The scene had many takes, with the residents of the area shouting adoringly, "We love you Beyonce".

"Queen B" and "Diva Beyonce" were some of the names they called her, while she waved and smiled approvingly during breaks.

Jay-Z and Beyonce to tour this summer and fall