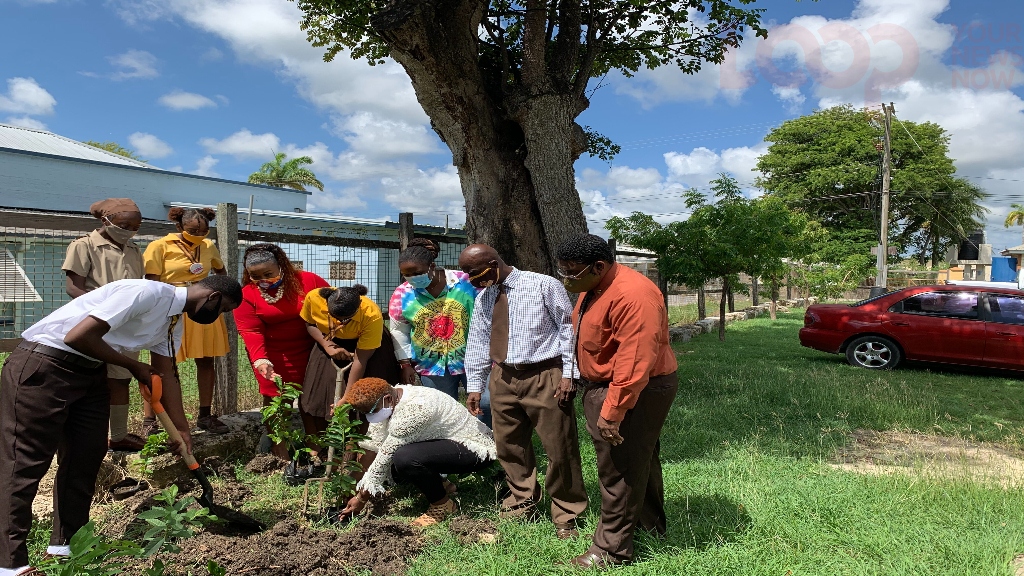 Trees benefit our planet in so many ways, as well as providing us humans with beauty, food and shade. (Lee Reich via AP)

Planting a tree is one of the best things you can do to help the planet, and these days it’s gotten easier.

There’s a better understanding now of what trees need, including when they should generally be planted (the fall).

Their shade can cool things down in summer; as windbreaks, they can slow heat loss; their beauty and delicious fruits and nuts are other perks.

Experts used to recommend planting trees in spring, but that has changed for most species.

With spring planting, there’s a danger that stems can start to grow before the roots are established in the ground.

Fall planting helps avoid that. Stems can’t grow until they have experienced a winter’s worth of cold.

Roots, on the other hand, grow whenever the soil temperature is above about 40 degrees, so they can still make use of summer’s lingering heat in the ground.

Smaller nursery trees establish more quickly in their new homes than larger ones, and usually outgrow them.

But you don’t need to dig as deep as conventional wisdom has held.

New research shows that tree roots take hold best in a cone-shaped planting hole only two to three times the diameter of the root ball.

This need not go deeper than necessary to stand the plant at the same level as it stood at the nursery, or higher, if a mound is needed for improved drainage.

The shallow hole sets plants on a firm base of undisturbed soil that won’t settle with time.

The practice of dumping gravel or some other coarse material into the bottom of the planting hole to help drain away excess water is another dated notion.

What results is the opposite of what was intended: A ‘perched’ water table forms above the layer of gravel; it doesn’t drain until the upper layer becomes saturated.

Yet another myth that can be laid to rest is the recommendation to mix plenty of compost or other organic materials into the soil from the planting hole.

The idea was to create a fluffy, rich substrate for the developing roots.

But, if you were a young root growing in such a place, would you ever want to leave? No.

Spread compost and other organic materials on top of the ground as mulch.

No need to do a lot of work with your pruning tools either.

Myth held that the tops of newly planted trees needed pruning to balance the loss of roots that occurred during transplanting.

But many trees today are sold growing in containers, so they lose no roots at transplanting.

More important is that for every kind of nursery tree, the buds on stems, especially those near the tips, produce hormones that actually stimulate root growth.

In general, limit any pruning to total removal of a few stems rather than lopping back many stems.

Once a tree is in the ground, staking is the traditional next order of business — another practice needing reconsideration.

Generally, don’t stake a tree unless it can’t support itself, if trunk movement causes the root ball to rock, or, if wind might uproot the whole plant.

Even then, support for any young tree should let the top move freely and allow for some wiggle of the trunk, all without causing abrasion where the tie or ties make contact.

With most small trees, remove stakes after one year; larger trees might require stakes left in place for two years.

Before you know it, the tree will appear as a bold, beautiful and useful addition to the landscape.