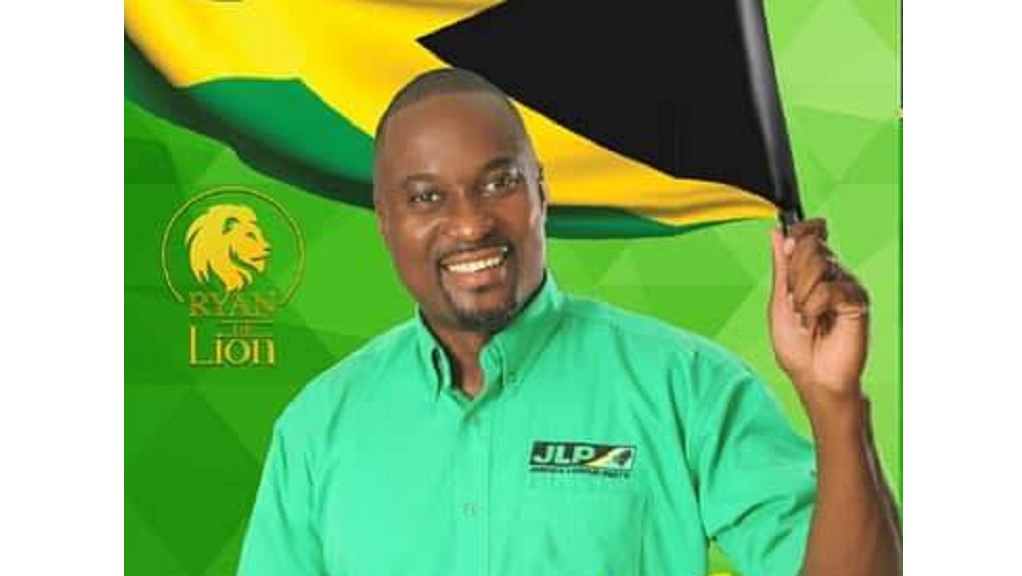 Booted Jamaica Labour Party (JLP) candidate for South East St Ann, Dr Ryan Simpson, says he will not be leaving the constituency, and will in very short order resume his house to house visits, citing that the campaign for the next general elections begins now.

Simpson was removed from the seat days before Nomination Day after it was revealed he breached coronavirus quarantine orders. He was initially replaced by educator Maxine Simpson, but she was also removed by the JLP hierarchy and replaced by fellow educator, Delroy Granston.

Granston would eventually lose the seat by 32 votes to incumbent Member of Parliament (MP), Lisa Hanna of the People's National Party (PNP), at the completion of the official counting of the ballots late on Saturday.

This represents an increase of 18 for Hanna when compared to her initial winning margin of 14 after the preliminary count on Thursday night. She polled 5,122 votes to Granston's 5,090.

Attorneys for the JLP are to decide whether to embark on a magisterial recount as several ballots were rejected for the party during the official counting which began on Friday, one of the party insiders from St Ann indicated.

Despite Granston's unsuccessful bid to win the seat, Simpson commended the constituents for sending a message that South East St Ann was "not for sale nor to be taken for granted", and was no longer a PNP safe seat.

He posted: "My dearest and fellow constituents of Southeast Saint Ann (SESA), I want to thank all of you for coming out on election day to make a very resounding statement in a clear and decisive way that Southeast Saint Ann is not for sale and nor to be taken for granted."

"SESA is no longer a PNP Safe Seat where succeeding candidates do nothing and still win with margins in the thousands," the post further added.

Simpson, a minister of religion, emphasised that "from now on, it (SESA) will be earned by the candidate who will truly value and love the people and work for and with the people and in the best interest of the people."

While recognising that the JLP did not get the votes necessary for victory, he confidently said that his supporters have won in many ways.

He posted: "We did not get the seat in parliament but in many ways WE HAVE WON, therefore you deserve to take a bow."

Meanwhile, Simpsom commended Granston for his eleventh hour representation in the constituency.

"I want to say a special thank you to Mr Delroy Granston who came in at the last moment to stand in the gap and provide a face for the campaign, and I want to thank you all for giving him the support to take us to the finish line," he shared in his Facebook post.

But the ousted JLP candidate quickly asserted that "The work is not over, the campaign begins again, it is no time to slacken up, today is a new day and the first day of our journey to the next victory five years from now."

Addressing concerns whether he will leave or remain in South East St Ann, Simpson posted: "Let me be clear, SESA is my home, I am here to stay, I am not going anywhere! I made you that promise on the first day I came back to my home constituency and I intend to keep that promise no matter what other commitments or appointments may come to me."

In outlining what appeared to be his early start of campaigning, he explained that the JLP's constituency office in South East St Ann remains "open and fully operational, enumerations."

"...canvassing continues and in a very short order I will resume my house to house visits, of course being mindful of the prevailing pandemic and the regulations that govern such activities," Simpson shared, adding that "The Lion roars Again!"

The closeness of the contest came as a shocker on election night, as the constituency is regarded as an impregnable PNP stronghold. Formerly held by the late Seymour 'Foggy' Mullings, the constituency has never been won by the JLP.

Notwithstanding the official and possible magisterial recounts, Hanna took to her social media platforms on Friday to thank her supporters in a wide-ranging post that also touched on the expected departure of Dr Peter Phillips as Opposition Leader and PNP President, based on the landslide 49-14 victory for the governing JLP.

Hanna has a strong history of trouncing JLP candidates who have tried unsuccessfully to boot her from the seat.

In 2016, Ivan Anderson, the JLP's candidate, expressed confidence of securing victory in the seat, backed by the party hierarchy. But Hanna responded by showing her political maturity in delivering another convincing victory margin of 3,137 over her opponent’s 4,877 votes.

Portmore is no longer 'PNP Country'