Another Affair looks a cinch for Seymour ‘Foggy’ Mullings Memorial 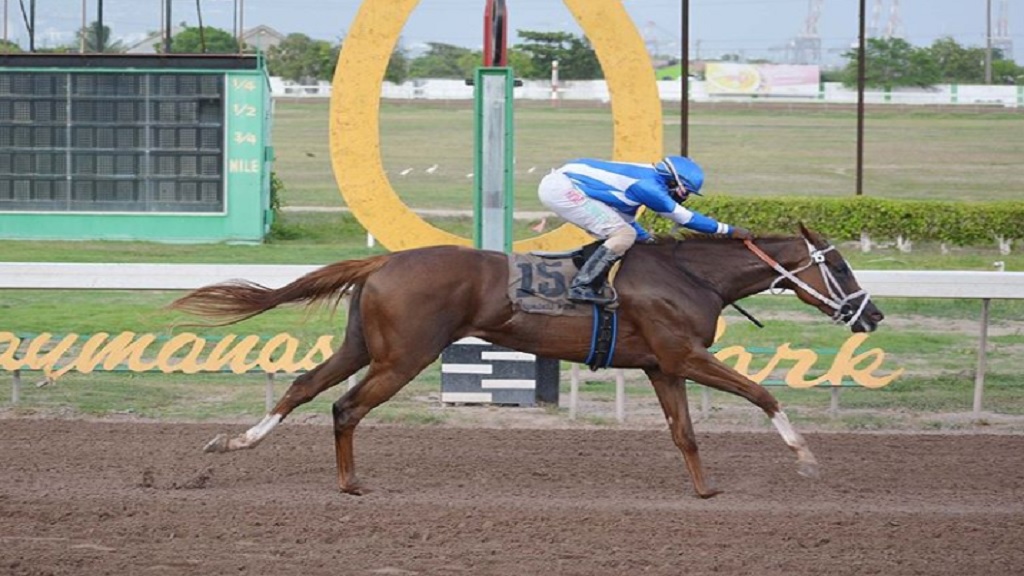 ANOTHER AFFAIR set a cracking pace in the September 26 St Leger at 10 furlongs, leading for six and a half furlongs. EROY last raced on September 13, outsprinted by SIR ALTON in a stakes record 1:11.1 in the Ronron Trophy at six furlongs.

However, in his previous race at a mile, EROY used topweight 126lb to beat subsequent St Leger winner, ANOTHER AFAIR’s stablemate, NIPSTER, by a neck.

ANOTHER AFFAIR has the scale to her advantage, returning at a mile with Dick Cardenas, she has the exact weight she had carried on June 27, 110lb, when beating KING ARTHUR by almost 10 lengths at six and a half furlongs.

EROY has 126lb, allowing ANOTHER AFFAIR 16lb, weight which could cost him down the backstretch. When he had beaten NIPSTER at a mile, EROY enjoyed slow splits for the first half-mile, 48.2, before slipping NIPSTER and hanging on at the wire.

ANOTHER AFFAIR, running with 110lb, is speedy and will use her pace to dominate EROY, with the big weight, in the stretch run.

The Seymour ‘Foggy’ Mullings Memorial is the ninth of 10 races scheduled. First post is 11:35 am.