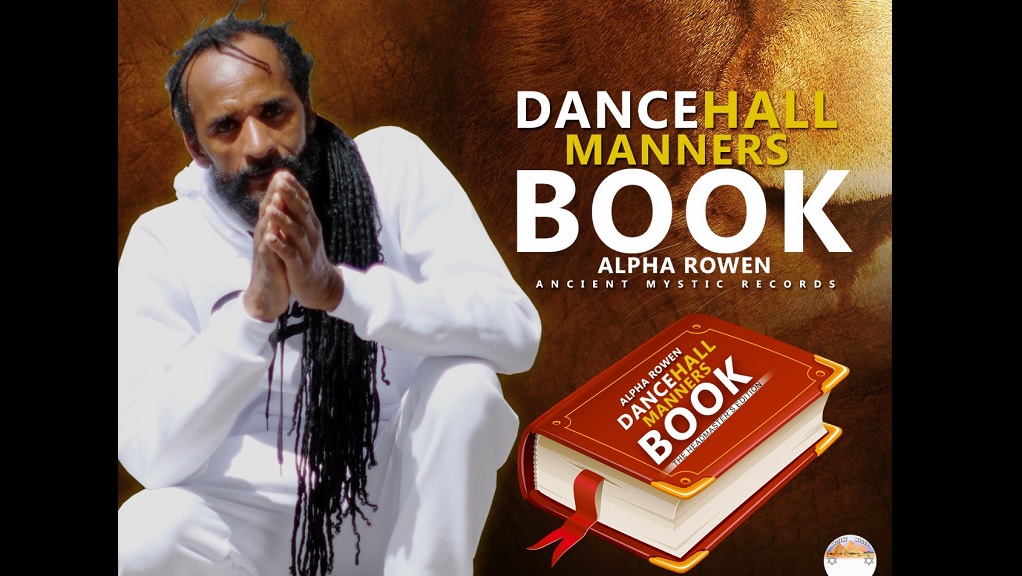 Spanish Town-based artiste Alpha Rowen believes that the age of civility is dead in the realms of dancehall. That is why he is releasing a 14 track album titled 'Dancehall Manners Book',  produced by celebrity chef Durrant Rowe, which he hopes will revive decorum and champion decency and morality.

"The title comes from the close and unmistakable observation that we are in an era of stolen identity. There is a notion that lacking respect and being poorly cultured is talent, this album is providing an overdue and unnecessary correction to that...intellectual mastery, innovation and uniqueness beats disrespect any day. The students need to take heed, I am the unquestionable headmaster," veteran singer Alpha Rowen said.

He believes the album can elevate the discourse in dancehall itself from the current fare of vulgarity, trigger-pulling and glorification of criminality.

"This album shows the depth of what reggae and dancehall can bring to the world. I tackle an unusual array of topics with this album, and it has already started to generate an amazing groundswell in the underground and is now percolating on a mainstream level like nothing else out there," Alpha Rowen said.

Songs such as the sexy 'Love Potion', the fashion world-conscious 'The Catwalk' and the title track 'Dancehall Manners Book' show the different sides of a well-rounded artiste. Rowen also shows his 'rude bwoy' roots, taking on the whole fraternity, with the hard-hitting, tongue-twisting 'Badda Dan Yuh Artiste'.

The song, which was produced by Earl Sterling, was released on the SMP Records imprint in 2019. Since its release, the song has enjoyed heavy rotation on several popular local radio stations, including RJR 94 FM and HITZ 92 FM.

"I am very grateful for all the support that my song is getting; it's doing well both locally and overseas," he said.

Rowen said that even though Vybz Kartel is the current kingpin of dancehall, 'The Teacha' owes his dominance to the Jamaican tendency to embrace aggression,  criminality, blatant disrespect and vulgarity.

"I got no fear in saying that dancehall's most prolific star isn't talented, him just no have no manners, self-love nor discipline. Our society celebrates vulgarity and disrespect, and the rest is history," he said.

Alpha Rowen is known for songs such as 'Chakka Chakka', 'What Can I Do Lord', 'Africa's Calling', 'Beat Dem and Teach Dem', and 'Murder'. He released his first album, 'The Teacher', on Jet Star, one of the largest distributors of reggae music in the UK, in 2001.

"Jet Star declared Alpha Rowen 'The Teacher' in 2001, it's after that Kartel started to call himself Teacha," he said.

Kartel and Tashina combine for the 'Best Love Ever'