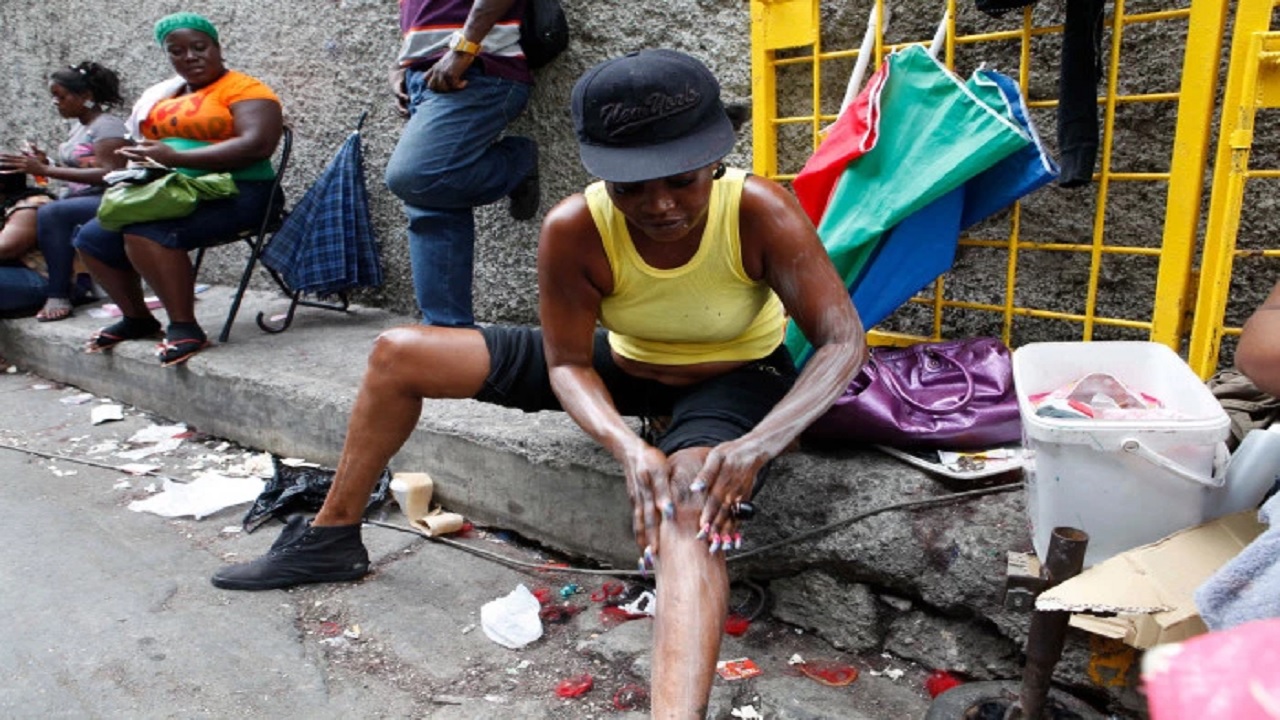 In this AP file photo taken February 15, 2011, a woman applies skin lightening cream to her legs in downtown Kingston.

It's Emancipation Day. But, despite being the forerunner in black liberation struggles and the birthplace of the world’s leading philosopher of the 20th and 21st centuries, Jamaica still has a far way to go in terms of its level of black consciousness.

Jamaicans are far from being emancipated from the shackles of the hangovers of slavery and colonialism as self-hate is rife throughout the black population.

Listed below are some of the reasons why our editorial team believes that many of the descendants of slaves in Jamaica are far from being emancipated.

1. Skin bleaching – Many Jamaicans see their black skin as something demeaning and strive for a lighter complexion. As such, business is booming in the skin bleaching cream industry as many damage their precious melanin with chemicals to achieve a lighter skin tone. The unhealthy practice is accepted as the norm especially among those in the lower social strata and has been given legitimacy by leading lights in the dancehall industry. 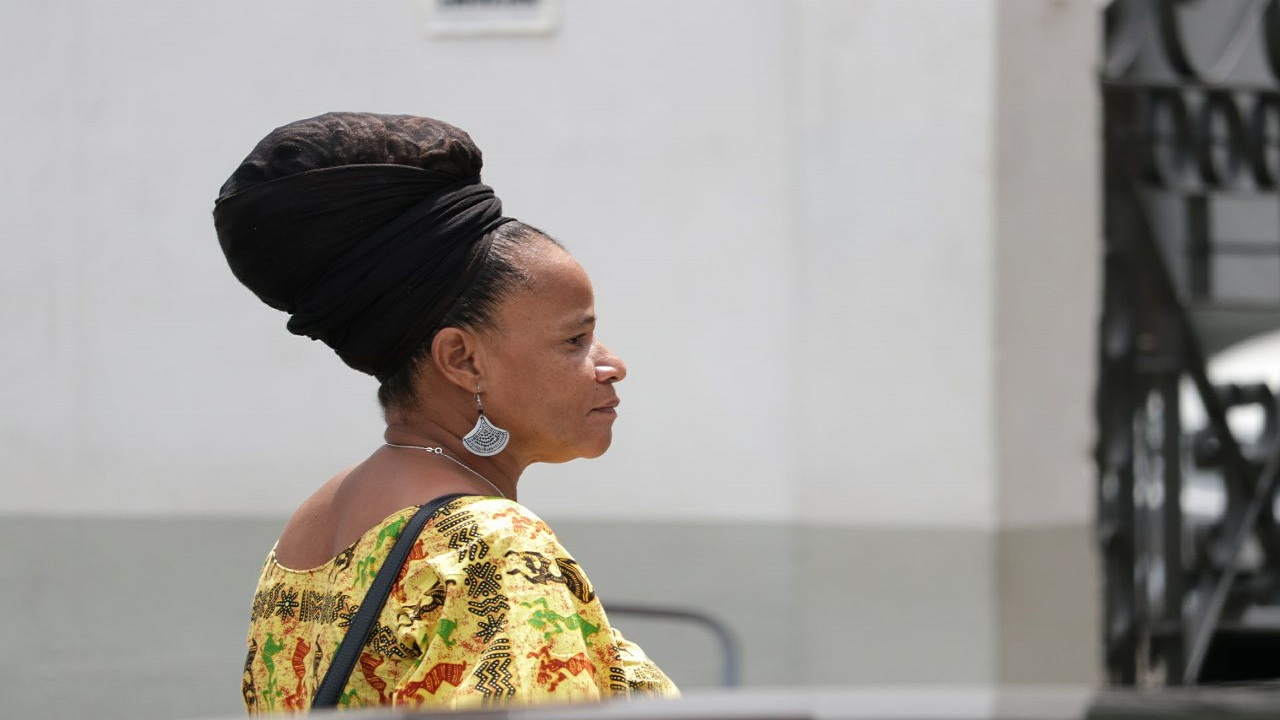 A Rastafarian woman with her natural locks

2. The ‘kinks’ in their mind – Even though locks and other natural hairstyles have become more acceptable in Jamaican society and are no longer looked upon scornfully as nasty, many black Jamaicans still straighten their hair or wear wigs to mask the beauty of their nappy, kinky, natural hair. Round lips and noses are still viewed as ugly and unbecoming. Many still have not taken the kinks out of their mind.

3. ‘Anything black nuh good’ – Unfortunately, still very much part of our culture is the perception that "anything black nuh good”. It’s partly what has fueled our ‘foreign taste’, with ‘local’ being viewed as inferior across all spheres including at the workplace. Tourists tout our ‘warmth’ and ‘generosity’ toward them, but we have little regard for each other in many instances.

4. The White Jesus – Many Jamaicans still get hot under the collar if the whitened image of Jesus which is prevalent in many homes and churches is questioned or criticized. They will argue vehemently that the colour of Jesus does not matter but will not accept an image of him in their likeness.

5. Political ‘gods’ – Many Jamaicans are still beholden to politicians and are still not aware that those elected to office are public servants and not their masters.

6. Crab in a barrel – Black Jamaicans sometimes hate to see one of their own move up the social and economic ladder and will do anything to reverse that progress. That syndrome is popularly called “bad mind” and is sometimes the cause of serious crimes committed in the nation. The crab in the barrel syndrome is very much alive. Most have no problem playing maid, butler and gardener to those of lighter hue. 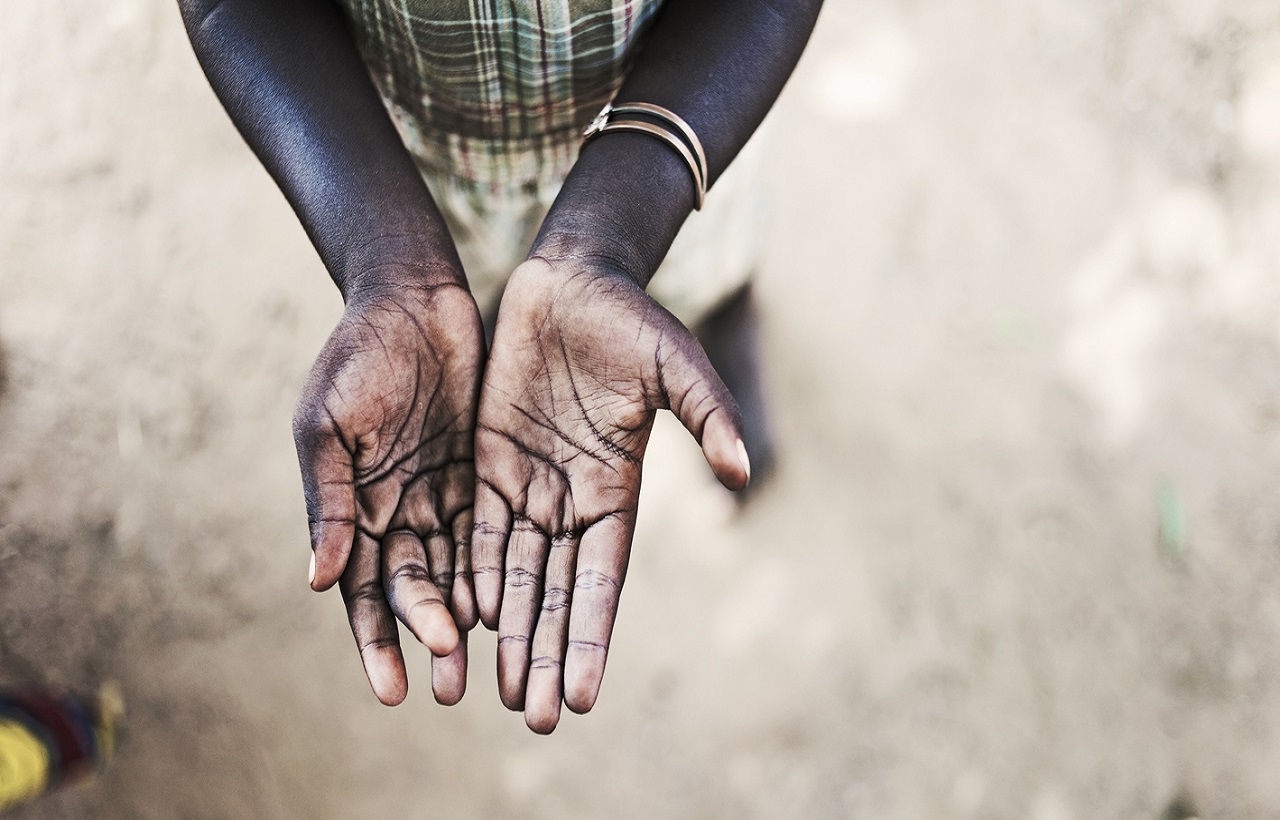 7. Darker skinned people are still ridiculed - It is also amazing that in the information age, many Jamaicans still find fun in ridiculing those with a dark shade of skin, calling them Blacka, Darkness, Midnight, Kong, Kunta Kinte and other names that are perceived as 'insulting'.

8. Repatriation and reparations – Many black Jamaicans are either disinterested or ignorant of the economic, social and political importance of reparations and repatriation. Many see Mother Africa as a land of savages as taught to them through the eyes of those who tainted history and have no belief in the philosophy of the Rt Honourable Marcus Mosiah Garvey of Africa for the Africans at home and abroad.

9. Watering down the black – Many Jamaicans of primarily African ancestry regularly tout their minor European heritage, and sometimes even exaggerate the extent of their white bloodline, but never celebrate their ties to Africa.

Emancipate Yourself Quiz: Test your knowledge of the past