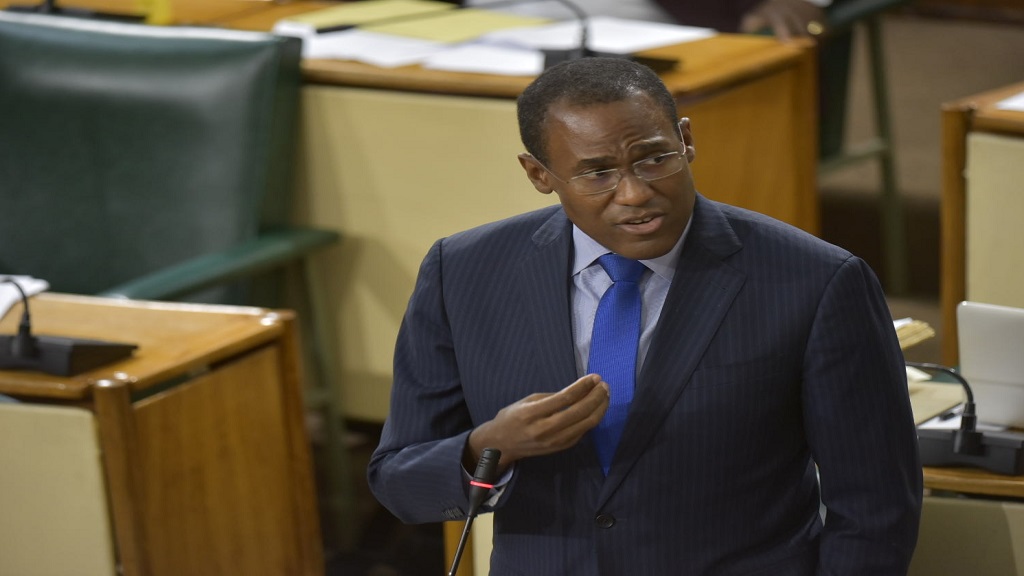 The Government has announced that it intends to spend nearly $16 billion more than previously budgeted during the 2020/21 fiscal year, despite the ravages to the economy brought on by the COVID-19 pandemic.

The increased amount is contained in the Second Supplementary Estimates that were tabled in the House of Representatives on Tuesday by Finance and Public Service Minister, Dr Nigel Clarke. It pushes the overall budget to $853.7 billion.

Clarke acknowledged the fallout caused by the COVID-19 crisis but highlighted some bright spots including the fact that the preliminary numbers for the six months ending September 30 show that overall revenues were $8 billion, or three per cent above what was budgeted in the First Supplementary Estimates.

However, revenues were running nearly 19 per cent below the corresponding six-month period in 2019. Pay-as-you earn (PAYE) taxation for the first six months of this financial year was three per cent higher than the first six months of the last financial year, and Clarke noted that preliminary figures show consumption taxes were also up, although they were 14 per cent lower when compared to the same period last year.

The aim of the administration is to spend more in order to generate economic activity in an economy that has seen most of its tourism earnings, which account for more than 30 per cent of government revenue, wiped out.

“Even in the face of the worst pandemic, we will be scaling up public investment in the Second Supplementary Estimates. Increasing public investment at this time can help revive economic activity and maintain jobs. It is also an important signal to the private sector of the government's confidence about the future,” Clarke stated.

To this end, the administration has increased the capital side of the budget by $6 billion. Of this amount, $4.6 billion will go towards the South Coast Highway Improvement Project.

He told the House that the proposed increases in the budget will be financed by the anticipated revenue over-performance, as well as by the further reduction of the primary balance target from 3.5 per cent of gross domestic product (GDP) to 3.1 per cent of GDP.

“With a lower GDP growth projection and the prolonged intensity of the pandemic, some downward revision of the primary balance target was unavoidable,” said Clarke.

Given the prolonged and increasing impact of the pandemic, and taking the revenue forecast into consideration, Clarke said the Government has found it necessary to increase expenditure to meet COVID-19-related needs in health, education, and social welfare in further unemployment support.

The finance minister noted that recurrent expenditure will be focused on extending the support elements of the Government's COVID-19 Allocation of Resources to Employees (CARE) Programme, specifically the Supporting Employees with Transfer of Cash (SET Cash) which provides $18,000 monthly to persons who were employed before the pandemic hit. For those persons who are still unemployed, the benefit will be extended until December.

“We will also be extending the cash component of the CARE Programme that supports employment in the tourism sector by providing that $18,000 a month to businesses which keep on their payroll persons who earn less than the income tax threshold. That extension will cost $5 billion of which $2.2 billion is from a CARE fund, which has not yet been used,” Clarke said.

An additional $1.5 billion has been given to the Ministry of Health and Wellness to aid in the response to COVID-19, which includes a significant increase in healthcare staff.

Additionally, there is a provision of $1 billion to the Ministry of Education to assist in the procurement of tablets/laptops for needy students.

And with the sharp reduction in visitor arrivals, travel tax receipts were down by $9.5 billion.

“The Second Supplementary Estimates for 2020-21 fiscal year have been developed with the framework of this out-turn, as well as taking into consideration the continued impact of the COVID-19 pandemic,” Clarke shared.

He said the first Supplementary Estimates were formulated around a projected decline in the economy of 5.1 per cent of GDP for the fiscal year. However, GDP is now estimated to decline by 7.9 per cent.

The estimates will be reviewed by the Public Administration and Appropriations Committee on Thursday.

PNP steps up pressure on Gov't over chairmanships of House committees