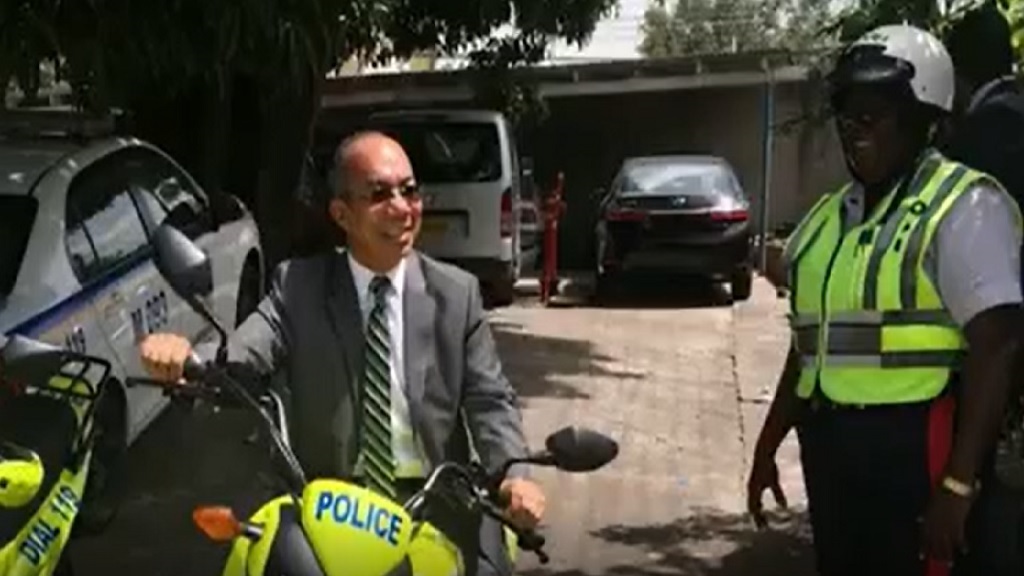 Members of the Jamaica Constabulary Force (JCF) have come out to commend one of their own, Corporal Beverly Nairne, who was recently recognised by the Minister of National Security, Dr Horace Chang, for her years of exemplary service to the constabulary.

Corporal Nairne is, interestingly, the only female outrider in the JCF, meaning that she is part of the team of police bike operators who provide official outrider services.

In recognition of International Women’s Day celebrations recently, she was specially recognised by the minister, among the JCF's female members in general, for their service to the organisation and the country.

JCF officials said Corporal Nairne has been serving in the force for over 20 years.

“The minister is honoured to have as a member of his security detail, the only female outrider in the Jamaica Constabulary Force,” a message on the JCF’s official Twitter page stated.

“With a sense of pride and great respect, I express thanks to all Jamaican women, especially our uniformed officers, on International Women’s Day,” stated Chang in his commendation.

“I further laud Corporal Beverley Nairne, a member of my security detail who has distinguished herself as a stellar professional and valuable member of the team,” the minister added.

Since being lauded by the minister, members of the JCF have joined in to congratulate Corporal Nairne on the work she has been doing.

“I have known her for several years, and during that time she has displayed herself as hardworking and dedicated,” said a senior member of the JCF.

"She is the perfect example of a person who is dedicated and hardworking," said another officer.

Spalding cop was ill-equipped for the situation - Horace Chang

Outrage: Federation lashes out at security minister's criticism of JCF