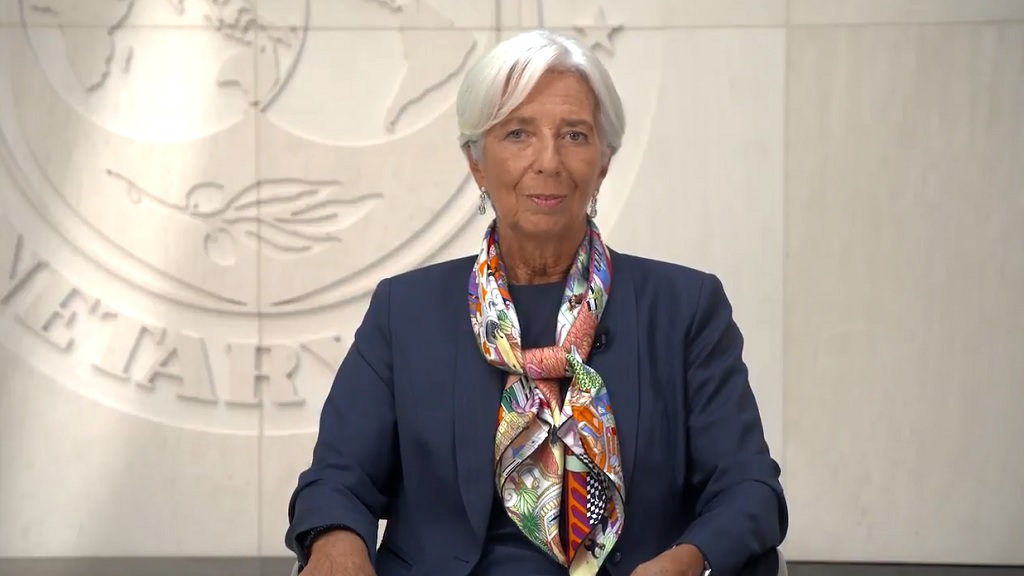 Christine Lagarde delivered a message to the Jamaican people via video earlier this week.

Former Managing Director of the International Monetary Fund (IMF), Christine Lagarde has congratulated Jamaica for the successful completion of the country’s economic reform programme supported by the IMF’s Stand-By Arrangement.

The former IMF boss, who is set to take over as head of the European Central Bank, delivered a message to the Jamaican people via video earlier this week.

She said the Jamaican authorities’ exemplary programme implementation has resulted in a stronger economy with a significant reduction in vulnerabilities and increased job creation.

Watch the video for Largarde’s remarks

Jamaica’s current programme with the IMF is scheduled to officially end in November. The country will, however, continue to benefit from technical assistance, and the Jamaica office will be maintained for an additional two years.

The island’s latest relationship with the IMF started in 2013 when the country entered into a four-year US$932 million Extended Fund Facility (EFF).

This arrangement ended in 2016 when it was replaced by a US$1.6 billion Precautionary Stand-By Arrangement.

J’ca given thumbs up after financial system assessment by IMF

VIDEO: Sarri admits Juve job could be his last