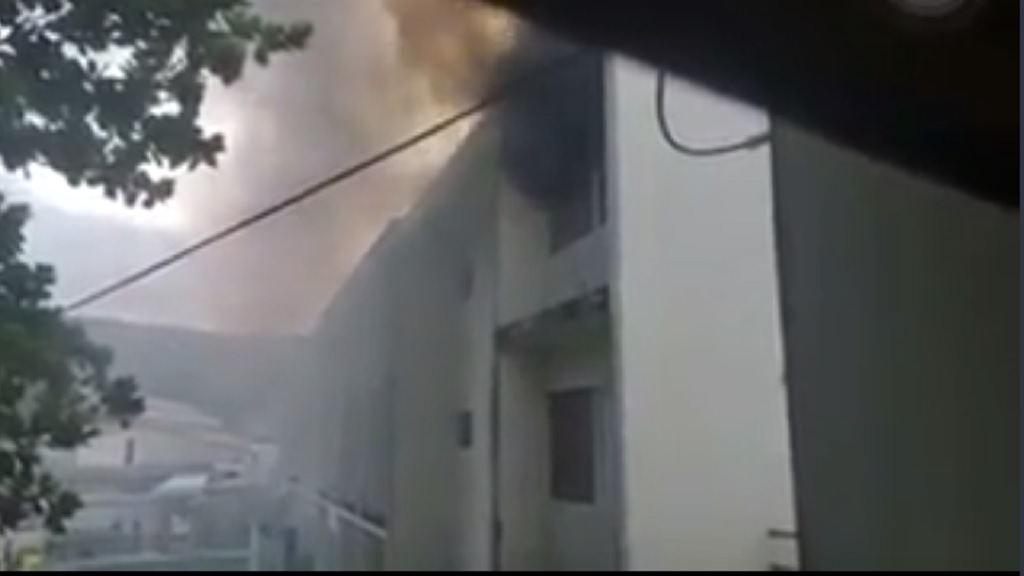 A screen grab from a video of a second-floor fire at the College of Agriculture, Science and Education (CASE) in Passley Garden, Portland on Friday afternoon.

There were frightening scenes at the east campus of the College of Agriculture, Science and Education (CASE) in Passley Gardens, Portland, when fire broke out in a female dorm.

While no one was injured, there were frantic scenes on Friday as some students initially thought a female was inside the room at the time of the blaze.

In a video obtained by Loop News, a female student can be heard frantically calling the name of another student who was believed to be in the room. However, it is understood that female was ultimately unharmed by the blaze.

Official reports are that the fire department in Port Antonio was contacted at about 4pm in relation to a fire that was confined to a female dorm room on the second floor of the building.

On the arrival of fire personnel, students on location had already been employing various methods, including using buckets of water, to prevent the blaze from spreading to other rooms.

The firefighters took over the operations and later extinguished the blaze.

It is still not yet clear what caused it, but initial estimates have put the damage at over $1 million.

Further investigations are ongoing into the incident.

Brave residents help save Gayle Market from being destroyed in fire