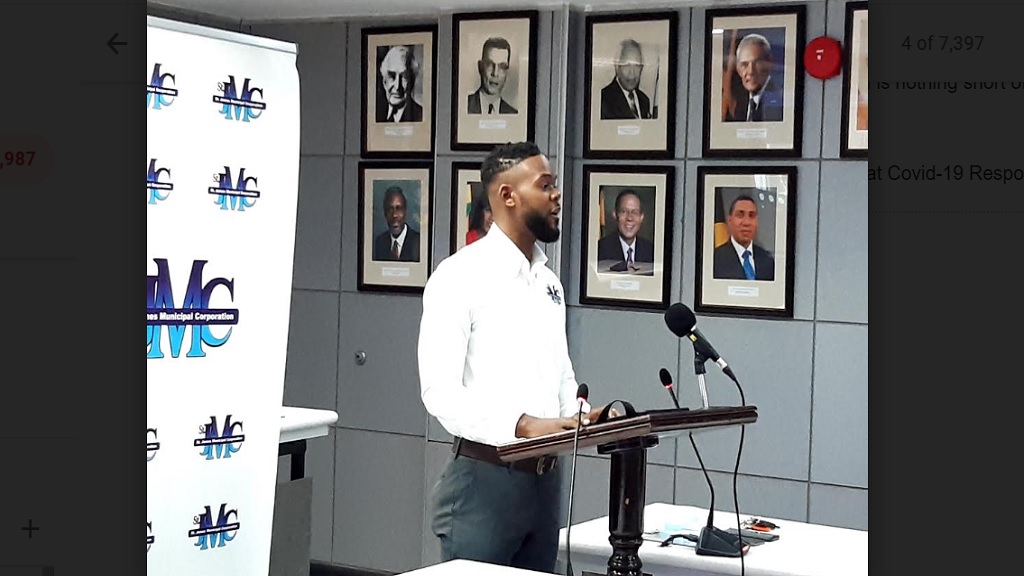 Over 3,000 inner-city residents in Montego Bay, St James are projected to benefit from the US$100,000 St James Municipal Corporation/UN Habitat COVID-19 Response programme that was launched last week.

The funds for the programme are to be provided by UN Habitat to the St James Municipal Corporation.

The project, which officially kicks into gear this week and is slated to be completed by the end of September, is to be undertaken in the designated communities of Canterbury, Albion Lane, William Street and Paradise Row.

Speaking at Wednesday's launch at the St James Municipal Corporation, Councillor for the Montego Bay South Division, Richard Vernon of the Jamaica Labour Party (JLP), outlined that the supply of care packages to 450 households, removal of bulky waste, and an education campaign are among the key components of the project.

"We will be implementing a project constituted of three main components; (the) first component is an educational campaign through murals, fliers, town cry and community engagement; the second component is sanitisation through the removal of bulky waste, cleaning of (the) North Gully, construction of skips, washing and sanitising public spaces, distribution of sanitisers and community-produced masks. And the third component is the supply of care packages to cover at least 450 households. The project will impact over 3,000 residents of these communities," stated Vernon.

He emphasised that the project is especially significant to the targeted vulnerable inner-city communities.

"I want to emphasise the significance of this project to the communities within which it will be implemented - the designated communities of Canterbury, Albion Lane, William Street and Paradise Rowe. They have all the tenets to make an outbreak explosive, (and) as such, pre-emptive actions must be implemented, and these implementations must have medium to long-term implications. The approval of the COVID-19 response proposal is nothing short of timely," said Vernon.