US woman gets head stuck in truck tailpipe 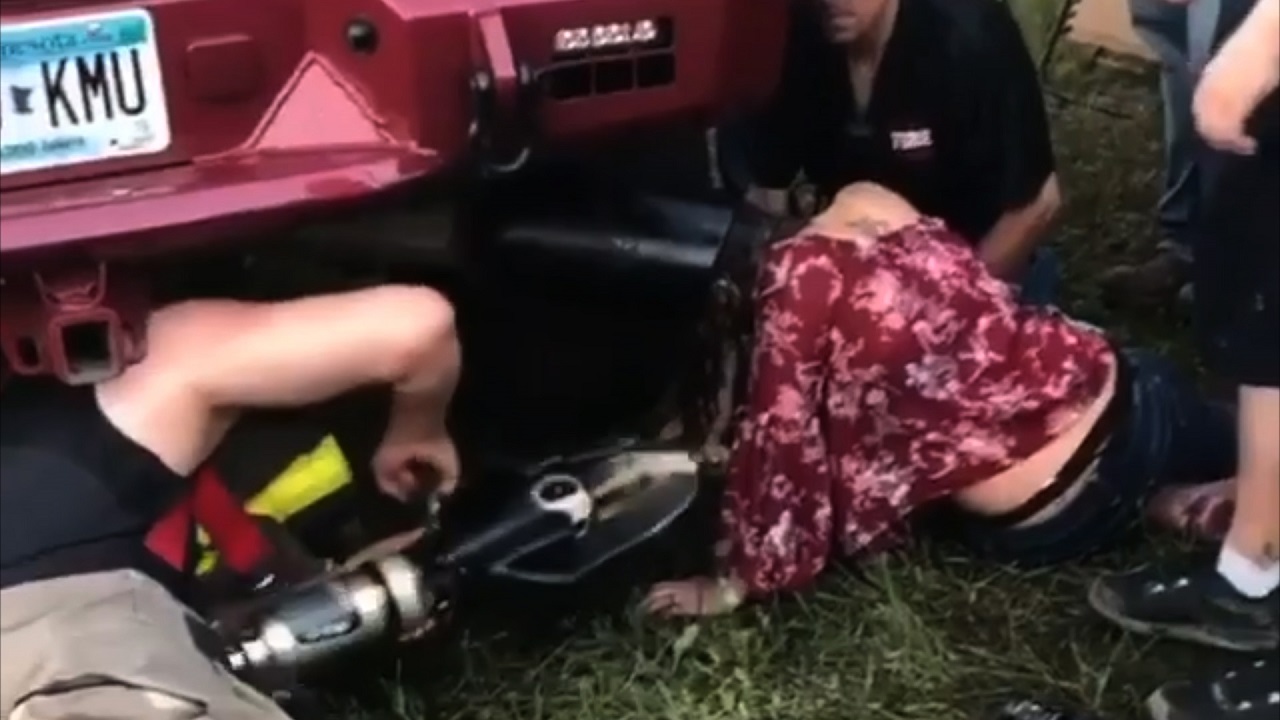 (Image: Screengrab from video posted by Billy Little on Facebook)

A young US woman endured an exhaust-ing ordeal when she got her head stuck in a truck's oversized tailpipe at a Minnesota music festival.

Firefighters used a power saw to free the woman from her predicament at last weekend's Winstock Music Festival in Winsted, about 40 miles west of Minneapolis. Video of the rescue was posted on Facebook and has since been viewed 2.7m times.

The woman, 19-year-old Kaitlyn Strom, later told the Huchinson Leader that the incident happened on Friday while she was hanging out with friends at the festival.

“We were just all having fun and I saw this big exhaust pipe and I was like: ‘Hey, my head could probably fit in that’," she said. “So I tried it. It did fit, but it didn’t want to come back out.”

Strom said she was stuck for about 45 minutes, during which time she tried to remain as calm as possible. She thanked the truck’s owner, who she said had been “wonderful” about it, and said she had learned a valuable lesson: “To not stick my head in a tailpipe.”

The McLeod County Sheriff's Office, meanwhile, says she was cited for underage drinking and escorted out of the festival, AP reports.

And as for the tailpipe, it appears to have gone on display at a Minnesota bar, based on a Facebook post from a local tavern. 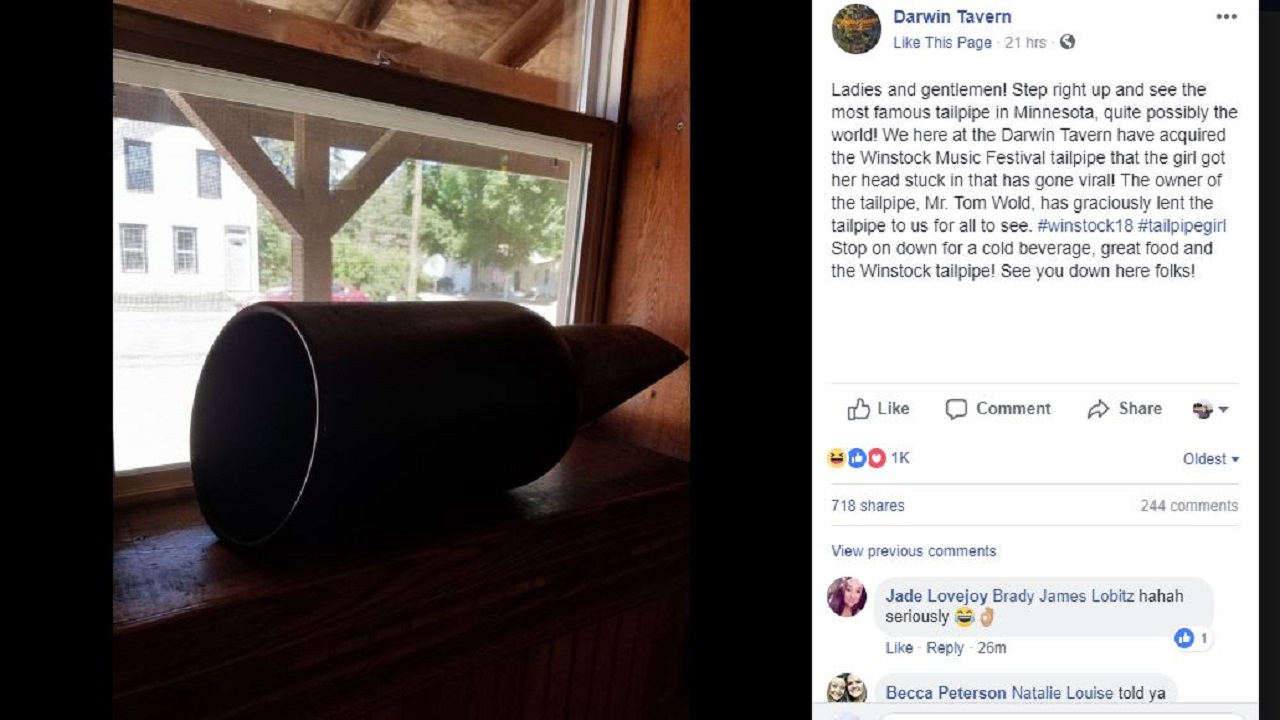