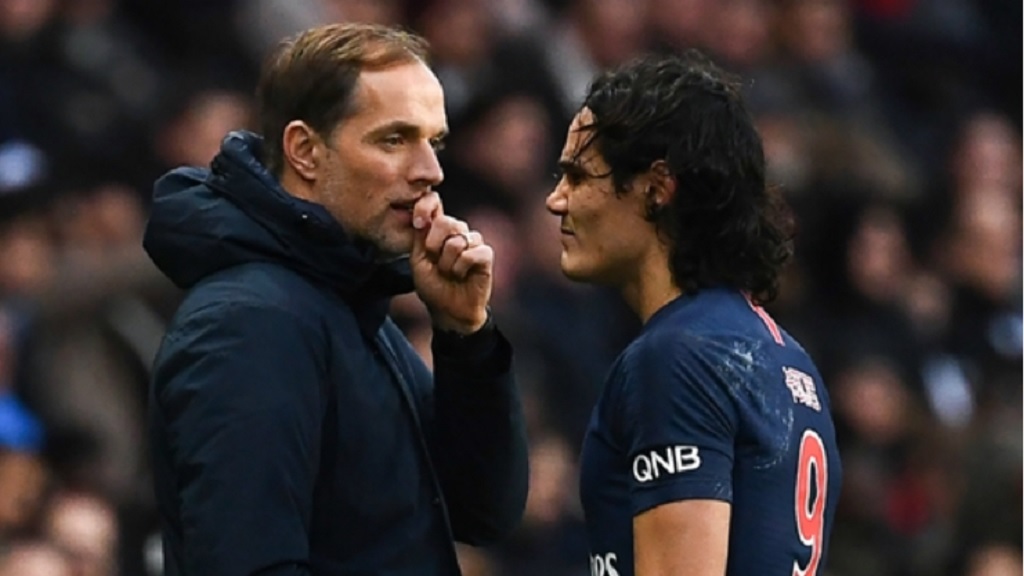 Edinson Cavani is not ready to make his return for Paris Saint-Germain (PSG) and is likely to miss the second leg of their Champions League clash with Manchester United, according to manager Thomas Tuchel.

Cavani has been out of action since suffering a hip injury against Bordeaux on February 9 and the Uruguay international missed PSG's 2-0 win at Old Trafford as a result.

The striker has returned to training with PSG this week but Tuchel told reporters on Friday that the striker is not ready for Saturday's trip to Caen in Ligue 1.

Neymar is also expected to be out of Wednesday's second leg in the French capital but while Tuchel accepts the United game will draw attention, he wants full focus on Caen.

"I have no news of Ney," Tuchel said at a news conference. "Cavani returns today with the team in training for the first time. I do not know if he will do the whole session but he is unavailable for tomorrow. I was too optimistic last time, it's my fault. We cannot take risks, it's too early.

"We are happy that he will resume with us. Being realistic, it's very short for him to play against Manchester United. Stanley N'Soki has a groin strain and Sebastien Cibois is sick and they are both missing tomorrow.

"We have to accept that everyone is thinking a little bit about the Manchester game. But we have a responsibility to be 100 per cent focused on Caen, and play as well as we can, like we have our last matches.

"I have confidence in my players, I know they are very serious about reaching our objectives. We are working on specific aspects of our game and there is no reason why we won't be focused against Caen. If we want to win away, we need to play well, show all our qualities.

"The team trained very well yesterday, so I am confident. Our challenge is to stay calm and focused and avoid distractions. Caen are fighting for their survival so I expect to play against a team that will give it everything. We have to make the difference."

With Cavani and Neymar absent, Kylian Mbappe is the only member of PSG's regular front three who is available to face Caen.

Rolland Courbis, part of the Caen coaching staff, has promised to take his players out for a meal if they manage to stop Mbappe from scoring, but Tuchel hinted the Franceforward may be rested.

"It's good," Tuchel said of Courbis' promise. "It's a way to motivate your players, I like that a lot. I have to think about leaving Kylian at home to pay the restaurant."

Should Mbappe be left out, Angel Di Maria could be asked to play in a forward role having recorded a brace of assists in the first leg against United and scored three goals in his last two games for PSG.

"He plays higher up the pitch because he knows how to score goals and provide assists, even without Ney and Edi," Tuchel added. "It's important to see him playing this well in their absence.

"He knows how to finish the moves, to make the difference and he is high on confidence at the moment. He is working hard and it pays off."