Trump: 'Definitely time for a woman' on Supreme Court 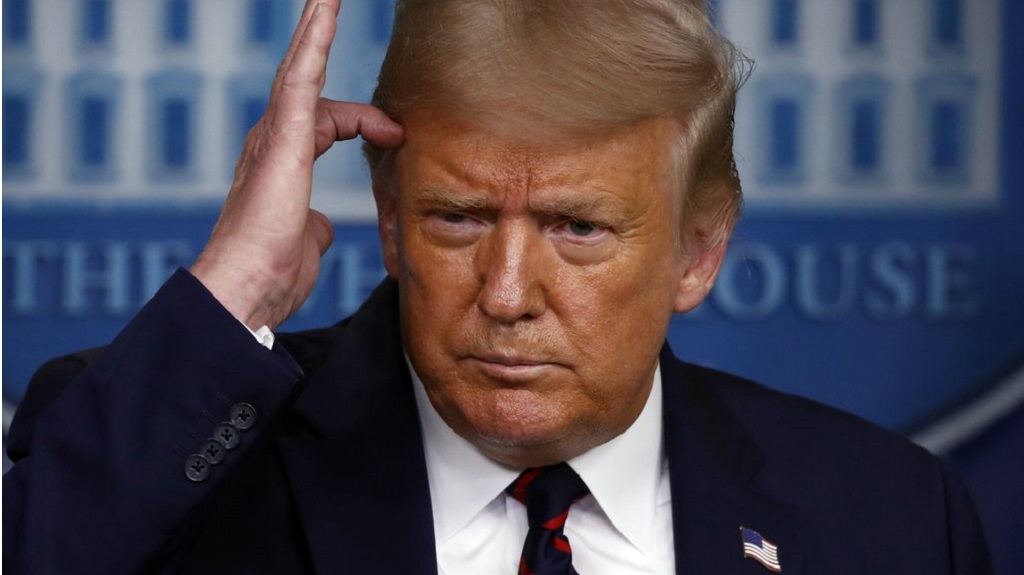 President Donald Trump said Sunday that Justice Ruth Bader Ginsburg's death and the two men he's named to the Supreme Court meant “it was time for a woman," adding that it will be hard for opponents of judge Amy Coney Barrett to “dispute her qualifications or anything about her.”

Trump announced Saturday that he has settled on Barrett for the vacancy.

But Democrats and others who recoil at the idea of the conservative Barrett replacing the liberal Ginsburg began lining up against the federal appeals court judge even before Trump formally introduced her at the White House on Saturday.

House Speaker Nancy Pelosi and other Democrats on Sunday criticized Barrett's nomination as an ill-considered and hasty decision that will threaten health care rights and undercut voters so close to the Nov. 3 election. The Republican-controlled Senate plans a swift confirmation, with hearings set to begin Oct. 12.

Pelosi on Sunday declined to do so, arguing that Trump was moving quickly to fill the vacancy before the court hears a challenge to the Affordable Care Act on Nov. 10. Pelosi helped ram the health care law through Congress in 2010.

“What I am concerned about is anyone that President Trump would have appointed was there to undo the Affordable Care Act,” she said on CNN's “State of the Union.”

Trump said he's been “very happy” with the two justices he already put on the high court, referring to Neil Gorsuch and Brett Kavanaugh as “outstanding people, outstanding men.”

The president said he had considered Barrett for an opening in 2018 before he ultimately settled on Kavanaugh, but explained that she “seemed like a natural fit” after Ginsburg's recent death.

“It was time for a woman,” Trump said of his third nominee to the nation's highest court. If confirmed, Barrett's addition would make for the sharpest ideological swing on the Supreme Court since Clarence Thomas replaced Justice Thurgood Marshall nearly three decades ago.

Senate Majority Leader Mitch McConnell has said the Senate will vote on Barrett's nomination, but has not yet committed to a timeline. Senate Judiciary Committee Chairman Lindsay Graham said confirmation hearings will begin October12.

With only two of the 53 Republican senators voicing opposition to a confirmation vote before the Nov. 3 election, Democrats appeared outnumbered — and without recourse to block the nomination.

“The Senate will confirm her next month,” declared Senator Tom Cotton, R-Arkansas, on CNN.

Other Republican senators say a post-election confirmation vote is also possible. The GOP will continue to control the Senate in the lame-duck period between the election and inauguration.

“If for some reason it’s not done, we’ll do it after Election Day," Blunt added. "But I think we’re likely to get this done sometime in the month of October.”

Asked about potential House manoeuvres to stall the nomination, such as impeaching Attorney General William Barr, Pelosi demurred and stressed that Americans should “vote, vote, vote” to put Democrats in charge of the White House, House and Senate starting in 2021.

She said Republican senators will pay a price if the high court overturns the Affordable Care Act, stripping coverage from people with preexisting medical conditions.

Barrett has been critical of Chief Justice John Roberts’ 2012 opinion upholding the law. Ginsburg was one of five votes that saved the law on two prior court challenges.

Pelosi declined to say whether Barrett is qualified for the Supreme Court. The Senate has the sole responsibility to “advise and consent” on presidential nominations. She focused her critique on ongoing efforts by Republicans to overturn the health care law.

Pelosi, a practising Catholic like Barrett, sidestepped any focus on Barrett’s conservative religious outlook, which California Sen. Dianne Feinstein, a Democrat, brought up in Barrett’s Senate hearings when Trump nominated her for the appellate bench.

Thousands expected to honour Ginsburg at US Supreme Court