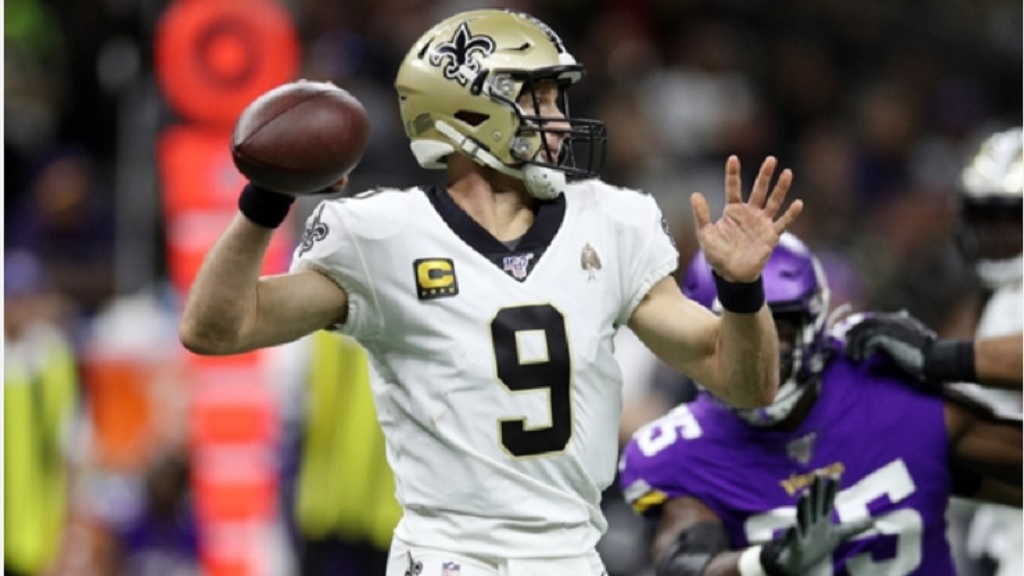 Brees, 41, apologised after saying he disagreed with protests in which sports stars have knelt during the anthem.

His comments came in the wake of the death of George Floyd, who died in police custody in Minneapolis last week, prompting demonstrations across the United States and beyond.

Former San Francisco 49ers quarterback Colin Kaepernick took a knee during the national anthem in protest against racial injustice and police brutality while he was playing in the NFL.

But Trump believes Brees should not have apologised for his stance.

"I am a big fan of Drew Brees," he wrote on Twitter. "I think he's truly one of the greatest quarterbacks, but he should not have taken back his original stance on honoring our magnificent American Flag. OLD GLORY is to be revered, cherished, and flown high.

"We should be standing up straight and tall, ideally with a salute, or a hand on heart.

"There are other things you can protest, but not our Great American Flag - NO KNEELING!"

LeBron slams QB Brees over comments about kneeling during anthem

Rumour Has It: Mbappe, Havertz and Camavinga waiting on Madrid