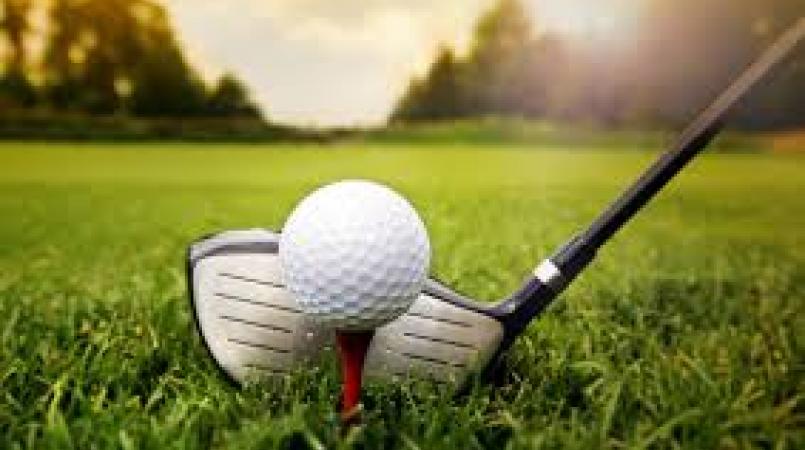 Burrowes ended the day on seven over par 78 on the par 71 course, while Knibbs was two strokes better on five over par 76.

The Jamaicans teed off less than an hour apart on hole number one.  They will tee off at the same time on day two after which they will face the cut line for the top 50 golfers.  That set will play for two additional days to determine the overall winner.  The 72 hole championship runs until Sunday.

Both golfers said that they were affected by the heavy wind on the opening day.

Burrowes said, "I shot 78, seven over.  It was rough.  I am sure it was rough for everybody.  My score was higher than I expected for myself but the wind was very strong today.  We didn't have much practice in the wind cause the practice round was nothing like this.  It was rough but I feel like I put myself in a good enough position for tomorrow to make the cut.  I don't feel like I put myself out of the tournament."

Burrowes shot four over par 40 on the front nine and three over par 38 on the back nine.  Overall he had one birdie, four bogeys, and two double bogeys.

He reflected on 2019 when he played in the championship for the first time. "Last year when I was here the score was much lower.  I feel like that's just because the practice rounds did not resemble what today's round would be like.  It's tough but I am still in a good position for tomorrow."

Knibbs fared better with five over par 41 on the front nine and an even-par back nine.  His front nine showed three bogeys and a double-bogey while his back nine showed two birdies and two bogeys.

At the end of the day's play, Knibbs in 24th position with Burrowes at 49th.  The best-placed golfer was Ivan Camelo Rameriz of Colombia who posted three under par 68.