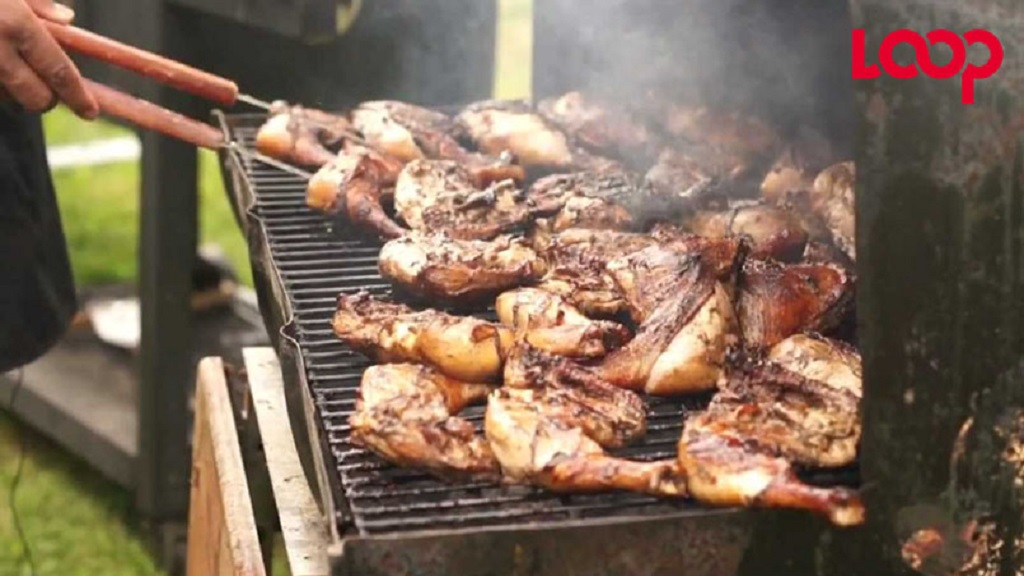 File photo of jerk chicken being prepared for public consumption.

Citing difficulties in monitoring the growing population of food vendors in St Ann during the recent yuletide season, Chief Public Health Inspector for the parish, Leroy Scott, is calling for a partnership between the St Ann Municipal Corporation and the parish health department to monitor the individuals.

It is a regular characteristic of major towns in the parish, including Ocho Rios and Brown's Town, to have food vendors line several streets during grand market celebrations.

Speaking at the monthly meeting of the St Ann Municipal Corporation last Thursday, Scott said it is hard to keep track of the vendors, particularly during peak seasons, especially Christmas, as they occupy many spaces in the major towns.

"We had our hands full in terms of trying to monitor the activities that they (food vendors) do. As I had mentioned in the November meeting here, I think that we (the health department and the St Ann Municipal Corporation) as a group would need to look at a way of streamlining particularly food vending for the grand market period. It is quite difficult for us to monitor, because there are no limits to where the persons can vend," he explained to the councillors.

Proposing a solution to the problem, Scott suggested that the food vendors should be assigned a special location or vending zones within the towns. He said those areas should have the necessary sanitary amenities to ensure the safety of the food the vendors sell.

"We need to look at some designated vending zones for food, where we can put in the appropriate mechanisms, including sanitary facilities, availability of water and other such amenities...," he suggested.

"Otherwise, we are going to find ourselves in more and more difficult situations when we have more and more of these persons on the streets and we are unable to satisfactorily account for the food that they vend and the quality thereof."

On a positive note, the chief health inspector announced there was an increase in the number of persons who applied for food handlers’ permits.

"In December, we saw 1,251 persons were processed for food handlers’ permits; 103 more than those we did in the previous month," Scott outlined.

All individuals planning to work in food handling establishments are required by law to have a food handler's permit prior to being employed within such an establishment, regardless of their role in such a facility. This means chefs, waiters, vendors (indoor/outdoor), production employees and even managers, cashiers and culinary students should all have food handlers’ permits.

Once issued, all food handler's permits are valid for one year from the date of issue, and need to be renewed every year.

Vending machine for the homeless set to open in UK