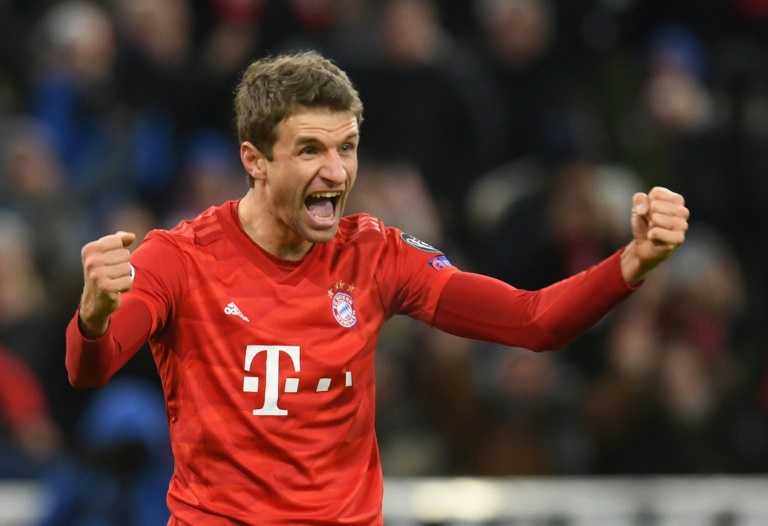 The 30-year-old attacking midfielder's contract had been due to expire at the end of next season but he is now tied to the team until 2023.

Müller has been with Bayern for 20 years, winning eight German titles and the 2013 Champions League, and marked his 500th senior game for the club in November.

“I’ve been with FC Bayern for a good two-thirds of my life now, so you can’t say that the club and I are just along for the ride — we fight for each other,” Müller said in a statement. "This club is not just any old employer for me. It’s my passion. I’m happy that I’ll be here for two extra years, and I’ll give everything on and off the pitch.”

Müller has played every league game for Bayern this season but hasn't represented the German national team since coach Joachim Löw said in March 2019 that Müller was no longer in his plans.

There could be another change at Bayern after Flick said he had spoken with Miroslav Klose about becoming his assistant.

Klose, the all-time record scorer at the World Cup with 16 goals, is currently coach of Bayern's under-17 team.

“I think that he would be an asset to our coaching team," the dpa news agency quoted Flick as saying.

However, Flick added that he still planned to speak with other possible candidates.