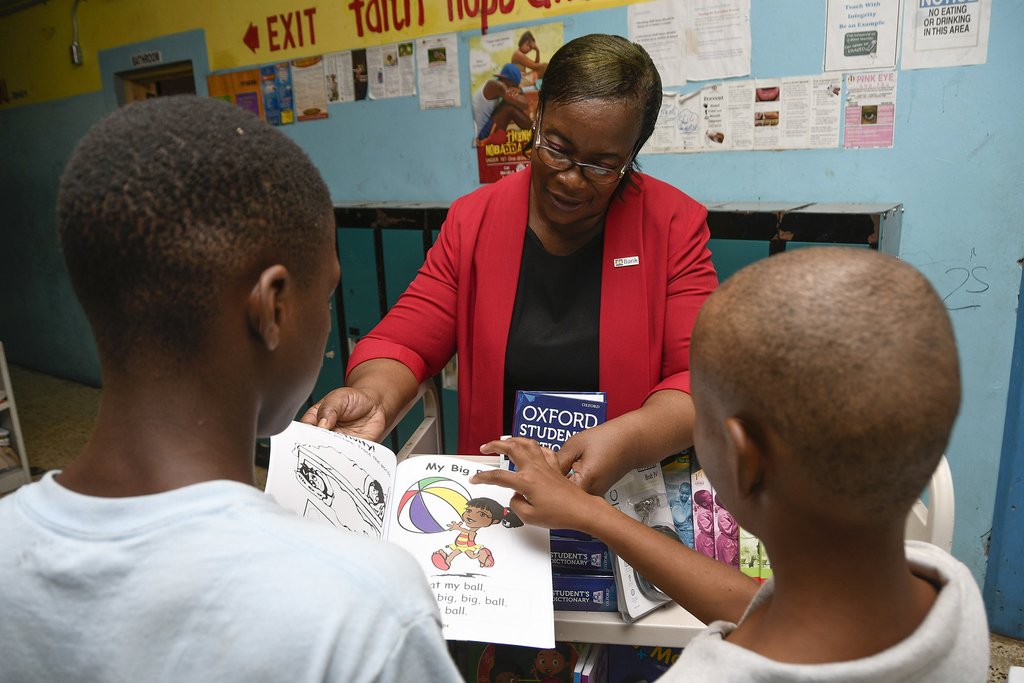 Paulette Chambers-Salmon (centre), business relationship and sales manager, at the JN Bank May Pen branch interacts with children at the Sunbeam Children’s Home.

Desmond Whitley, manager at the Sunbeam Children’s Home, said that the institution was happy to receive the gifts, which were presented to the home on December 23.

“The best way to have an impact on the boys’ future is to go for their long-term development; therefore, we pay particular attention to education.  It is what we believe we can give the boys for their sustained development,” he pointed out.

“These boys are from very poor families. Some are from inner-city areas and could have gone into criminal activities if there were no interventions, and the possibilities of some of them dying by 25 years, is very real,” Whitley added.

He underscored that education is key to the rehabilitation of the boys. He noted that when they are educated, they tend to make better decisions and do not turn to violence and crime. He, therefore, commended the JN Bank MAC team for buying into this type of vision.

“We are grateful to JN Bank for catching this vision. They could have bought clothes, but what they have done is to give us something that we can use to strengthen the abilities of the next generation,” he affirmed.

Whitley stated that the computers will assist the boys in their research for their homework and doing their school-based assessment. He also welcomed the fact that the laptops are flexible and are easily moved around. 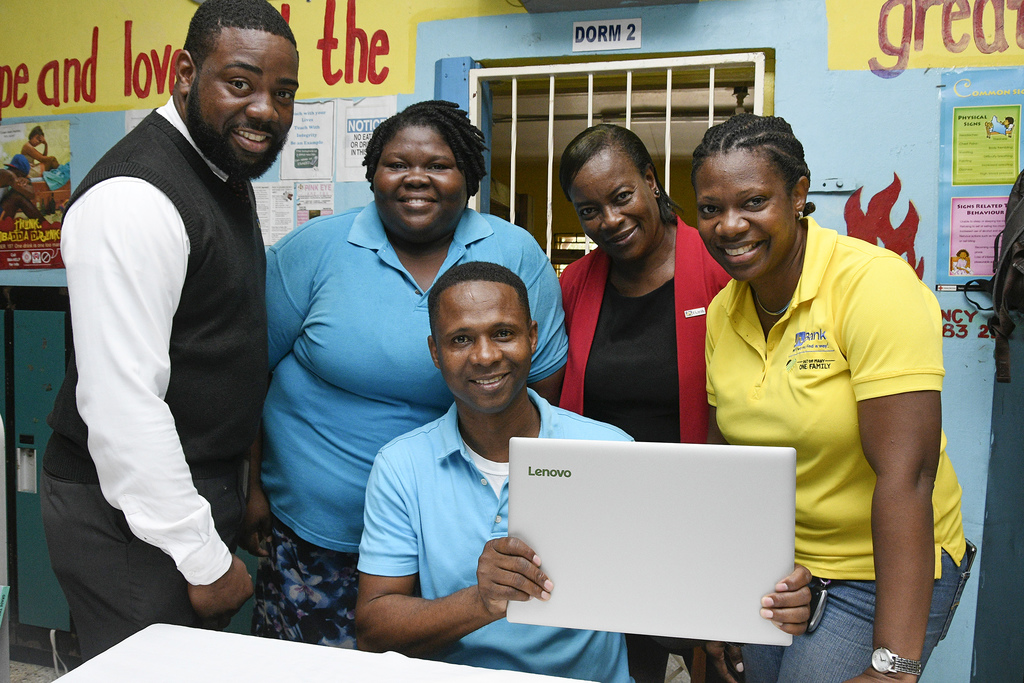 The manager at the Sunbeam Children’s Home informed that two of its former wards are now pursuing tertiary studies at The University of the West Indies and at a teachers’ college. He accredited their success to the strong emphasis placed on education at the home.

“The investment in education is an investment in our nation; as the development of our boys will be an asset to Jamaica,” he said.

Tisharn Farquharson, member hospitality officer, JN Bank Old Harbour, said that the Sunbeam Children’s Home was selected by JN MAC, based on the impact that the home has made on the development of Old Harbour and the Bushy Park area in particular, over the past four decades.

Paulette Chambers-Salmon, business relationship and sales manager, at the JN Bank May Pen branch, said that she was happy that JN Bank was able to assist by improving the equipment in the Resource Centre at the home.

“It is a great feeling,” she related, pointing out that, “I know what it feels like to be without; and would like to do things, but cannot, because of limited resources.”

“The JN MAC believed that this was a worthy cause and, therefore, we decided to assist. The Home is stretched from lack of resources; hence, they would not be able to outfit the Resource Centre. We are, therefore, happy that we were able to deliver on what we promised,” she affirmed.

Future community projects led by JN MAC will now be executed by the recently established JN Circle, a network of service clubs, which has been established to undertake activities, which were previously pursued by JN MAC.