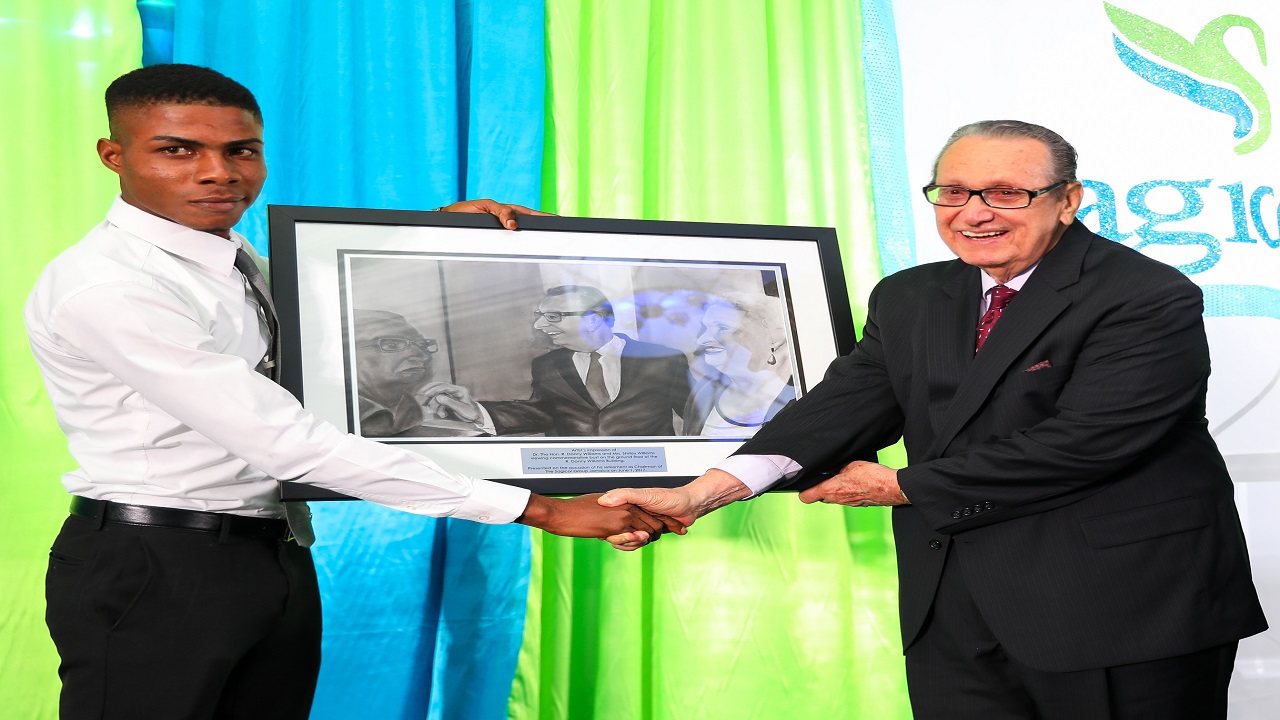 The past student of Seaforth High School in St Thomas opted out of the Edna Manley College for Visual and Performing Arts in 2013, as he was unable to pay for his second semester examinations.

Faced with financial challenges, Kemar Williams the 2011 top visual arts performer in the region for the Caribbean Secondary Education Certificate, put his university education on hold.

The past student of Seaforth High School in St Thomas opted out of the Edna Manley College for Visual and Performing Arts in 2013, as he was unable to pay for his second semester examinations.

After four years, Williams will resume studies in the Bachelor of Art Education programme this September, thanks to a scholarship from Sagicor Foundation.

“It’s now my time to fulfil my goals. I’m very happy and thankful to Sagicor for the opportunity,” Williams told Loop News.

Williams had gone as far as to sell several pieces of his work and seek employment to save for his tuition.

“I’ve spent the last four years just working on my craft and doing other jobs because I’ve always had the mind set to go back to school and get my degree,” he said.

Williams first came to the attention of Sagicor after his story was reported by a local tabloid in March.

Through the Sagicor Foundation, Sagicor Group has offered Williams a three-year scholarship valued at $250,000 annually to finish his degree. The young artist also did a portrait of Sagicor founder R Danny Williams, which was presented at a special function to honour the now retired chairman of the company.

“They were very pleased with the work and some of them had to be convinced that it wasn’t an actual photo,” the 22-year-old said. He said that work is one of the highlights of his career.

Williams wants to work on a nationally recognised project.

“I want to have a legacy, so that when I’m much older or when I’m gone, people will know my work,” he said.

In the meantime, Williams is looking forward to going back to school.

“I’m just anxious to go back and get good grades and put myself in the public domain,” he said. “I also want to help some of the youngsters in my community, who have struggled like myself.”

Sagicor, Lasco fete students at Hope Zoo to a day of reading