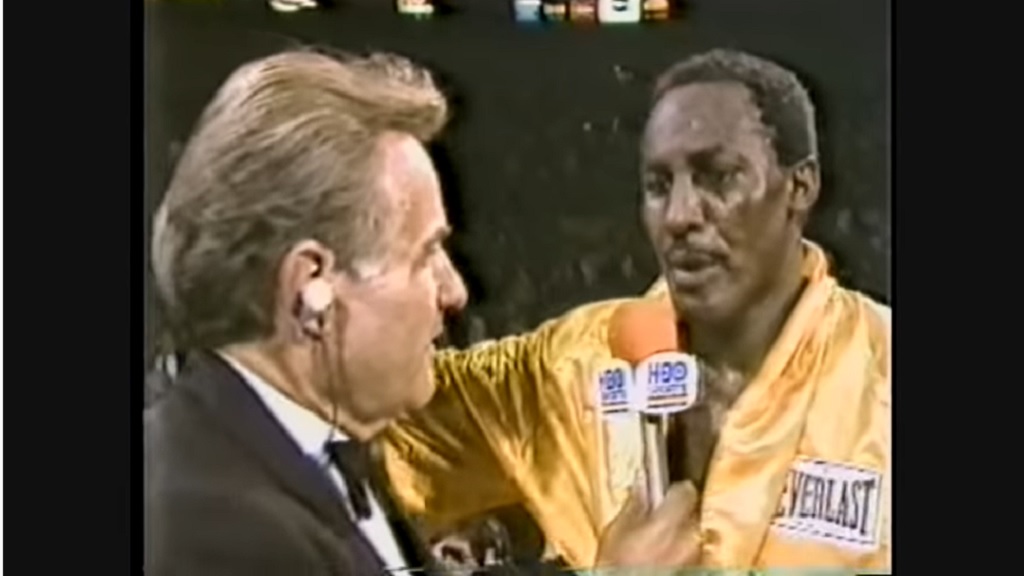 Mike McCallum fought his way out of obscurity in Jamaica to the top of the boxing world.

Nicknamed "The Body Snatcher" for his fierce body punching, McCallum on that day won the vacant WBA junior middleweight title by getting a unanimous decision victory against Irishman Sean Mannion at Madison Square Garden in New York City, USA.  The fight was staged on the undercard of the Marvin Hagler-Mustafa Hamsho showdown.

McCallum, who fought almost exclusively in the USA, put on a brilliant display of boxing as he battered Mannion for the entire 15 rounds of the title fight.

Despite winning a lopsided decision in front of a huge crowd at the Garden, McCallum received a paltry purse of $15,000.

The Jamaican small payday was because he was both ignored and avoided by the greats in and around his division.

Despite the fact that McCallum’s fighting ability was on the level of the legendary quartet of Marvin Hagler, Sugar Ray Leonard, Thomas Hearns, and Roberto Duran, he was completely shut out in getting both a huge payday and an opportunity to match skills against any of them.

In an interview, McCallum was asked if he felt he was avoided. He said, “I don’t think; I know. I made a big mistake. I went to train with Emanuel Steward, Thomas Hearns, Milton McCrory, and all them guys. I fought (David) Braxton, McCrory, and sparred Thomas Hearns. They knew how good I was and didn’t want to fight me or spar me (afterward).”

Before the title fight, McCallum won his first 21 fights after turning professional in early 1981 to earn the WBA 154-pound number one ranking. The man who was the WBA champion at the time, the legendary Duran, decided to fight McCallum’s Kronk stablemate Hearns and be stripped of his title instead. When McCallum was unable to get either a shot at Duran or a guarantee that he would fight the winner of the Hearns-Duran fight, he promptly fired his trainer and the head of the fabled Kronk Gym, Emmanuel Steward. Throughout the 1980s, McCallum was frustrated in his inability to secure a fight with the fabulous four.

McCallum held the WBA junior middleweight title for over three years. He defended it successfully six times, including wins over Julian Jackson, Milton McCrory and a dramatic knockout victory over Donald Curry, before abandoning the crown to compete as a middleweight.

He represented Jamaica at the 1974 World Championships and 1976 Olympics and won gold at the Commonwealth Games in 1978. He posted an impressive 240-10 amateur record before turning professional.

McCallum, now 63, lives in Las Vegas, where he is a key figure in the training camp of rising lightweight star Devin Haney.