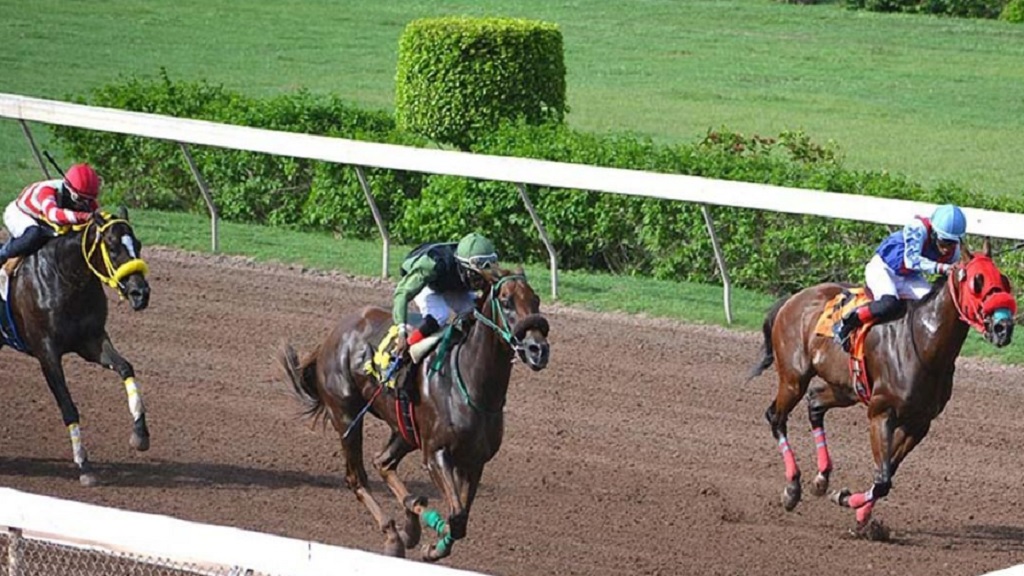 DOUBLE CROWN, third in last month’s 2000 Guineas at Caymanas Park, looks set to turn the tables on NIPSTER, who had outsped him at seven and a half furlongs on July 5 in their last prep for the season’s first classic.

The handicaps favour GREEN GOLD RUSH, who will report seven pounds lighter than NIPSTER and five less than DOUBLE CROWN. However, he has five lengths to make up on DOUBLE CROWN.

GREEN GOLD RUSH, however, should get the better of RUM WITH ME after leaving the gate slowly, running five pounds overweight and entering the straight wide in a short-head loss on July 5 at a mile.

NIPSTER having to allow DOUBLE CROWN weight, after finishing almost three lengths behind him for fifth in the Guineas, kills his chances especially with United States-bred EROY to keep him busy on the lead.

DOUBLE CROWN, with Shane Ellis aboard, should stalk the pace and pounce with his usual stretch kick. The event is the seventh of nine races scheduled on the first day of back-to-back meets.

Meanwhile, the Ahwhofah Sprint, marks a near six-month return for speedy United States-bred SPARKLE DIAMOND, who has not raced since February 22.

Ellis is also astride SPARKLE DIAMOND, who appears to have recovered from injury and has been moving well at exercise. The foreigner will be hard to beat at six furlongs despite the lengthy lay-up.

Osaka out of French Open due to hamstring injury