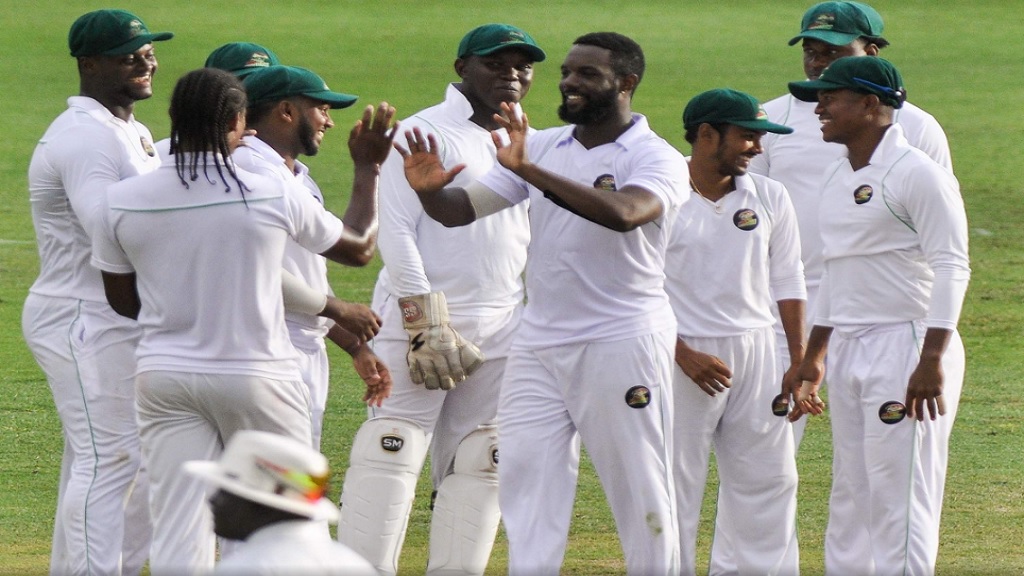 Jamaica Scorpions were struggling on 203 for seven at the close of day two in the second-round fixture of their regional four-day game against Windward Islands Volcanoes at Sabina Park on Friday.

The 203 for seven means that the Scorpions are 184 runs behind the Volcanoes' first innings total of 387 all out.

Derval Green (50) and  Marquino Mindley (13) are the batsmen at the crease.

Paul Palmer has so far top-scored for the Scorpions with 54, while Assad Fudadin (7), captain John Campbell (19), Jermaine Blackwood (3), Nkrumah Bonner (11) and Aldane Thomas (12) were all dismissed cheaply.

Earlier, the Volcanoes lost their remaining five wickets for just 73 runs after they had resumed the day well poised on 314 for five.

Derval Green and Patrick Harty were the top bowlers for the Scorpions with three wickets each. Marquino Mindley and Nicholson Gordon supported with two wickets apiece.

SCORES IN THE REMAINING GAMES.

Over at Kensington Oval: Five-time defending champions Guyana Jaguars' 209 all out;  Barbados Pride 239 for three.

Toots Hibbert to be buried in May Pen