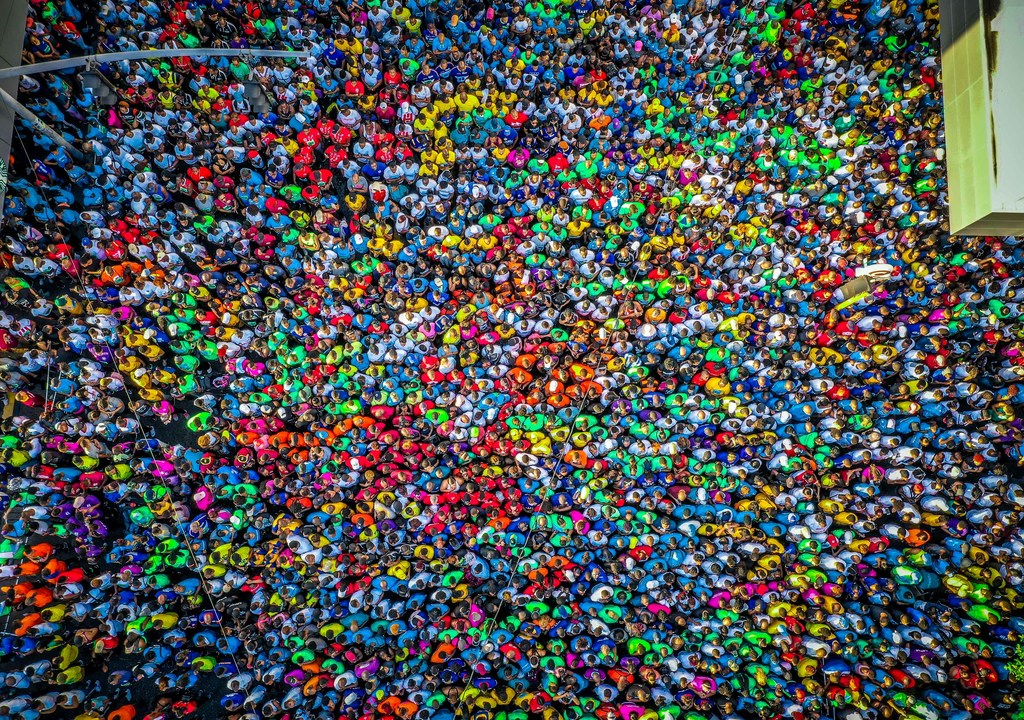 An aerial view of participants during the 2020 staging of the Sagicor Sigma Run. (Photo: Leo Hudson)

The 2020 staging of the Sagicor Sigma Corporate Run has raised $55.3 million for its three beneficiaries – the Bustamante Hospital for Children, the Savanna-la-mar Hospital and the Clifton Boys’ Home, surpassing its fundraising target of $55 million.

The funds raised was announced by President and CEO of Sagicor Group Jamaica, Christopher Zacca, in his address on the start line stage on race day, Sunday, February 16 in New Kingston.

The sum was achieved through registration of 26,014 participants, sponsorship from some 38 companies, donations from the public and fundraising activities at Sagicor offices leading up to the event. This brings to over $455 million, funds raised for various child-related and health charities through the annual Sigma Corporate Run, which is now in its 22nd year. 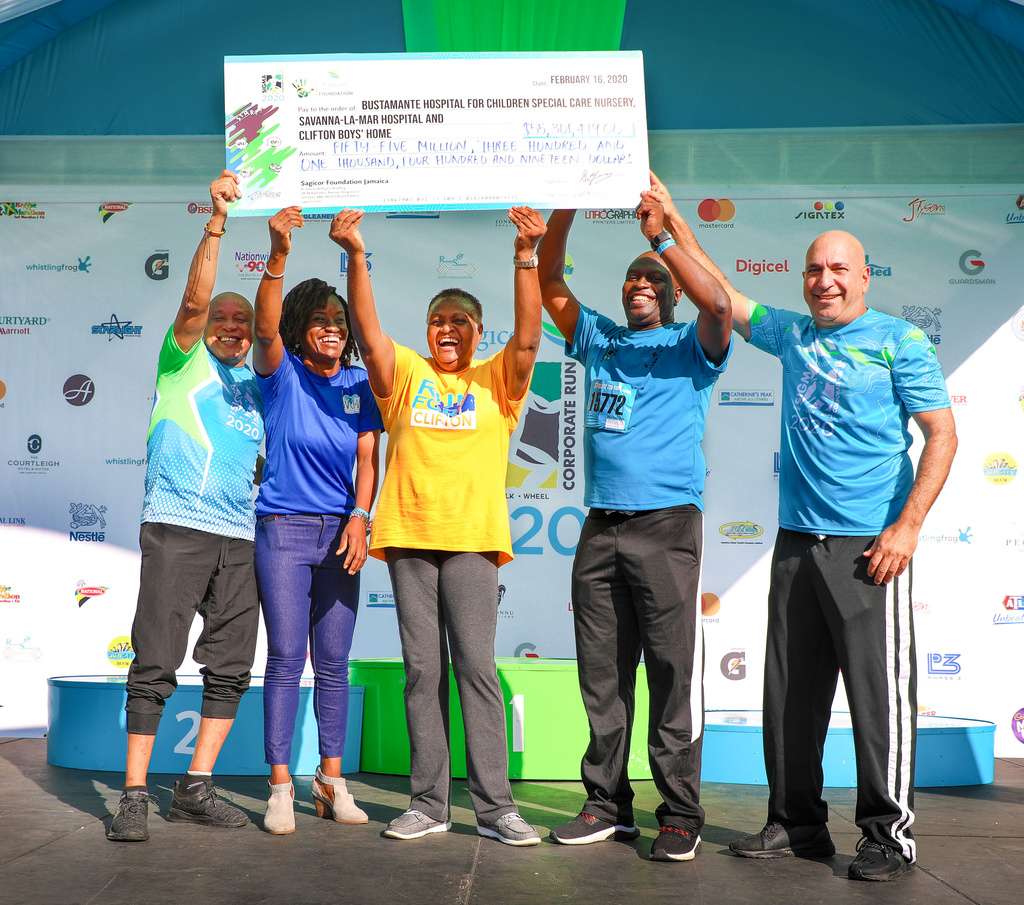 “We are so excited to announce that we have once again broken the record with the funds we were able to raise for our beneficiaries. Giving back and supporting our communities is at the core of what Sagicor does and we are always happy for the support we get each year to make this happen,” he said.

Zacca expressed his gratitude to the participants, corporate companies, sponsors, partners, donors and other stakeholders who contributed to the success of the event. He further thanked the Patrons of the event – actor and comedian, Ian Ity Ellis, and fitness instructor and motivational speaker, Shani McGraham Shirley. He also hailed the Sagicor team and hundreds of volunteers.

“Without your support, Sigma Run 2020 would not have been the success we see here this morning. Because of you, we are able to assist our nation’s most vulnerable individuals and build the capacity of our health sector”, he added.

Executive Vice President, Individual Life Division, Sagicor Life Jamaica, Mark Chisholm, handed over a symbolic cheque to representatives of the beneficiaries at the close of the race; he was joined in the handover by Zacca.

The funds will be used to procure much-needed life-saving equipment for the healthcare institutions, as well as assist in the rebuilding and outfitting of the Clifton Boys’ Home, which was destroyed by fire in 2017.

Last year, the run raised $52.4 million for three beneficiaries – the May Pen Hospital Neonatal Intensive Care Unit, the Lupus Foundation of Jamaica and the Diabetes Association of Jamaica.

WATCH: If I can do it, you can too, says PM after completing Sigma Run