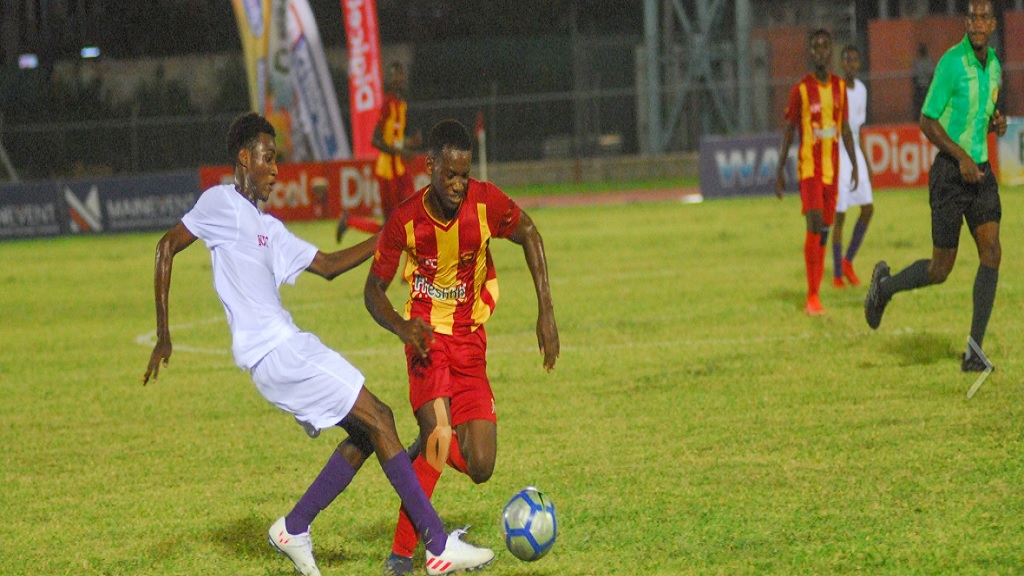 Rusea’s High, which won the last of their 11 titles in 2017, recorded a 3-1 victory against Green Island High to stretch their perfect record to three wins.

Rusea’s High started the season with a 7-1 home victory against Merlene Ottey High on September 9 and then followed up with another big victory by securing an 8-0 triumph at Hopewell on September 14.

They have so far tallied maximum nine points to lead Zone B courtesy of goal difference over second-place Frome Technical, which won 6-0 at Merlene Ottey.

As a result of the victory, Annotto Bay High moved to maximum nine points, a five-point lead over second-place Brimmer Vale High and third-place St Mary Technical in Zone J.

It was Cornwall College’s third victory from four games and the three points pushed them to 10 points, a three-point lead over second-place Green Pond High in Zone A.

The daCosta Cup competition continues on Saturday, while the Digicel Manning Cup football competition resumes on Thursday with seven matches across three groups.

DIGICEL MANNING CUP MATCHES FOR THURSDAY (SEPT. 19)
(ALL MATCHES ARE SCHEDULE TO START AT 3:30 PM)

GROUP A
Holy Trinity vs St Jago at Winchester Park