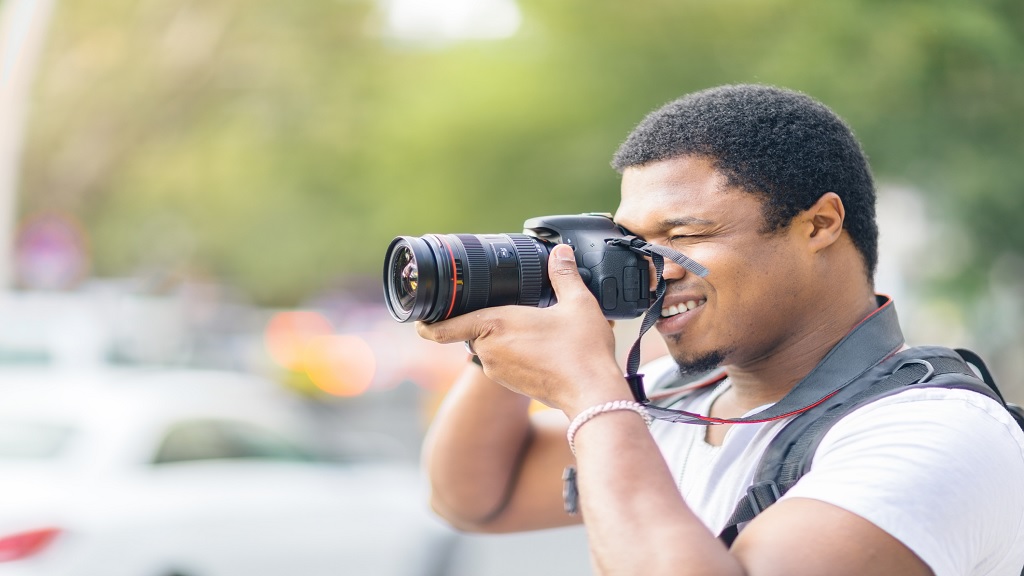 A photographer taking photos with a dslr camera. (Photo: Stock)

The PAJ, in making the call, noted that the parliament has just passed the Law Reform (Amendment of Penalties ) Act, which increases the fine associated with the offence from $20 to $1 million, and the possible imprisonment in default of payment from one month to a year, as was first reported by Loop News on Monday.

Opposition Senator Lambert Brown, in his contribution to the debate, objected to the sharp increases in the penalties and even implored journalists to speak out against the decision.

“I want to hear their voices against this bill,” he declared.

Now the PAJ has added its voice in opposition to the legislation.

“It is true that the law has been on the books for years,” said PAJ President George Davis.

“But our call comes following renewed scrutiny after parliament’s draconian increase in the fine and possible prison time associated with the offence. We do not believe in 2019, that this law serves a useful purpose, and it is actually inimical to freedom of the press,” Davis stated.

The PAJ president noted that research into similar laws in other jurisdictions indicates that the rationale for their existence include the wish to protect convicted persons from publicity at a time when they may be in distress, to prevent  further publication of the identity of an accused person who may later be found not guilty, to maintain order in the precincts of the court and to ensure smooth administration of justice.

“The PAJ does not believe any of those reasons is sufficient in contemporary Jamaica for a blanket ban of the type that now exists,” Davis remarked. He added that “The situation has to be looked at in the round.”

Said Davis: “Photographs of defendants are now routinely published once charges have been laid. There is no meaningful additional  protection given to defendants by the law as it stands. In addition, photographs can be taken as the accused person is entering the courthouse gate, or indeed, with long range telephoto lens, even as they are entering the court.”

The PAJ president also pointed out that the police themselves regularly release names and even photographs of persons they refer to as ‘persons of interest.’

“These people have not even been charged with an offence, and makes the ban on photography at court even more incongruous.”

Davis also noted that, although the law has not been used in recent times, a former Director of Public Prosecutions routinely called for the law to be used against media houses. More recently, in association with the Rupert Clarke case, a former prosecutor called for the law to be enforced and for an increase in the penalties associated with it. This, said the PAJ, indicates that conviction and possibly imprisonment remain a real possibility for media workers.

“The right thing to do is to modernise the law,” Davis insisted.

He argued that concerns that exist can be dealt with on a case by case basis, given the power of the court to make orders.

“Repealing the outdated provision can only enhance Jamaica’s sterling reputation as a bastion of press freedom.”

Davis said the PAG recognises that children are an especially vulnerable group, and note the prohibition under section 45 of the Child Care and Protection Act on publishing any identifying details of children involved in any Children’s Court  proceedings, including a ban on publishing their photographs.