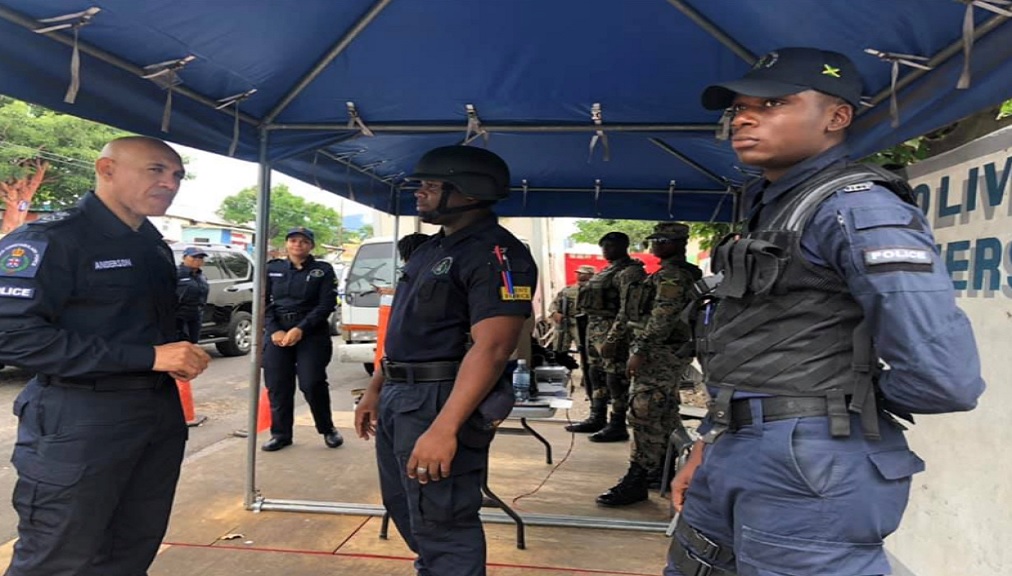 Representatives of the Police Officers’ Association (POA) and the Jamaica Police Federation met on Friday with Police Commissioner, Major General Antony Anderson, and have jointly expressed confidence in the outcome of the discussions and the prospect for unity of purpose going forward.

In a statement after the discussions, the groups described the engagement as having been “honest, open and frank discussions about challenges they both face”.

They described the discussions as having been satisfactory, and stated that “the issues were properly ventilated. The guidance and direction provided by Commissioner Anderson has provided us with the necessary insight into how to treat with similar concerns that affect our members going forward.”

Below if the remainder of the joint release from the POA and the federation, which have been at simmering odds over recent days following claims that were levied at the officer corps of the police force by federation Chairman, Detective Sergeant Patrae Rowe, which the POA’s executive flatly rejected.

“While passionate about representing the welfare and well-being of both groups of our members, we wish to make it absolutely clear that we remain united and committed to achieving the strategic objectives of the commissioner of police and the Jamaica Constabulary (Force). There is a shared sense of urgency about the vision of modernisation and growth of the organisation.

“Arising out of today’s discussions, the leaderships of the Police Officers’ Association and the (Jamaica) Police Federation have moved to implement a system of internal communication to ensure that the interest of the groups we represent will be protected. We are confident that such a system will ensure that challenges will be properly ventilated internally, and remedied in a timely manner.

“We believe that the JCF currently stands at the cusp of an exciting time in local law enforcement. We are embarking on the most aggressive programme of transformation the organisation has seen in its over 152 years.

“The safety and security of the Jamaican people remain paramount in our minds, and we are excited about the achievement of our collective goals.

“The POA and the federation stand ready to support the commissioner of police and the leadership of the Jamaica Constabulary Force in delivering world-class policing services by ensuring that we abide by the rule of law, showing respect for all, and becoming a force for good.”

WATCH: ‘No Ryan, no vote!’ Labourites upset with candidate's booting