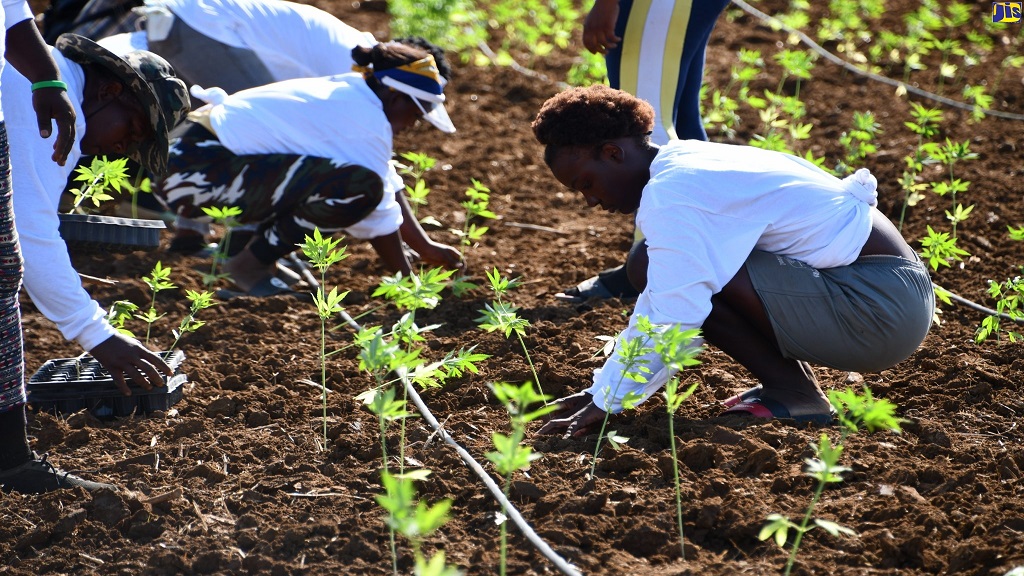 Organic Growth Holdings Incorporated, which trades locally as OGH Grow Jamaica (OGH), has leased the 635-acre property to grow medicinal hemp to be used in the manufacture of a number of organic wellness products.

The cannabidiol (CBD)-infused products are to be made at their processing facilities, also located on the property.

OGH intends to rejuvenate and remonetise sugar-cane lands by transforming them into fertile multi-cropping lands.

Industry, Commerce, Agriculture and Fisheries Minister, Audley Shaw, during the ground-breaking ceremony, noted that the organisation will also make provision for land in the area to be used by small farmers in neighbouring communities.

“We are not leaving out the small farmers. Some 4,000 acres of these lands will be available to small farmers in this area who want to go and produce things on their own,” Shaw said.

He encouraged farmers in the area to apply for their plot of land through the Sugar Company Holdings of Jamaica, adding that assistance will be provided to help them to reap and process their crops.

He noted that hemp is a fast-growing plant which is capable of being harvested within four months. This, he said, will provide the opportunity for several crops to be reaped within a year, which should facilitate faster growth of the industry.

For his part, Managing Director of OGH Grow Jamaica, Mitchel Yeckes, thanked the local authorities for their assistance in getting the project off the ground.

He said the company is on a thrust to ensure that Jamaica becomes the world leader in CBD production.

OGH uses feminised seeds for cultivation, and its growing processes are entirely non-invasive.

The company plans to begin exporting its line of CBD wellness products in 2020, and to have products in hotel gift shops, spas and pharmacies island-wide by the second quarter of next year.

At least 30 persons from surrounding communities have been employed to the OGH’s facility since the lease was granted for the property in June of this year.

An investment of US$4 million was used to undertake the project.

Ground broken for US$1 million hemp farm in Westmoreland

Wellness firm to break ground on hemp farm in Westmoreland