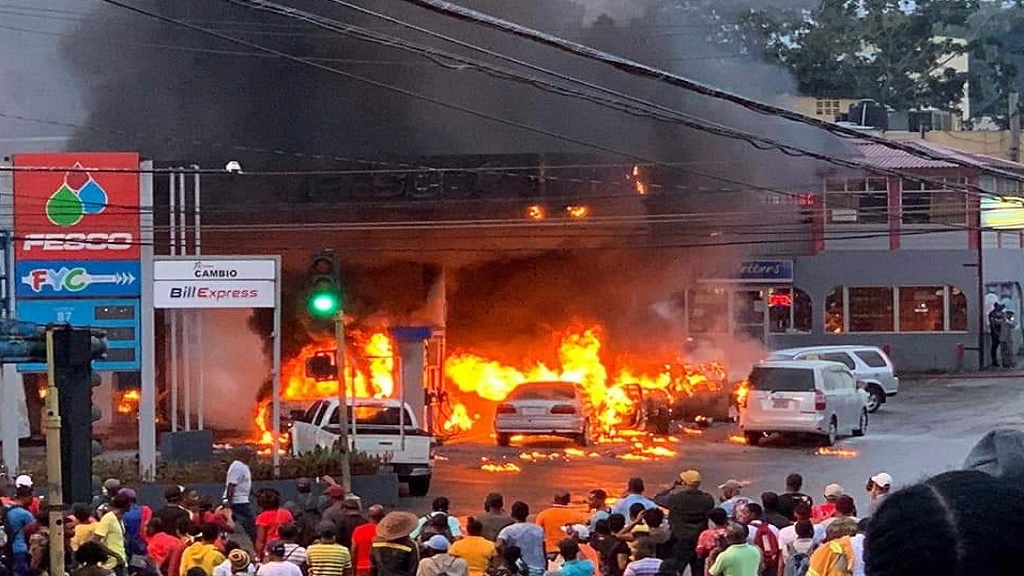 The police have confirmed that one of the persons who were seriously injured in a fire at the Fesco service station in Mandeville, Manchester on Friday, has died.

The deceased has been identified as 59-year-old Daniel Farquharson, a pig farmer and mechanic of Hatfield in Manchester.

Farquharson was the man seen in a viral video walking naked with burns to his body near the service station during the fire.

He was assisted to the Mandeville Regional Hospital, and was transferred to the University Hospital of the West Indies (UHWI) in St Andrew due to the severity of his injuries, but died on Saturday.

The Manchester police have said 10 persons were injured as a result of the fire, with some still hospitalised since shortly after the fire occurred sometime after 5pm on Friday.

Reports are that at least 10 cars were damaged in the blaze at the complex at the intersection of Manchester and Caledonia roads in the heart of Mandeville.

Videos and photos of the incident showed people - some nursing burns - scampering for cover as the fire raged on.

A probe has been launched to determine the cause of the blaze.