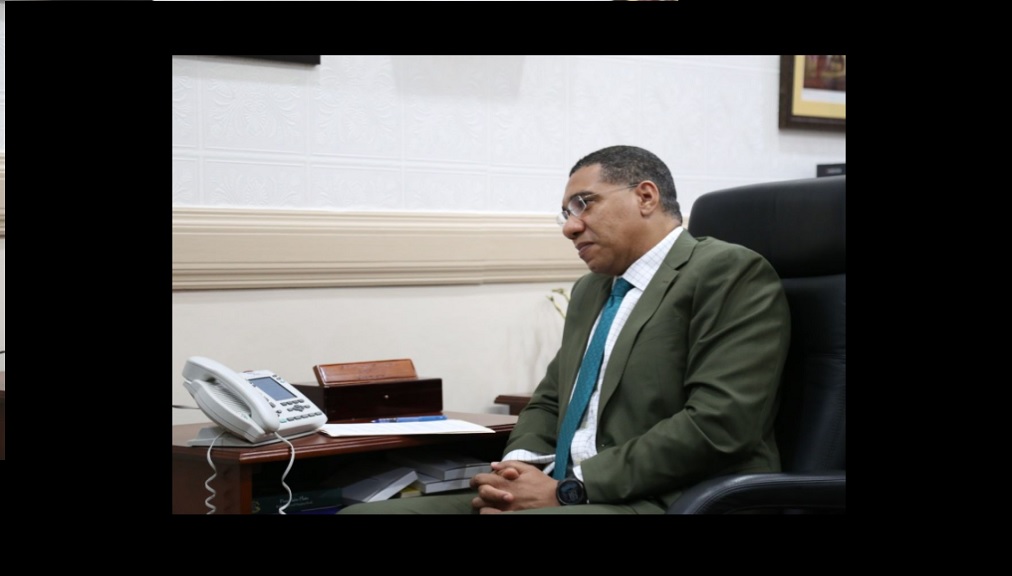 While stating that one good term in Government deserves another, Prime Minister Andrew Holness has signalled that his focus is now centred on Jamaica's economic recovery after the COVID-19 pandemic, rather than general elections.

The island's economy has declined significantly due to the onslaught of the COVID-19 pandemic, which has resulted in, among other negatives, a decline in tourism and an increase in unemployment.

But despite these dreaded realities facing the country, political commentators, media practitioners and supporters of both political parties have largely speculated that general elections will be called in August.

That month has been selected by those 'predictors' mainly because the Minister of National Security, Dr Horace Chang, has signalled that the Government will not be seeking an extension of the states of emergencies when they expire on July 25.

Holness had asserted in April that he would not call general elections while those security measures are in place.

But during a ceremony to hand over three housing units in Annotto Bay, St Mary on Thursday, the prime minister would only recognise the many calls being made about general elections as being in reference to an imminent event.

"I see some people summoning the silly season. The only season I know now is summer, and I see some people saying that some event is around the corner. Some people naming dates. You know, when they look to me for the date, I look up: Father God, when?" he stated, evoking laughter from the audience.

Holness went on to indirectly criticise his opponents in the People's National Party (PNP), describing them as being too focused on gaining power amid the challenges now facing the country.

“It would appear to me that there are some persons who are so interested in gaining power that they are not paying attention to the challenges that we have now, (which include) the poverty of the people. There are many Jamaicans who are out of work," stated Holness.

The prime minister further stated that his focus now is on the country's economic recovery because persons are facing hardships.

"People have lost income, and many of them have depleted their savings. When you could go to the supermarket and fill up the trolley, now you have to be careful what you put in it because you don't want to be embarrassed when yuh guh to the cashier,” he said.

“I'm aware. So my mind is not on election. My mind is on the economic recovery," declared Holness.

But being the true politician he is, Holness ended his speech by stating that, "This is not my campaign speech, but I agree with you, one good term..."

Some members of the audience completed the sentence for him by saying, "deserves another".

"Thank you, ladies and gentlemen," Holness said with a broad smile.

VIDEO: Phillips accuses JLP of 'litany of failures and disasters'