Omar McLeod and Sergey Shubenkov to renew rivalry in Rabat 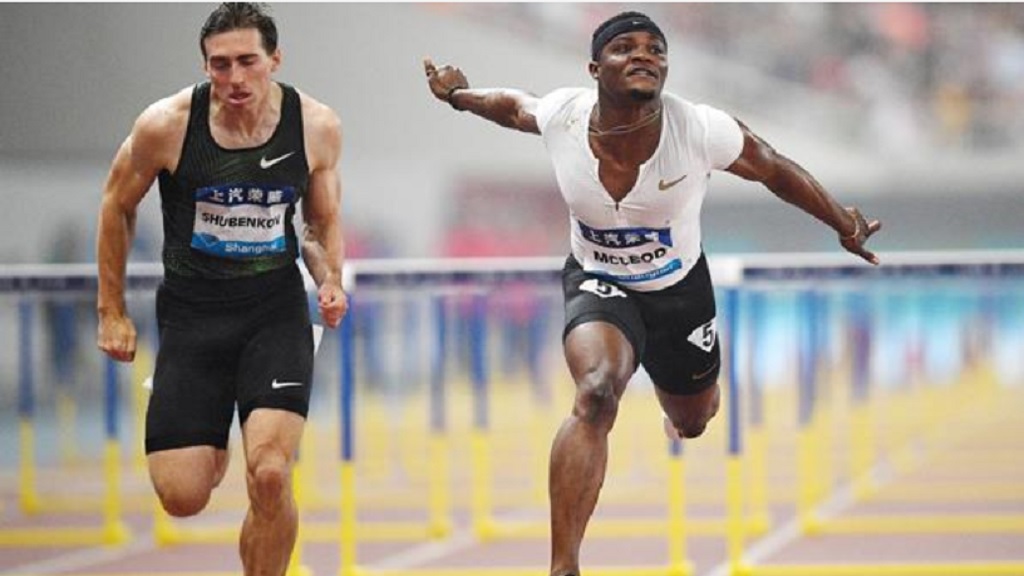 Omar McLeod (right) wins the 110m hurdles at the IAAF Diamond League meeting in Shanghai on Saturday, May 18, 2019.

World and Olympic champion Omar McLeod and IAAF Diamond League champion Sergey Shubenkov will go head to head in the 110m hurdles at the Meeting International Mohammed VI D'Athletisme in Rabat on June 16.

McLeod won at the IAAF Diamond League meeting in Shanghai last weekend and the Jamaican may have one eye on David Oliver’s meeting record of 13.12 in Rabat.

Shubenkov picked up the silver medal behind McLeod at the IAAF World Championships London 2017, but won the Diamond Trophy in both 2017 and 2018. Their career head-to-head record currently stands at 6-5 in the Jamaican’s favour.

The duo will be joined by European champion Pascal Martinot-Lagarde, who has four Diamond League meeting victories to his name.

Elsewhere, Marie-Josée Ta Lou is set to lead the field in the women’s 100m. A double world silver medallist in 2017, the Ivorian narrowly missed out to compatriot Murielle Ahouré in a thrilling battle for the Diamond Trophy last season.

Local supporters will cheer on Morocco’s Soufiane El Bakkali in the steeplechase and Abdelaati Iguider in the 5000m.

Narrowly beaten by a one-shoed Conseslus Kipruto in the Diamond League final last season, 23-year-old El Bakkali kicked off his 2019 IAAF Diamond League campaign with a world-leading 8:07.22 victory in Doha earlier this month.

Last season, the world silver medallist broke the eight-minute barrier for the first time in his career with a world-leading 7:58.15 at the IAAF Diamond League meeting in Monaco.

A 1500m specialist by trade, Iguider will line up in the 5000m in Rabat as he looks to prioritise the long distance event ahead of the IAAF World Athletics Championships Doha 2019.