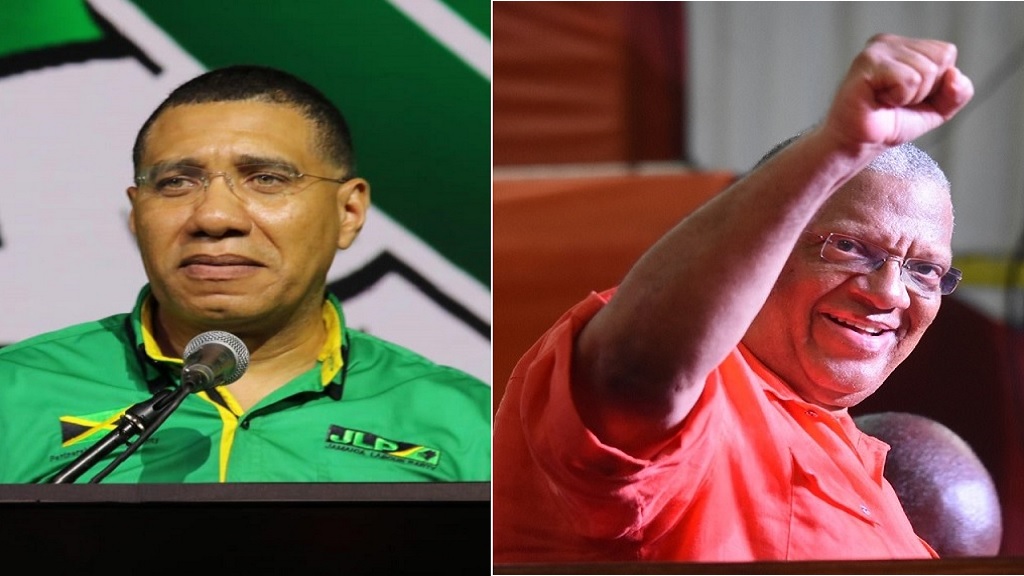 Political commentator Kevin O’Brien Chang is warning that the People’s National Party (PNP) is facing a blowout at the polls not seen since the 1997 general elections when the then PJ Patterson-led PNP inflicted a massive defeat on the Jamaica Labour Party (JLP) with Edward Seaga as leader.

On that occasion, when Patterson was facing the electorate for the second time, he won 50 of the 60 seats in the House of Representatives. This was just short of the record he had set four years earlier in 1993 when, in seeking his own mandate, having taken over the helm of the governing party from the ailing Michael Manley in 1992, Patterson romped to victory, securing 52 of 60 parliamentary seats and subjecting Seaga’s JLP to a shellacking.

The previous record was the 1980 thumping Seaga’s JLP inflicted upon the PNP when he won 51 of the 60 seats in the House. On that occasion, the PNP won only three rural seats – two in St Mary and the St Ann seat now held by Lisa Hanna.

O’Brien Chang bases his warning/prediction on five public opinion polls conducted since March this year with all showing the PNP, with Peter Phillips as president, trailing the JLP led by Prime Minister Andrew Holness by significant double digit margins. They include the Blue Dot, Bill Johnson and Don Anderson polls. The Nationwide Blue Dot poll published on Monday shows the JLP with an 18 percentage point lead over the PNP while the Observer-Bill Johnson poll published on Sunday shows the governing party with a comfortable 19 percentage point lead over the Opposition party.

If O’Brien Chang is right, the PNP will become a two-term Opposition party for the first time in nearly 40 years. The last time the 81-year-old party served two terms in Opposition was in 1983 when it did not contest the polls. By contrast, the JLP is the only party to serve more than two terms in Opposition. It did so for four straight terms between 1989 and 2007 when the PNP chalked up win after win.

However, if O’Brien Chang and the polls are to be believed, the PNP has lost that winning formula in large part due to a young and popular prime minister. The polls show the PNP trailing the JLP by a low of 12 percentage points in March to a high of 20 percentage points in August.

“It’s the most one-sided set of polls since 1997 when the PNP won 60 per cent of the vote. We’re in that kind of territory right now,” O’Brien Chang noted.

But the commentator warned that a lopsided election victory comes with its own set of challenges.

“If Andrew Holness gets 50 seats, which is increasingly likely if you go by the polls, how arrogant will he get?” O’Brien Chang asked.

The popular businessman said he views Holness as Jamaica’s best prime minister since 1989 when he returned to the country after studying overseas.

“He has done more in four years than in the previous 26, in my estimation, so I am in no means an anti-Holness person but history tells you, power corrupts and, with (a possible) 50 seats, what will happen? And even if he keeps his head, what about the people around him who have a tendency to be arrogant?” said Chang.

He pointed out that, even with a one-seat margin of victory in the 2016 elections, there were those in the JLP who tended to be arrogant. The party has since picked up two additional seats in two subsequent by-elections.

“The question is, will the JLP become arrogant and high-handed. Will corruption ‘bruk out (if it wins the next election)?”

O’Brien Chang said it is best for the country that whichever party forms the government, that the Opposition has a decent number of seats (in the 20s at least) to ensure that there are proper checks and balances.

He noted that the PNP under Patterson dominated Seaga’s JLP in election after election for nearly 20 years “and it wasn’t good for the country”.