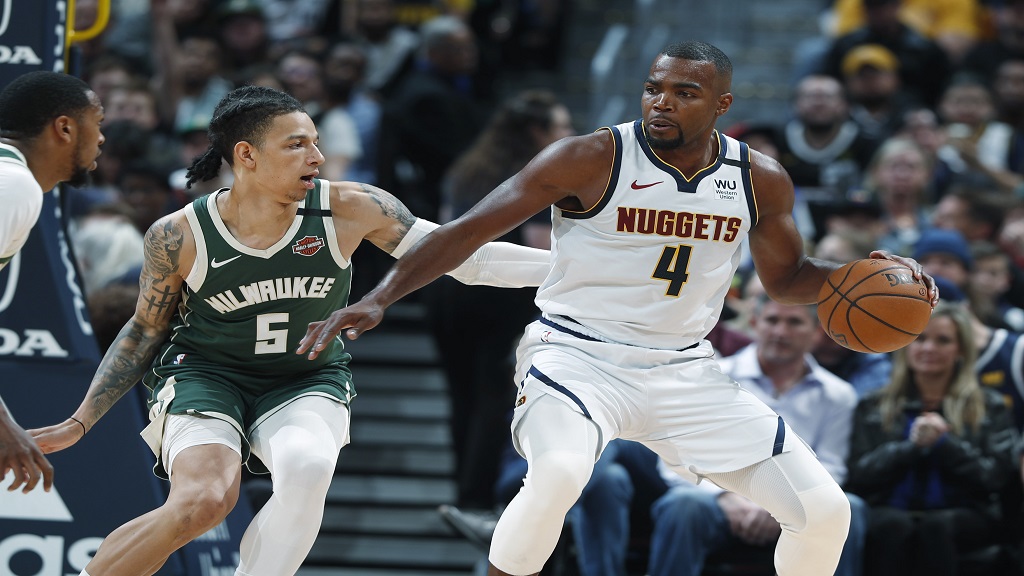 The Denver Nuggets condemned the NBA-leading Milwaukee Bucks to their third consecutive loss, winning 109-95 in the absence of Giannis Antetokounmpo.

Bucks superstar and reigning MVP Antetokounmpo missed his second straight game due to a knee sprain and slumping Milwaukee suffered another defeat on Monday.

Milwaukee were also without starters Eric Bledsoe and Khris Middleton, as well as George Hill.

There was an Antetokounmpo on the floor for the Bucks but Giannis' older brother Thanasis (nine points) was unable to help Milwaukee snap their skid in Denver.

Kyle Korver posted 23 points off the bench for the Bucks, who fell to 53-12 in the Eastern Conference as the Los Angeles Lakers (49-13) close in on the league's best record.

Terry Rozier scored a game-high 40 points but the Charlotte Hornets still lost 143-183 to the Atlanta Hawks in double overtime. The Hawks were led by Trae Young's 31 points and 16 assists in Atlanta.

Jazz star Bojan Bogdanovic was unable to make an impact against the Raptors. Bogdanovic played 24 minutes, shooting just two-of-eight from the field and one-of-four from three-point range for five points.

Milwaukee shooting guard Wesley Matthews was just two-of-11 from the field for nine points. He only made one of his five shots from beyond the arc.

The Lakers welcome the Brooklyn Nets (29-34) to Staples Center on Tuesday, possibly without superstar LeBron James. The three-time champion is listed as "questionable" due to a sore groin.