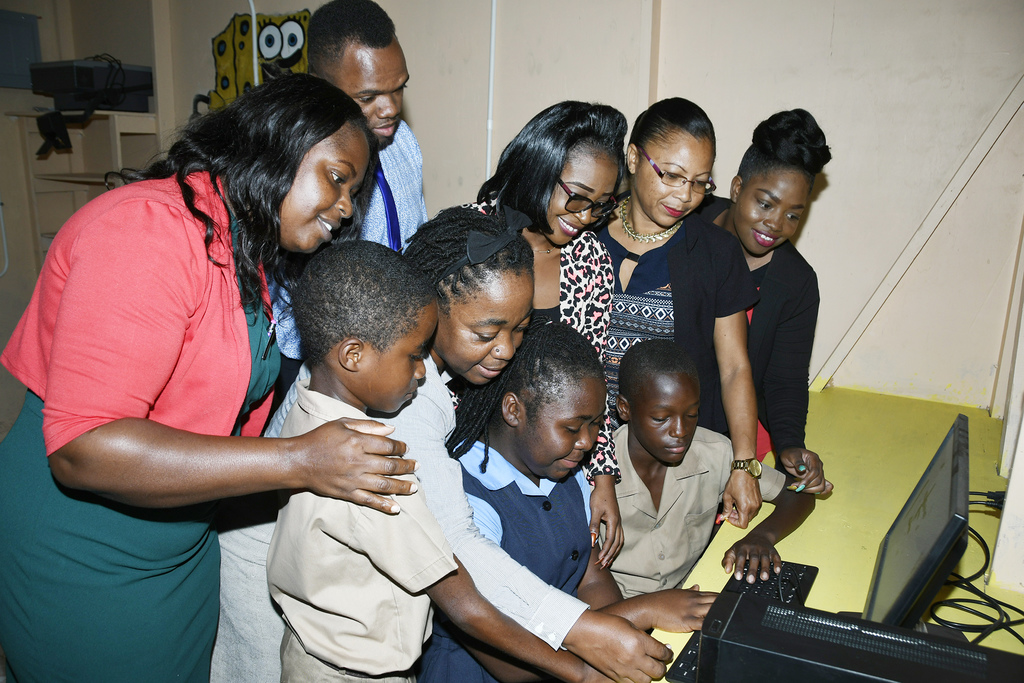 The New Works Primary School in Savanna-La-Mar, Westmoreland, has entered the digital age, with the handover of computers to the school by the JN Bank Member Advisory Council (MAC).

“I’m elated. It has been a dream come true.” Charmaine Samuels, principal of the school said. “We have been trying to source some computers over time. We received two from past students, therefore, the donation of six additional computers from JN Bank is really a dream come true, and it’s like Christmas for the New Year.”

Samuels stated that the computers will enhance the teaching experience for the students. She said the gifts were timely and that the school has internet connection, therefore, the computers will be used to do research by students preparing for the Primary Exit Profile.

Canute Simpson, business relationship and sales manager for the JN Bank Savanna-La-Mar branch, said that New Works Primary School was selected to receive the computers because of its needs.

“It was really needed, and we also plan to invite parents, who don’t know much about computers, to benefit from the technology, through structured computer classes,” he explained.

Simpson observed that many of the teachers on staff are young teachers, recently out of teachers’ college, who are exposed to the technological age and that the computers will assist them to prepare more engaging lessons for their students.

“I’m really happy that, with the assistance of the JN Foundation, we were able to deliver the computers to the school,” he informed. 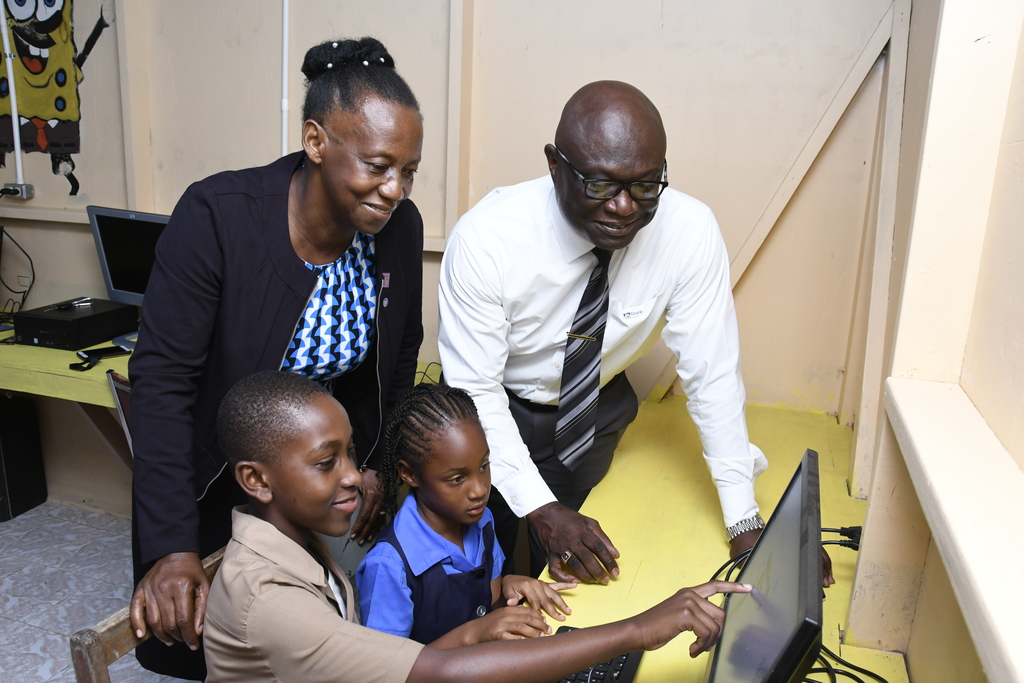 Charmaine Samuels (standing at left), principal of New Works Primary school in Westmoreland shows her delight in receiving new computers for her school from the JN Bank Member Advisory Council. Sharing in the moment are Jordan West (sitting at left) and Tonien Atkins, students of the school and Canute Simpson, JN Bank’s business relationship and sales manager.

Samuels reported that the 58-year-old institution has been doing well, and that the most recent National Education Inspectorate report indicated that the school was performing satisfactorily. As a result, most of its graduates were placed in traditional high schools, such as Hampton High School, Munro College, Mannings High School and Belmont Academy.

“Once you get good passes, you are rated as doing well academically,” she pointed out.

Samuels also reported that, in terms of sports, the school is poised to compete in the national championship of the Volley Ball Competition, having placed second in the parish. The school has a population of more than 200 students and serves the communities of New Works, Beeston Spring, Bog and other nearby communities.

The JN Bank MAC, formerly known as the “Branch Advisory Councils,” were established in 2006, to provide JN members with the opportunity to engage directly in the identification and selection of projects, to positively impact negative issues in their communities.

Over the years, the MACs implemented numerous projects in communities across the country. Today, with the establishment of the JN Circle, the activities of the MAC will be subsumed into the JN Circle, a national network of service clubs, which are empowered by Jamaica National to advocate for change and strengthen the communities in which its bank and other JN corporate entities are located.

SPECIAL MOMENT: When KC won the Manning Cup for first time in 32 years