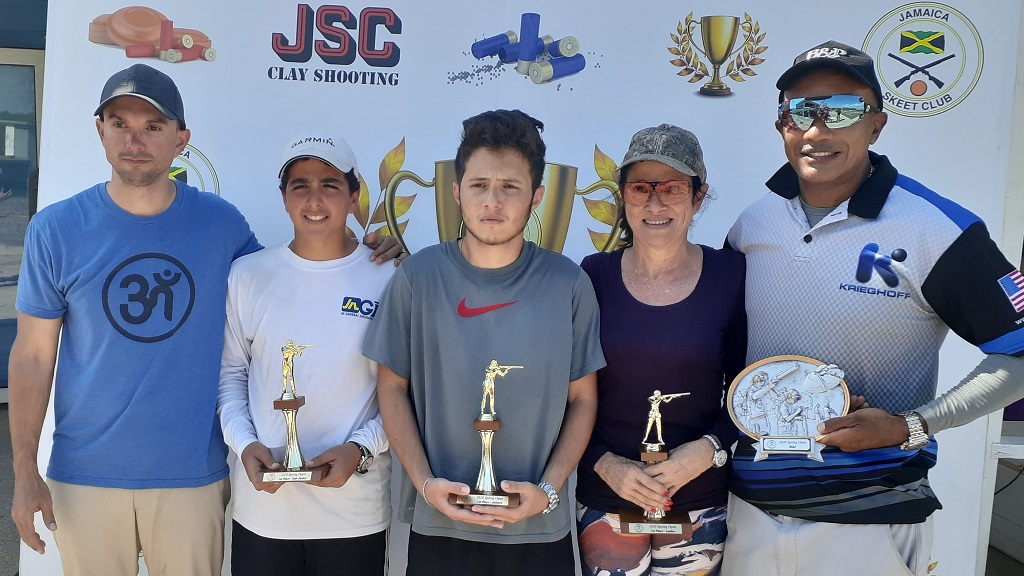 McMaster shot 87 ahead of last year's runner up Geoffrey Ziadie and Gerry Chin, who both shot 86 and had to duel in a shoot-off to determine the runner-up.  Ziadie got the better of Chin after putting away five of eight targets to Chin's three, to bag the runner-up spot for the second year in a row, while Chin became the 'A' Class champion.

McMaster was pleased with the win. "To be honest, I am grateful for the score but it could be better but on the day, the score of 87 won and I am very grateful."

He further said, "it was a challenging course, fair target I thought, very good course.  Oneil Brown (course setter) at his best again.  I just thought it was an excellent course.  This course can stand up anywhere in the United States."

According to McMaster the tournament condition "was slight windy at times, moving the targets, changing the trajectory of lines of the target and you just had to bury your head and keep looking at the targets.

"Occasionally we have a little bit of sun and most time I was begging when I am in the cage for the sun to come up but other than that the overcast did play on all of us, not just me, on all of us and you just had to really focus on the target and looking at them hard."

McMaster now looks forward to the Gator Cup.  Fifteen Jamaicans will compete in the Gator Cup including McMaster's wife, Wendy. She won the Spring Open last year but did not compete this year as she was off the island.

Marguerite Harris won the female section, She shot 63 ahead of Renee Rickhi (59) and Yasmin Benjamin (50).

Harris was pleased with the win. She said, "it feels very good. It was a difficult course, challenging, and we had four pairs so that made it a little bit harder."

The shooters had to pick off 100 birds or targets on the day.

Three of the 75 shooters who competed in the Spring Open Sporting Clays gained promotion to higher classes after winning their classes.

President of the Jamaica Skeet Club Jordan Samuda won the 'B' Class and will now move on to 'A' Class.  Joshua Lym was promoted to 'D' Class and David Ffrench to 'E' Class.

The top three in the various classes were: