Liverpool slump to first loss of EPL season, 3-0 at Watford 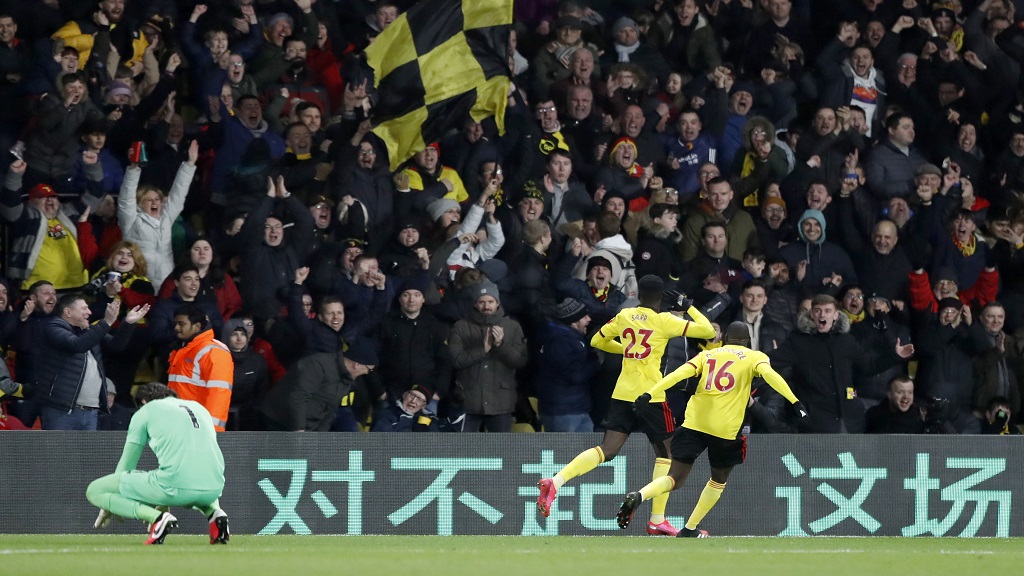 Liverpool’s ambitions of going through the English Premier League (EPL) season unbeaten were ended Saturday in a surprise 3-0 loss at Watford, marking the runaway leaders’ first loss in 45 top-flight matches stretching back to January last year.

All of Watford’s goals, through Ismaila Sarr’s double and Troy Deeney, came in the second half as Liverpool’s record-tying 18-match winning run since October disintegrated against a team languishing in the relegation zone.

Liverpool are still the heavy favourite to clinch a first championship title in 30 years - the Reds hold a massive 22-point lead over Manchester City - but the manner of the collapse at Vicarage Road will be worrying for manager Juergen Klopp, whose typically obdurate defense was carved open repeatedly.

This defeat came after a 1-0 loss to Atletico Madrid in the first leg of their Champions League last-16 match and a sloppy display in beating West Ham 3-2 in the league on Monday.

That left Liverpool tied with Manchester City’s class of 2017-18 on 18 straight Premier League wins - a record in the English top-flight - but the streak came crashing to an end at Vicarage Road. 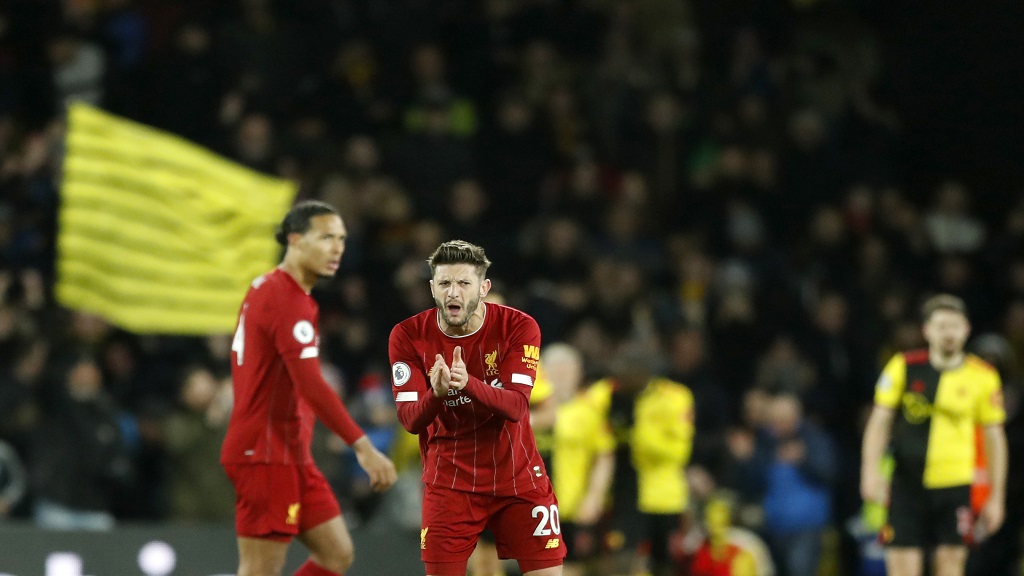 Liverpool’s most recent loss had been to City on Jan. 3, 2019 - midway through last season. The team had only dropped points once this season, away to Manchester United in a 1-1 draw on Oct. 20.

From looking unbeatable, Liverpool played like a relegation candidate against Watford even though the home team lost one of its most dangerous players, Gerard Deulofeu, to what looked like a serious knee injury in the first half.

Liverpool conceded a sloppy first goal in the 54th when a throw-in bounced over defender Dejan Lovren, Abdoulaye Doucoure drove the ball across the face of goal, and Sarr tapped home.

Sarr was given freedom to race behind Liverpool’s defense and onto Deeney’s through-ball before chipping goalkeeper Alisson for the second in the 60th.

Then, in the 72nd, Deeney stroked the ball into an unguarded net after Sarr intercepted a sluggish back-pass from Trent Alexander-Arnold that was aimed for Alisson.

Arsenal, of the 2003-04 season, remain the only team to go through a season undefeated since the start of the Premier League in 1992.

Juventus-Inter among 5 Serie A games postponed amid coronavirus fears