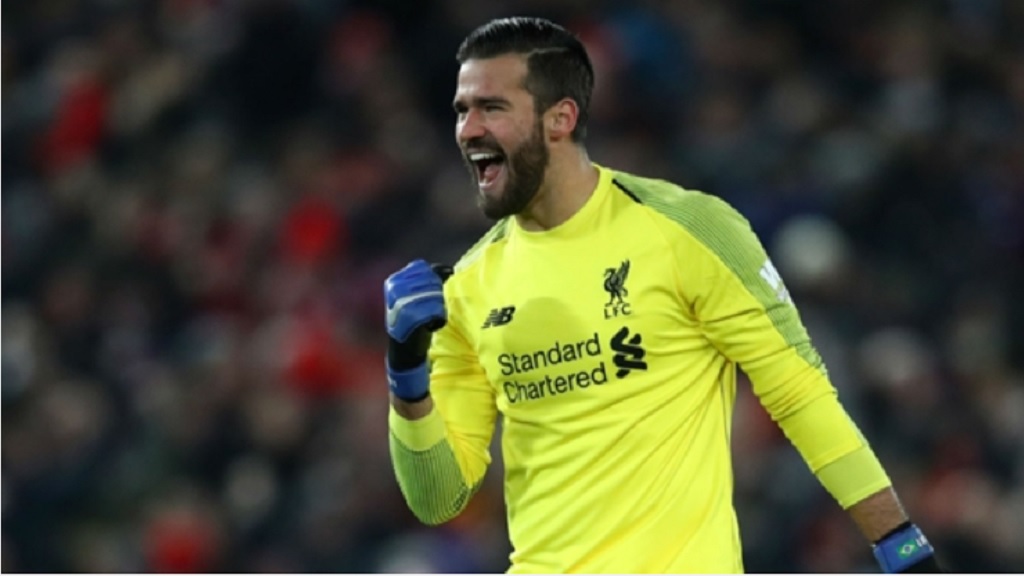 Alisson believes Liverpool are "on the right path again" after admitting the reigning Premier League champions had let their lofty standards slip.

Jurgen Klopp's Reds were crowned with a record seven games to spare in the 2019-20 season but, perhaps unsurprisingly, their form dipped in the closing weeks, winning just five of their nine league fixtures upon the restart in June.

The new campaign began with a shaky 4-3 victory over newly promoted Leeds United, yet Liverpool looked more like the team who ran away with the title when seeing off Chelsea 2-0 at Stamford Bridge last weekend.

Sadio Mane scored twice and, playing against 10 men, there was a welcome clean sheet for goalkeeper Alisson, who saved a second-half penalty from Jorginho.

The Brazil international was particularly pleased with the way his team-mates approached what was a difficult game against opponents who finished the previous campaign in the top four.

"We know that we dropped a little bit, we don't know why," Alisson told Sky Sports.

"It wasn't something we wanted to do but we knew we had to go back to our path if we want to be competitive this season for the title, because I believe this season the level is higher.

"It is just the beginning of the season, we had a difficult game against Leeds, it was an open game where anything can happen. It was 4-3 and a good game for anyone who is watching football, but a really hard game to play

"But what I liked was our mentality on that game. I think we are on the right path again."

Liverpool will aim to maintain their 100 per cent record in the league in the early stages of the 2020-21 season when they host Arsenal on Monday.

The Gunners recorded a 2-1 home victory over Klopp's side back in July, then also prevailed on penalties in the Community Shield following a 1-1 draw at Wembley Stadium.

Coronavirus cases in the Caribbean to date: 227,977