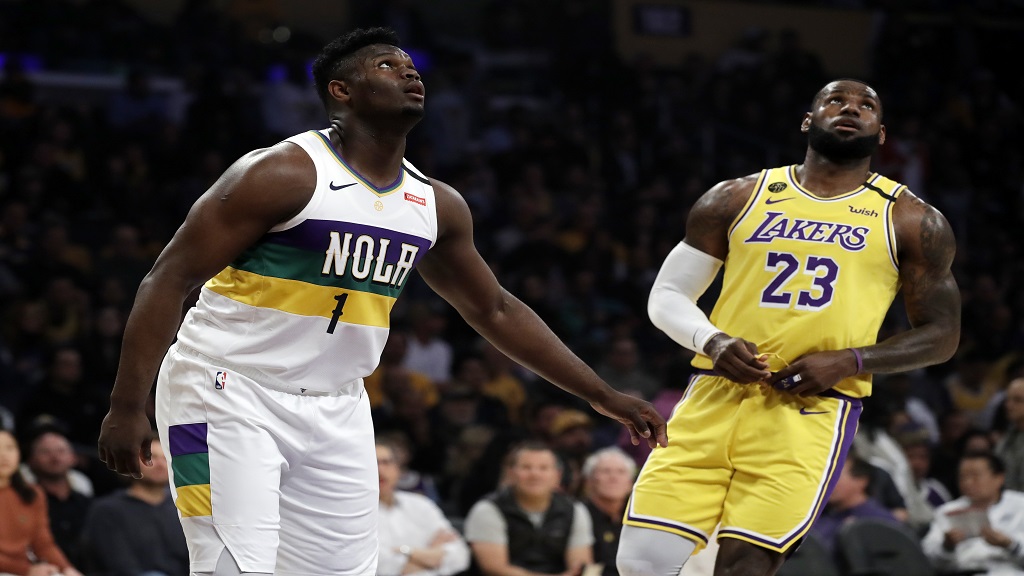 New Orleans Pelicans' Zion Williamson (1) looks on from under the basket during free throws next to Los Angeles Lakers' LeBron James (23) during the first half of an NBA basketball game Tuesday, Feb. 25, 2020, in Los Angeles. (AP Photo/Marcio Jose Sanchez).

LeBron James inspired the Los Angeles Lakers to a sixth straight win, while the Milwaukee Bucks secured their 50th victory of the NBA season.

James posted a season-high 40 points in the Lakers' 118-109 victory over the New Orleans Pelicans on Tuesday.

Anthony Davis had a double-double of 21 points and 14 rebounds, while James went 17-of-27 from the field while also contributing eight rebounds and six assists.

The top pick in the 2019 NBA Draft, Zion Williamson poured in 29 points for the Pelicans.

In a battle between the Eastern Conference's top two, the Bucks were too good for the Toronto Raptors 108-97.

Giannis Antetokounmpo had 19 points, 19 rebounds and eight assists as Milwaukee improved to 50-8.

Zach LaVine's 41 points were not enough for the Chicago Bulls, who were edged by the Oklahoma City Thunder 124-122.

Charlotte are now 3-7 in their past 10 after the heavy loss to the Pacers. Terry Rozier went two-of-13 from the field for five points in 26 minutes.