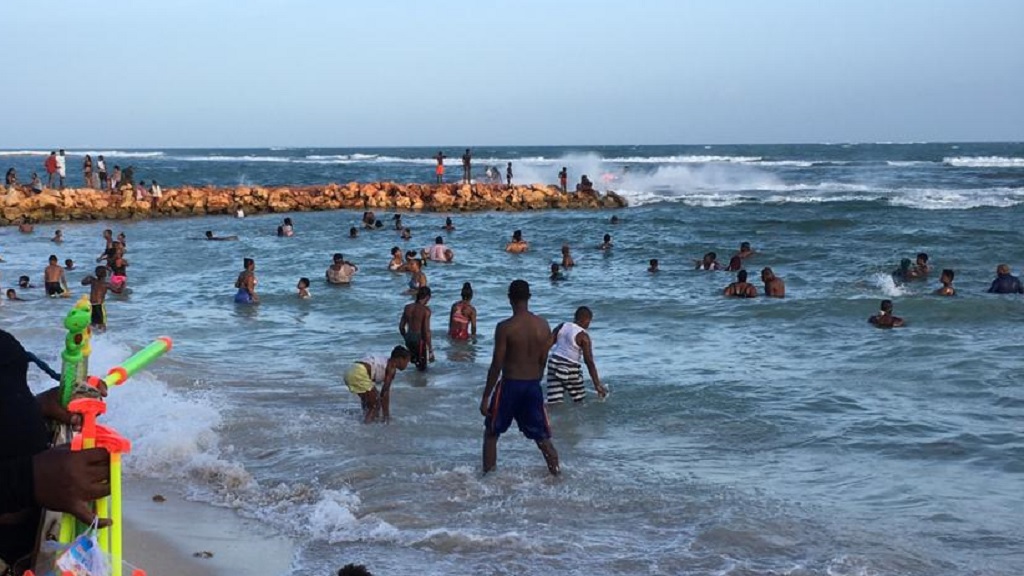 Despite the presence of the police (two officers were seen), scant regard was being paid to COVID-19 protocols by the hundreds of Jamaicans and visitors who descended on the Hellshire beach in St Catherine on Independence Day on Thursday.

The first sign that the venue was overcrowded was observed as soon as a Loop News team pulled up to the location as vehicles were parked all the way to the gate; every inch of available space had a motor vehicle parked there. And this was 5.30 in the afternoon, with more vehicles rolling in.

One person commented that the beach was crowded all day Thursday, while another said "it going to get more crowded later". 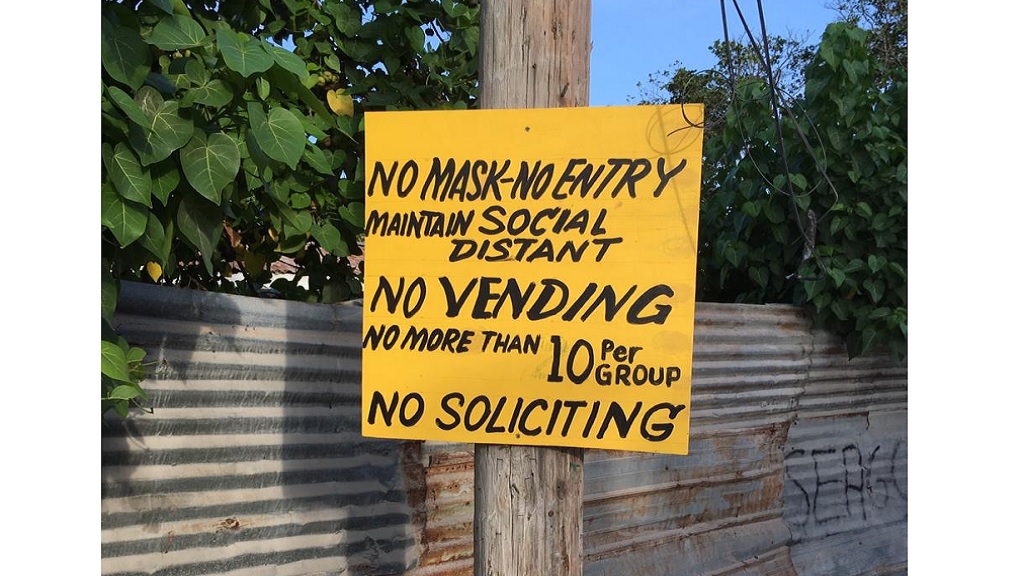 Despite a sign on a light pole with bold black letters on a bright yellow background stating “No mask no entry", while urging beachgoers to maintain social distance and also stating that there should be no vending among other things, all of that appeared to be for naught as it appears very few people were paying attention.

As for no-vending by persons who ply their wares while walking, this protocol was not observed. Several vendors were seen walking around selling shrimp, peanut and even toys for children among other items. In some of the shops where dining is allowed, our news team saw tables joined together with up to 12 people seated at one table.

Music blared from some motor vehicles and, all around, men and women congregated in close quarters while consuming alcoholic beverages. Just a few people were observed with masks in their possession and fewer still were wearing them.

At one stage, two drivers went at each other in a mad scramble to park as both attempted to park in the same space that was being vacated by another vehicle. Cooler heads convinced them that it was not worth it and one parked while the other went looking for the next available space.

Meanwhile, both Prime Minister Andrew Holness and Local Government Minister Desmond McKenzie indicated at a COVID-19 press conference at Jamaica House on Thursday that the existing protocols will become more restrictive in the coming days because of the low level of compliance among some people.

The prime minister also said the police will now be moving to arrest and charge people for breaches of the health protocols.

VIDEO: US travel warning in place for most countries - Bartlett