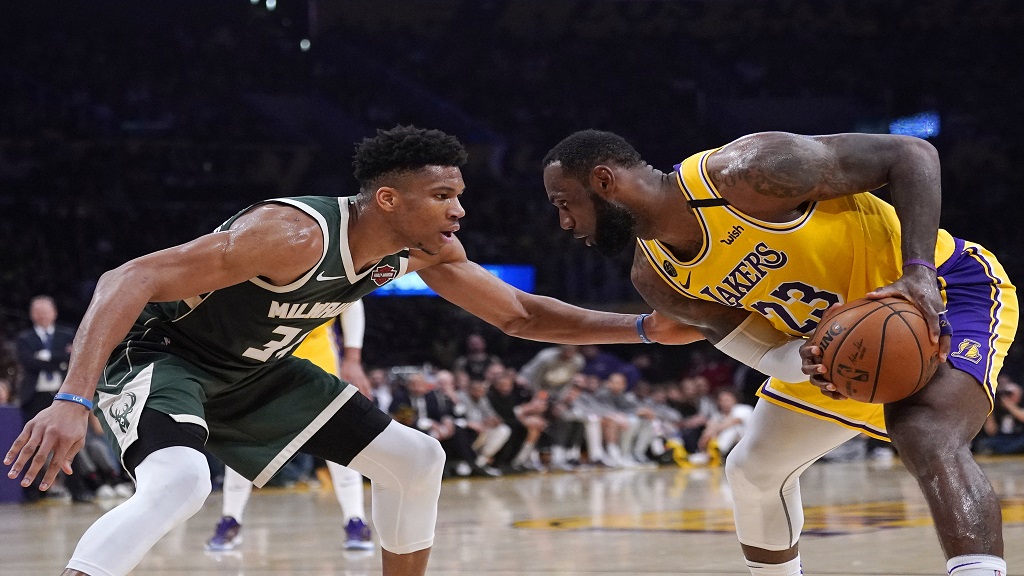 James led the Lakers to a 113-103 victory at home to Antetokounmpo and the visiting Bucks in Los Angeles on Friday.

Anthony Davis added 30 points and nine rebounds for the Lakers, who improved to 48-13 following the blockbuster showdown.

Antetokounmpo's 32 points and 11 rebounds were not enough as the high-flying Bucks fell to 53-10 for the season.

Aron Baynes had a game to remember. The Australian tallied a career-high 37 points, 16 rebounds and made nine three-pointers as the Phoenix Suns defeated the Portland Trail Blazers 127-117. He joined James Harden as the only players in NBA history with 30-plus points, 15-plus rebounds and eight or more three-pointers in a game.

Kristaps Porzingis recorded his fifth straight game with at least 20 points and 10 rebounds after putting up 26 and 11 in the Dallas Mavericks' 121-96 victory against the Memphis Grizzlies.

Duncan Robinson made history in the Miami Heat's 110-104 loss away to the New Orleans Pelicans. Robinson finished with 24 points following eight three-pointers. It took Robinson's three-point tally to 233 this season – a single-season record by an undrafted player.

Bradley Beal's 35-point performance extended his streak of 25-plus points to 21 consecutive games. It tied LeBron James for the second-longest run by an Eastern Conference player since the 2000-01 season. The Washington Wizards won 118-112 against the Atlanta Hawks.

Usually a handy contributor for the Lakers, Avery Bradley failed to make much of an impact despite his team's victory over the Bucks. The point guard played 31 minutes and failed to make any of his shots from the field (0 of five) or three-point range (0 of three). His two points came from the free-throw line.

The Chicago Bulls went down 108-102 to the Indiana Pacers and Lauri Markkanen headlined his team's woes. The 22-year-old had just three points, going one of 10 from the field and missing all five of his shots from beyond the arc.

The Philadelphia 76ers (38-25) will be eyeing back-to-back road wins when they travel to the Golden State Warriors (14-49) on Saturday.