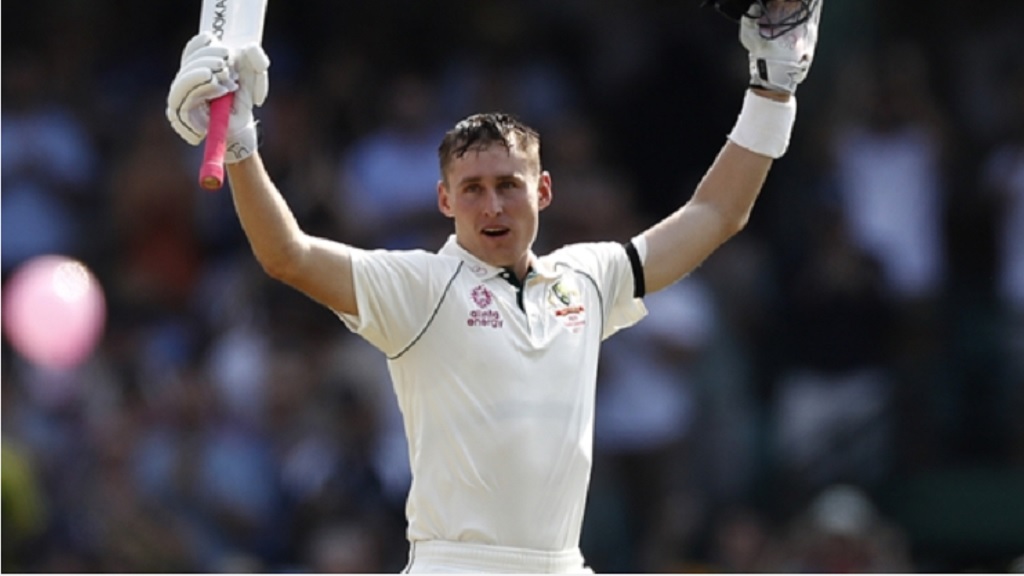 Marnus Labuschagne extended his fine run of form as Australia's dominance of New Zealand continued in Sydney on Friday.

Labuschagne scored his fourth century in his past seven innings as Australia controlled the opening day of the third Test at the SCG.

The right-hander made an unbeaten 130, striking 12 fours and a six as the hosts – who are looking for a series sweep – reached 283-3 at stumps after deciding to bat first.

The tough day started before a ball was bowled as the Black Caps made five changes, with Kane Williamson, Henry Nicholls and Mitchell Santner out through illness and Tim Southee not picked.

Losing the toss only added to their woes, but De Grandhomme did manage to land an early blow.

Joe Burns (18) edged a delivery that moved away slightly and Ross Taylor took a simple catch at first slip.

But it was an otherwise comfortable opening session for Warner and Labuschagne as Australia got to lunch at 95-1.

The Black Caps managed to slow Australia's scoring, with Smith needing 39 balls to get off the mark.

Labuschagne brought up his fourth Test century during the final session with a four down leg off De Grandhomme before New Zealand wasted a review for lbw against him off Will Somerville (0-52).

De Grandhomme managed to get Smith with the second new ball – the star batsman edging to Taylor – before Matthew Wade (22) and Labuschagne got to stumps with Australia in a commanding position.

Australia attack up there with best of any era - McGrath

Cummins stars as Australia close in on victory against New Zealand