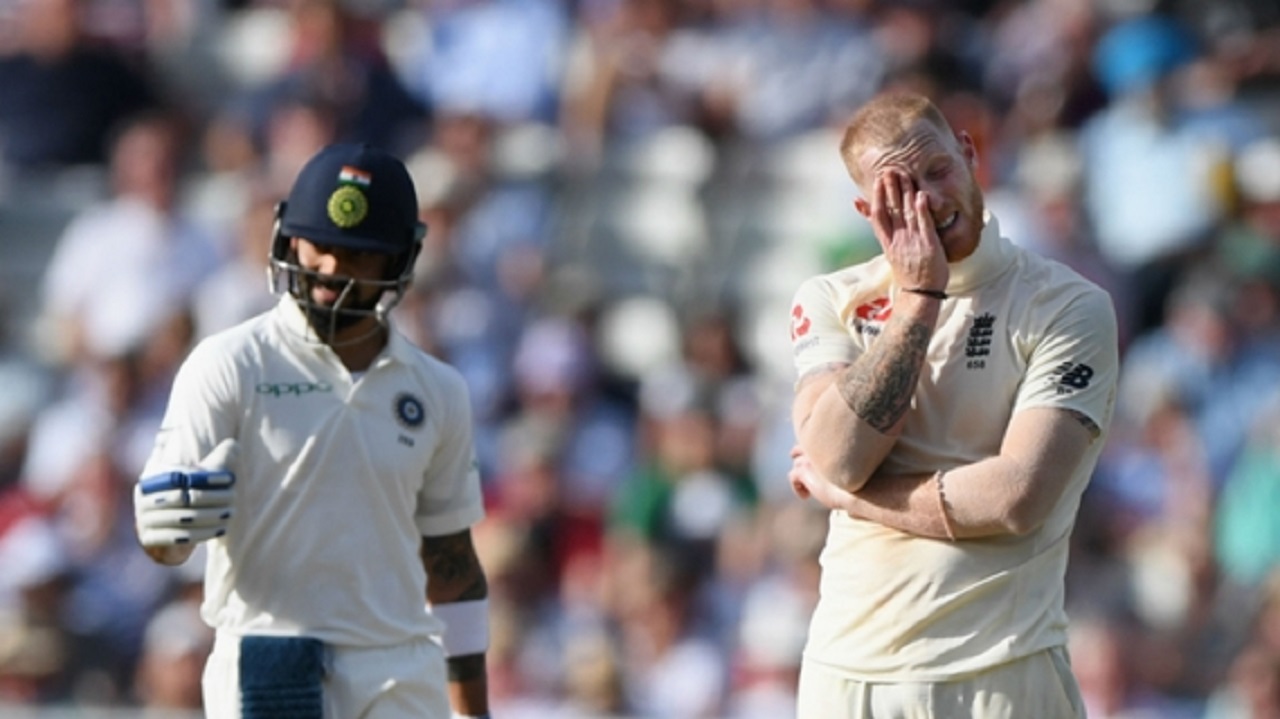 Virat Kohli frustrated the England bowlers at Edgbaston as his stunning century dragged India through a difficult second day of the first Test on Thursday.

The India captain has been criticised for his failure to perform in England, but he went well beyond his previous highest total of 39 in this format to slow the hosts.

Sam Curran (4-74) and Ben Stokes (2-73) had initially excelled with the ball as England moved on swiftly from a tough innings of their own in which only two runs were added to an underwhelming overnight total of 285-9.

A scintilating Stokes display followed lunch - including his 100th Test wicket - as India struggled to stay afloat, but numerous drops at slip handed Kohli and the tourists a lifeline.

Kohli chipped away at what had been a healthy England advantage and reached 149, the lead narrowed to 13 runs, before he finally departed to oversee a strong start in the field.

Although Curran (24) went early, edging Mohammed Shami behind to Dinesh Karthik to conclude his side's innings, it was the same man who turned the match back in England's favour after India's solid start with the bat.

England remained on the front foot in the second session and Stokes was soon rewarded for his fine bowling.

Frustratingly denied as England opted not to appeal a non-call lbw, Stokes responded by removing Ajinkya Rahane (15), who stabbed a delivery to Keaton Jennings, and then smashed through Karthik's (0) stumps to bring up his century.

There could have been further swift progress, too, as Stokes' dismissal of Hardik Pandya was overturned, before Malan and Alastair Cook each dropped at slip from consecutive deliveries.

The wickets of Pandya (22), Ravichandran Ashwin (10), Shami (2) and Ishant Sharma (5) did steadily follow, but Malan dropped from Kohli again, with a tiring England unable to remove the obvious source of danger.

It proved costly as Kohli sailed into three figures with a series of effortless boundaries, building a one-sided partnership of 57 with Umesh Yadav (1 not out) until Adil Rashid collected his first wicket of a controversial Test return to halt the India captain and the innings.

And England could not get through the final four overs of the day without loss, with Cook going to Ashwin for a duck to leave Jennings in the middle and the hosts frustrated at 9-1, 22 runs ahead.

Kohli: I have nothing to prove in England