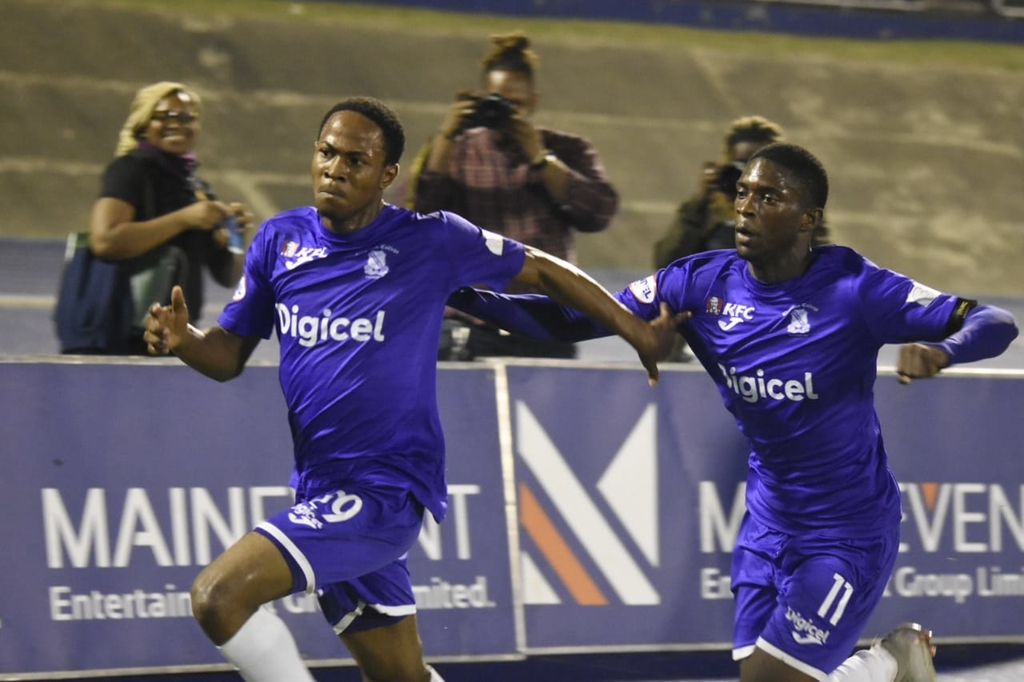 Tyreese Williams led the 'Purples' with a hat-trick. Williams' goals came in the fourth minute, 19th minute and 62nd minute.

KC got their other goals from captain Jamari Morrison, who opened the scoring in the second minute, track star Ari Rogers and substitutes Dwayne Atkinson, Matthew Bell, and Jean-marc Gayle.

With the victory, KC moved to maximum nine points to stay atop Group G, six points ahead of second-place Excelsior High, which have won two of their three games.

In the group’s other game, hosts Pembroke Hall and Dunoon Technical battled to a 0-0 draw, a result that handed both teams their first points.

In the group’s other game, Penwood High rebounded from defeats in their first two games to beat Oberlin High 1-0 at the Golden Spring field.

Last season’s beaten finalists St George’s College also extended their perfect record in Group F with a 3-0 victory over visitors Campion College. The Neville Bell-coached team has now moved to maximum nine points, a five-point lead over second-place Eltham High and third-place Calabar High, which are both on four points.

ZONE B
Frome vs Rusea's
Green Island vs Hopewell

Three irrigation wells to be developed in Parnassus, SW Clarendon