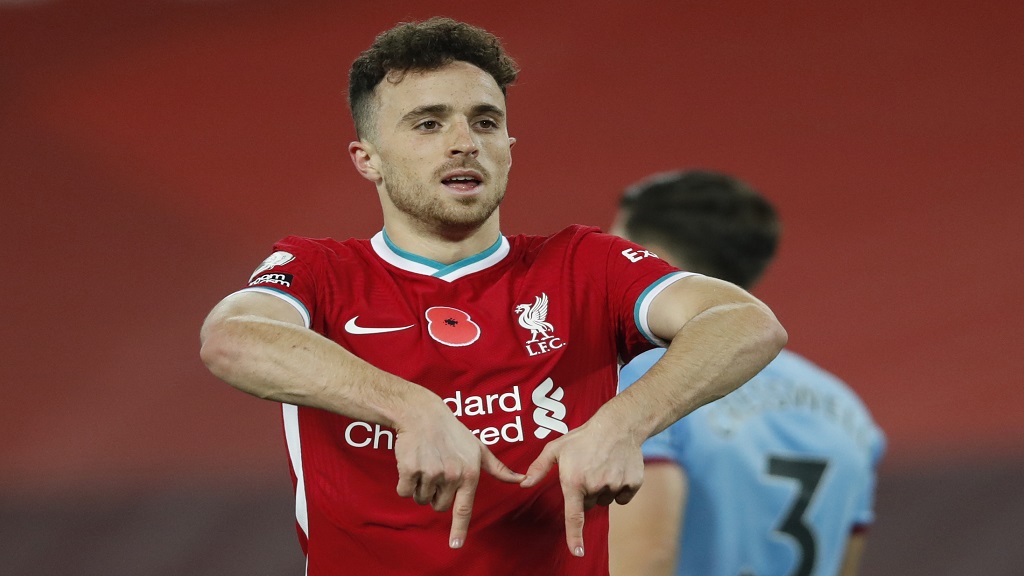 Diogo Jota scored an 85th-minute winner as Liverpool came from behind to beat West Ham 2-1 and climb above Merseyside rival Everton to the top of the Premier League on Saturday.

Jota had just had a goal disallowed following an intervention by VAR when he ran onto a perfectly weighted pass from fellow substitute Xherdan Shaqiri and slotted home his finish in front of an empty Kop stand at Anfield.

Portugal winger Jota, who joined from Wolverhampton in the summer transfer window, has now scored in three straight matches.

Liverpool fought back from going behind to a 10th-minute goal by Pablo Fornals, with Mohamed Salah scoring the equaliser from the penalty spot in the 42nd after being tripped from behind by Arthur Masuaku.

The defending champions moved three points clear of Everton with a fifth win in seven games so far in their title defense.

By avoiding defeat, Liverpool tied the club-record of 63 home league games unbeaten and have won 29 of their past 30 top-flight matches at Anfield.

Liverpool’s injury problems at centre back led manager Jürgen Klopp to give Nat Phillips, a 23-year-old who spent last season on loan at Stuttgart in Germany’s second division, his Premier League debut.

Ziyech, Werner score as Chelsea ease to 3-0 win at Burnley

JFF sends condolences to Argentinian FA after death of Maradona