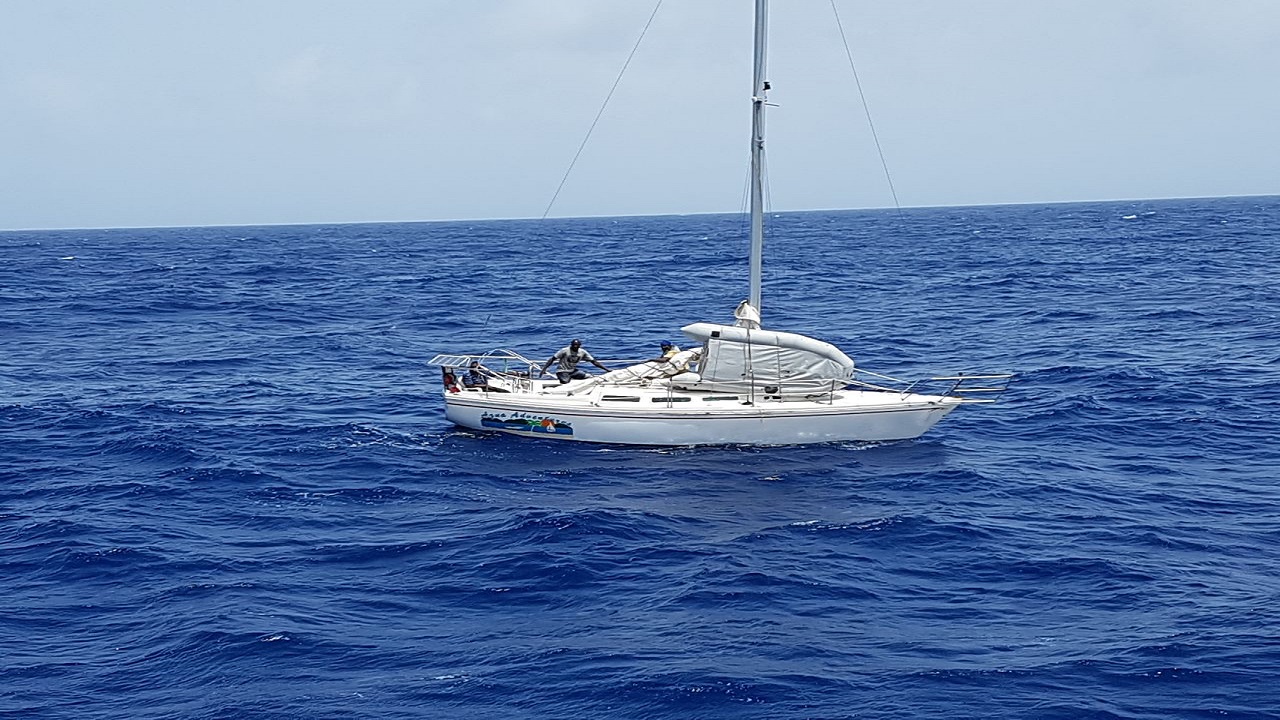 Four men aboard a disabled sailboat, about 180 miles south east of Kingston, were rescued by the Jamaica Defence Force (JDF) Coast Guard on Wednesday.

According to Lieutenant (Senior Grade) Delando Coriah, the JDF Coast Guard received information on Tuesday, from the Curacao Rescue Coordination Centre, that about four persons aboard a 30-foot sailboat named MAST CONFUSION was disabled and adrift at sea.

“Based on the position, the JDF Coast Guard determined that the vessel was inside Jamaica’s Search and Rescue area and HMJS CORNWALL, one of the Coast Guard’s two new Offshore Patrol vessels was deployed to conduct a search to effect the rescue of the crew,”  Coriah said.

He added, “Upon arrival in the general area, a brief search was conducted and the vessel was found drifting towards the general direction of Central America. It was then determined that the safest option was to take the vessel in tow to Port Royal, where it was safely moored.”

The occupants, two Jamaicans, one Antiguan and one Montserratian were then processed and medically examined. The men stated that they had departed Jamaica for Antigua on July 2, 2017 but developed mechanical difficulties while en-route and have been drifting since. Additionally, the vessel’s sails were not working and their GPS was not functioning properly.

Although the crew has been landed, the vessel has been detained by the Maritime Authority of Jamaica for breaches of basic safety requirements under the Shipping Act (1998) and will not be allowed to depart Port Royal until those deficiencies are rectified.

This is the second interaction between the JDF Coast Guard and the vessel as in 2015 the vessel was flagged for numerous safety deficiencies when leaving Jamaica for Antigua.

The JDF Coast Guard is Jamaica’s National Coordinator for Maritime Search and Rescue and is responsible for an area spanning 275,000 nautical sq. miles.