JCF recognised internationally for its use of GIS technology 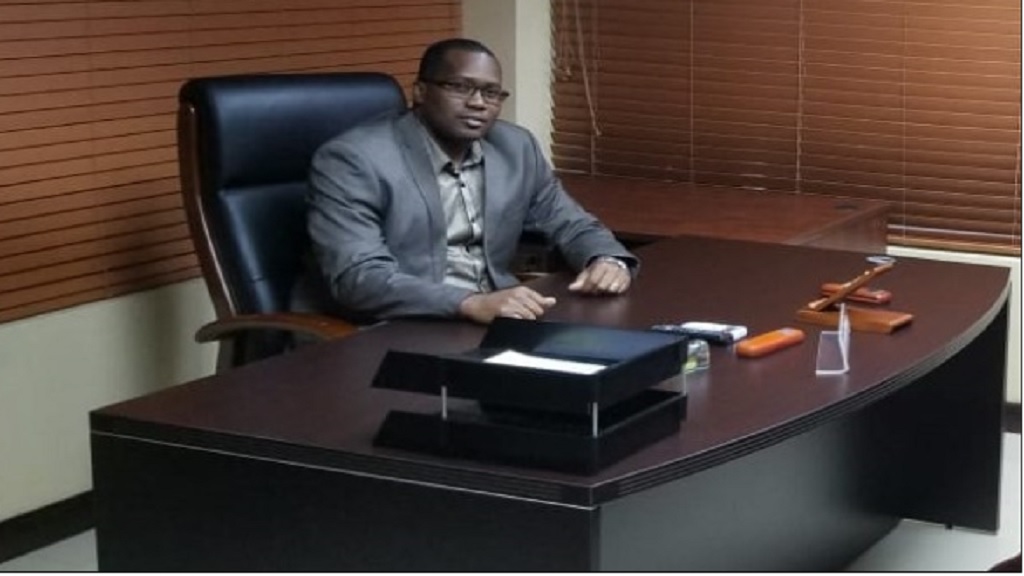 The Jamaica Constabulary Force (JCF) has been recognised internationally for its strategic use of the Geographic Information System (GIS).

Dubbed the Special Achievement in GIS Award, or SAG for short, the award is conferred on clients of Esri, the global industry leader in GIS technology - with over 40 per cent market share. Among the enterprise’s clients are companies from varying industries, including oil, gas, aviation and manufacturing.

Deputy Superintendent Orette Bascoe, who heads the JCF’s Statistics and Information Management Unit (where the six-member GIS team is based), travelled to San Diego in the US on July 2 to receive the award on behalf of his team.

Bascoe said the award recognises the talent, dedication and expertise of his team. He explained that some of the members are certified by the National Spatial Data Management Division, which manages GIS for the Government of Jamaica, while others have first degrees in urban planning.

"I have an excellent team of persons, and I want to tell them thanks for their help," said Bascoe. He also made mention of his colleagues at the Scenes of Crime Unit, whose co-operation, he said, has served to amplify his team’s data, making more precise judgments possible.

The JCF has been using GIS-type technology since 1994 when the constabulary established the GeoCode Unit. The predecessor to the modern team analysed crime data based on addresses, but with the Government of Jamaica’s acquisition of a licence from Esri in 2002, it allowed for the upgrading and expansion of the unit.

Now, the GIS unit is a key part of the strategic decisions of the JCF. 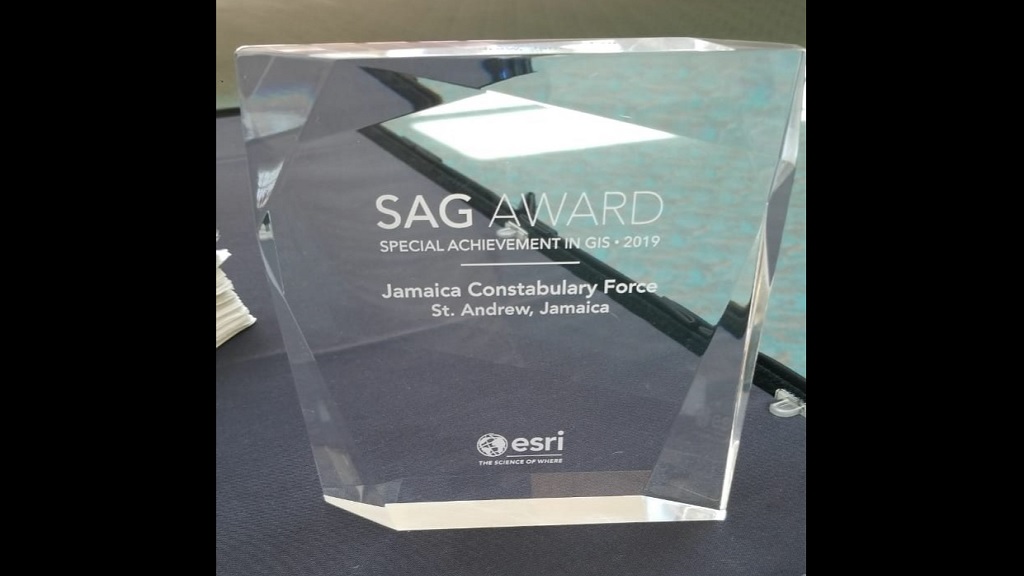 A plaque that was presented to the JCF for its use of GIS technology.

"Everything happens somewhere,” Bascoe explained. “The police respond at a location, crimes happen at a location, police stations are based at specific locations. Imagine if we aggregate and integrate this data into our decision-making, we can impact critical decision-making because GIS highlights issues, patterns and emerging trends. So far, it has been very valuable in that regard,” he added.

Bascoe gave an example, stating that the use of GIS was critical in determining the extent of the last state of public emergency in the St Andrew South Police Division. He said law enforcers were able to use the mapping to demarcate the areas in which the concentration of crime was highest, and so direct resources there.

The GIS team continues to push the envelope of technology, finding an ever-increasing level of buy-in for the technology's prospects. Presently, they use data to conduct spatial analysis of the JCF’s geographic police divisions.

The analysis identifies hot spots - communities where multiple incidents have happened - as well as hot products, those regularly targeted by thieves, and hot prey - persons most likely to be victims.

The application can also be targeted at other events, such as traffic accidents. 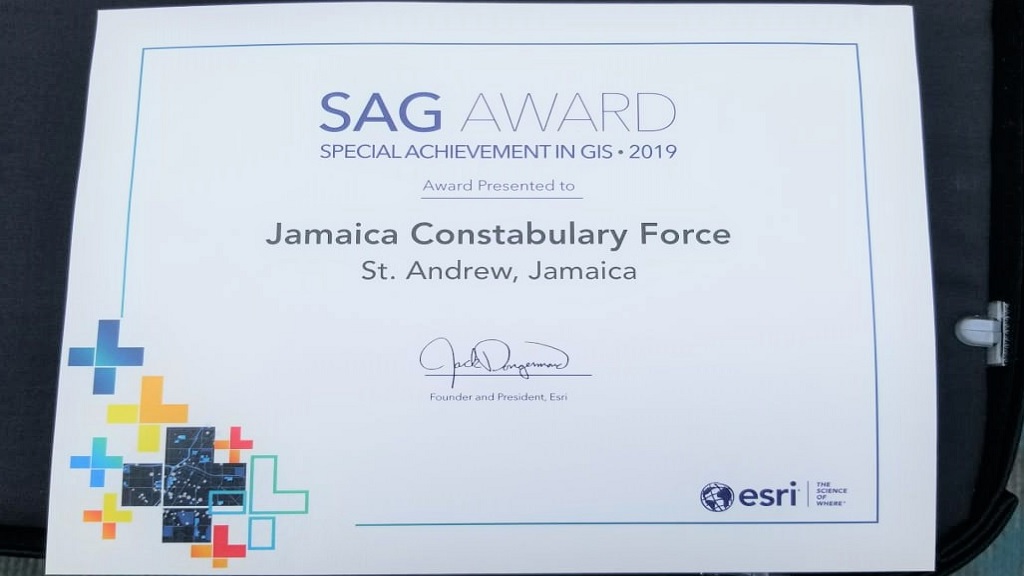 A certificate that was also presented to the JCF for its use of GIS technology.

“What it does is to give everyone at different levels a common operating picture,” Bascoe said of GIS.

“The commissioner of police, a divisional commander and the constable on the beat can all have the same appreciation of the geographic space - in real-time - without ever having to be in the same place."

Already the holder of a master’s degree in computer-based management information systems, Bascoe is an aspiring data scientist with big plans for the continued use of GIS in the JCF.

"If we can garner enough data—big data—then eventually we will be able to use artificial intelligence to develop predictive problem-solving models. Based on previous occurrences, we would be able to identify trends even before they emerge, and GIS can assist us with that,” he said.

BACK TO SCHOOL: Unqualified JUTC managers ordered into classes