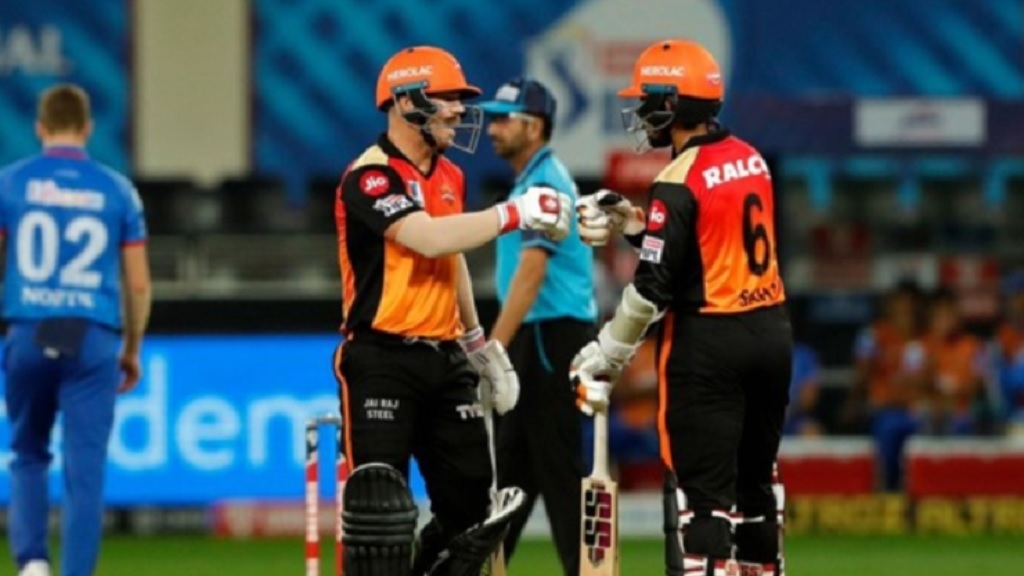 Manish Pandey (44 not out) and Kane Williamson (11 not out) helped their team reach 219 for two off their allotted 20 overs, meaning Delhi needed to achieve the second-highest successful chase in IPL history to win.

Suffice to say they came up short, with the Sunrisers' dismissal of Shikhar Dhawan for a first-ball duck an ominous sign for the Capitals. Marcus Stoinis (five) followed him back soon after having also been caught by Warner.

West Indies batsman Shimron Hetmyer (16) and Ajinkya Rahane (26) attempted to repair the early damage but both fell to Rashid Khan, who finished with outstanding figures of three for seven from his four overs.  Holder picked up a wicket for 46 runs from his allotted four overs.

Rishabh Pant top-scored for the Capitals with 36 but there rarely looked to be any hope of a remarkable turnaround - they were skittled for 131 with an over to spare.

Warner had got the Sunrisers' charge up and running, reaching 50 from just 25 balls, as they were left sitting pretty at 77-0 at the end of the sixth over, during which the left-hander struck five boundaries.

He eventually fell to Ravichandran Ashwin in the 10th over but Saha – opening in place of Jonny Bairstow, who was left out of the XI – kept going, eventually out 13 runs shy of a century as he tired towards the end of his knock.

It was a rare off-day for Kagiso Rabada, whose streak of successive IPL matches with at least one wicket ended at 25. That impressive run stretched back to 2017 when he also failed to make a breakthrough in a game against the Sunrisers.

There was no such misery for leg-spinner Rashid, who was in devastating form. His three-wicket haul takes him to 17 for the tournament this year, though that is still six behind Rabada's tally.

Study details how new technologies can speed up recovery in Caribbean