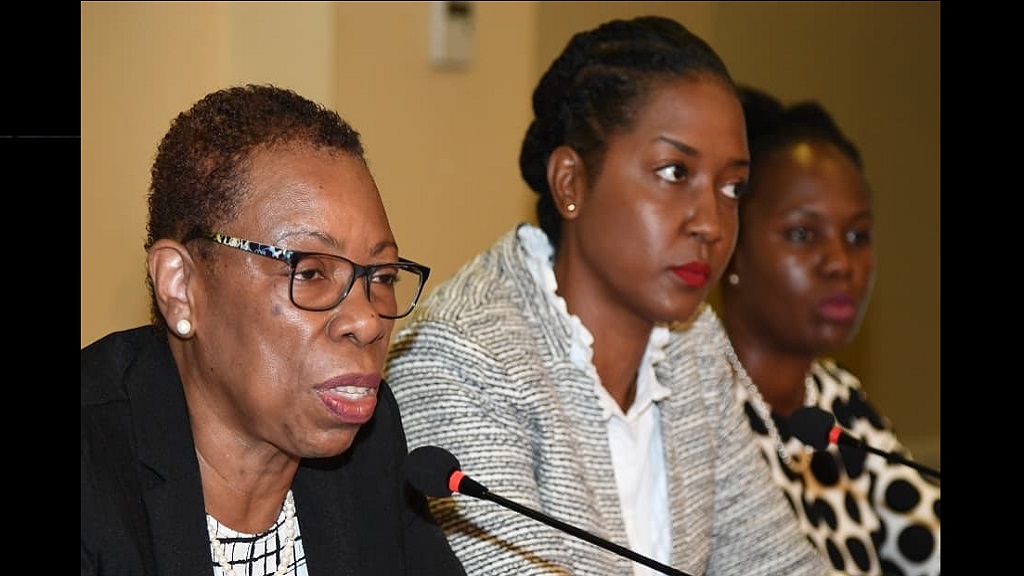 Director General of the Statistical Institute of Jamaica (STATIN) Carol Coy shares the findings of the October 2019 Labour Force Survey.

The country’s unemployment rate now stands at a new record low of 7.2 per cent as of October 2019, according to the latest information on the labour force provided by the Statistical Institute of Jamaica (STATIN).

This represents a reduction of 1.5 percentage points when compared to the corresponding period in October 2018.

It said the increase in employment for females was nearly twice that of males during the period under review. The number of employed males increased by 10,600 to 682,800 while employed females moved up by 18,600 to 565,600.

The second highest increase was for the occupation group ‘Service Workers and Shop and Market Sales Workers’ which grew by 13,900.

It appears the government’s efforts to bolster the numbers in the security forces are paying dividends as STATIN is reporting that the largest change in employment by industry group was in ‘Public Administration & Defence; Compulsory Social Security’. This group increased by 10,800 persons, moving from 60,300 in October 2018 to 71,100 in October 2019.

However, employment decreased in ‘Agriculture, Hunting, Forestry & Fishing’ by 6,500 persons to 188,500 over the same period.

Unemployment rate at new record low of 8 per cent - STATIN