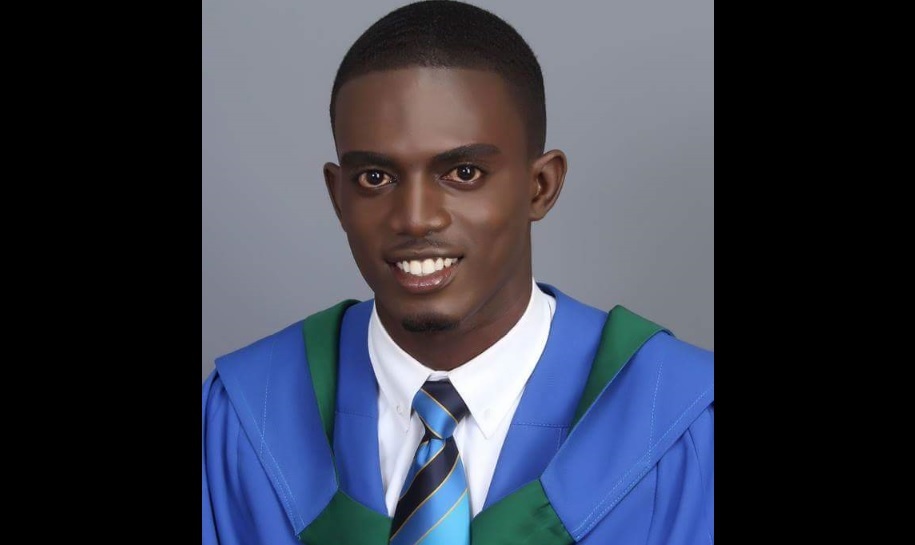 A Jamaican medical student stuck in Malaysia amid the novel coronavirus outbreak is a step closer to returning home after securing funds to purchase a plane ticket.

Minister of Foreign Affairs and Foreign Trade, Kamina Johnson-Smith made the revelation on Monday.

She revealed that her ministry has made contact with the student, who is enrolled at the University of China but stranded in Malaysia due to a travel ban to China caused by the deadly coronavirus outbreak.

Ramone Williamson, a graduate of the University of Technology in Jamaica, and a young medical professional aspiring to become a pediatric oncologist, created a GoFundMe page on Sunday to raise money, explaining that he had depleted all his resources after spending 28 days in Malaysia without knowledge of when he would be allowed to return to China to continue his studies.

In response to queries relating to Williamson's plight, Johnson-Smith tweeted on Monday that the Jamaican was now in a position to purchase a ticket home, and that the ministry was providing assistance with visa and routing information.

"In response to persons asking about the med (medical) student trying to return home (to Jamaica) from Malaysia, @mfaftja (Ministry of Foreign Affairs and Foreign Trade Jamaica) (has) been in touch with his family providing guidance re routing / visas etc as the ministry is advised that he is now in a position to purchase the ticket home," she tweeted.

Johnson-Smith also sought to assure the public that Williamson's GoFundMe page was legitimate. 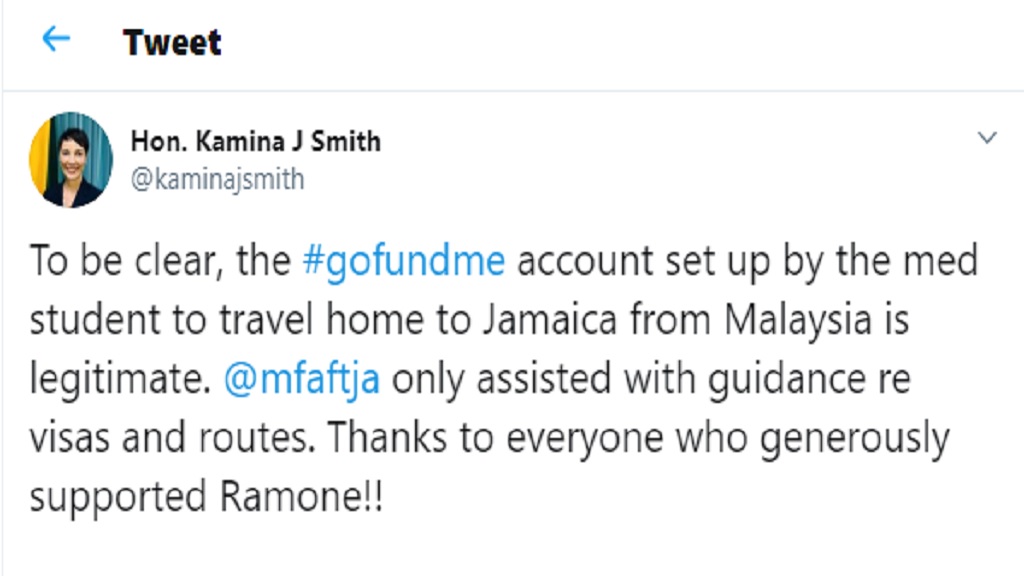 Williamson's GoFundMe page raised US$7,154 of the targeted US$8,000 up to publication time on Tuesday afternoon.

The young Jamaican explained via the crowdfunding website how he became stranded in the Asian country.

"Towards the ending of January just before the Chinese New Year, I left China for what should have been short travel to Malaysia. Within two days I learnt that there was an outbreak of a novel coronavirus in the Wuhan province. The worst was yet to come as three days later, the 2019-ncov (now referred to as COVID-19) had virtually spread to all provinces in China and resulted in a number of deaths.

"At this point my programme coordinator had contacted me to inform me that based on the current epidemic and the worsening of the situation I could not return to China, and that I should extend my travel for a few more days until given notice to return," wrote Williamson.

He shared that days later, he attempted to return to China, but was informed that there were travel restrictions as well as a partial shutdown, and he was not allowed to return under any circumstances until notified to do so.

"... Failure to abide by the preventative measures implemented by the university and the provincial government would result in disciplinary action being taken," added Williamson.

The Jamaican said he has been in Malaysia since that time, and has since been advised that that his classes will be held online. Additionally, he was advised to return to the Caribbean island.He further revealed that, "given the progress of the situation I can apply in advance to return (to China), provinding that the outbreak is under control."

In underscoring that he had depleted all his resources, Williamson appealed to persons to donate to aid in him staying "afloat until I can return home as well as help with travel expenses," adding that he would be "grateful" for the assistance.

UWI monitoring coronavirus outbreak; says it has 28 students in China

Jamaicans in China will not be brought home now, says Johnson Smith