Jamaican Olympian left without income in Arizona due to coronavirus 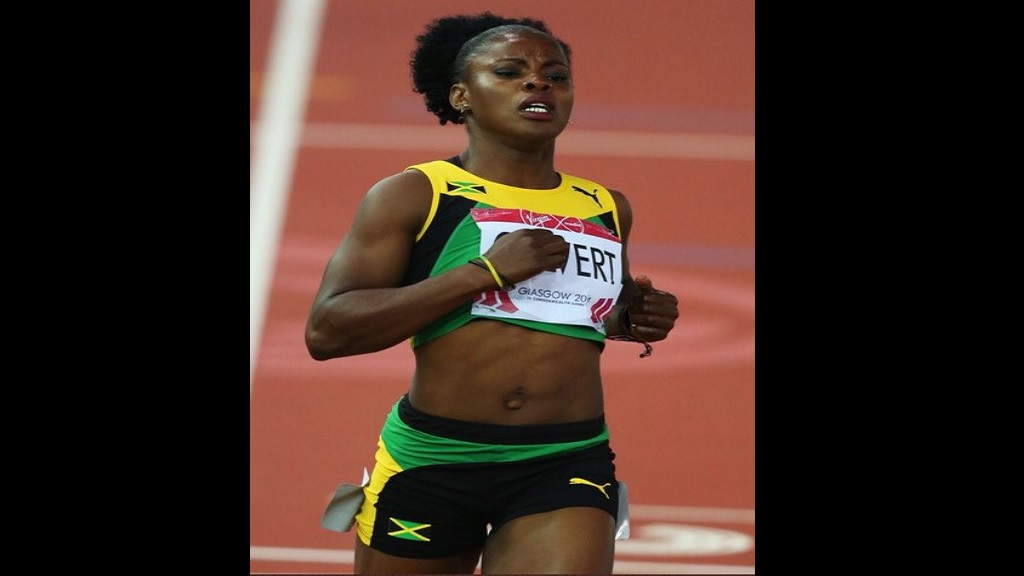 Thousands of sportsmen and women around the globe have been thrown out of work amidst the coronavirus (COVID-19) pandemic with leagues cancelled, training schedules disrupted and stadiums shuttered.

While the focus is usually on the elite athletes, a larger number of athletes barely get by during normal times, more so during a global health crisis that has effectively choked off their source of income. For many, if they are not competing, they are not earning.

One such athlete who is feeling the financial pinch is Jamaican Olympian, Schillonie Calvert-Powell who is based in Arizona in the United States.

In a recent media interview, the 31-year-old Calvert-Powell admitted that like other Olympic hopefuls, she has turned her attention to 2021. But, in the meantime, she is struggling to get by financially.

Calvert was a member of Jamaica's women's 4x100m relay team that won a silver medal behind the United States in London in 2012 but missed out on returning to the Olympics in 2016 due to injury. Representing her country in Tokyo was the goal she’s been working toward ever since.

“Everything really had shifted but I’m still having hopes, I’m still optimistic and turning my attention to 2021,” said Calvert.

But, at what cost is it all worth it?

Not only have the Olympics been postponed, but the track season could also end prematurely. At the moment, unsponsored athletes like Calvert are without any form of income.

“If your federation don't step in to kind of support you, at the end of the day you don’t have any earnings. Think of us, Jamaica, we are third world," Calvert said. "Regardless of how we look at it and think we are important because we have done the country well and we have put the country out there on a global stage, they have to put whatever resources or whatever monetary funds into their healthcare."

Calvert is doing her best to continue training in Arizona as her Olympic dreams and her form of income have been put on hold.

If she doesn’t receive financial support, she risks not being able to afford her rent or have money for food.

“I’m worried because I’m not sure how long this pandemic will last," Calvert said. "If you don’t have an income and you have to pay, you have to be worried as an individual, not only as an athlete.”

To some, the goal may not be worth it, but to Calvert, it’s a part of who she is and what she loves. She’s not ready to give up on her Olympic dream.

“I’m still passionate about the sport, I’m still enjoying everything that I do, so I don’t think I’m going to walk away for now,” Calvert said.

The Olympic Games in Tokyo have been rescheduled for the summer of 2021.

Worldwide, more than 1.4 million people have been confirmed infected and over 80,000 have died, according to Johns Hopkins University. The true numbers are almost certainly much higher, because of limited testing, different rules for counting the dead and concealment by some governments.

For most, the virus causes mild to moderate symptoms such as fever and cough. But for some older adults and the infirm, it can cause pneumonia and death. Over 300,000 people have recovered.